Fire breaks out near Russian Consulate in Istanbul 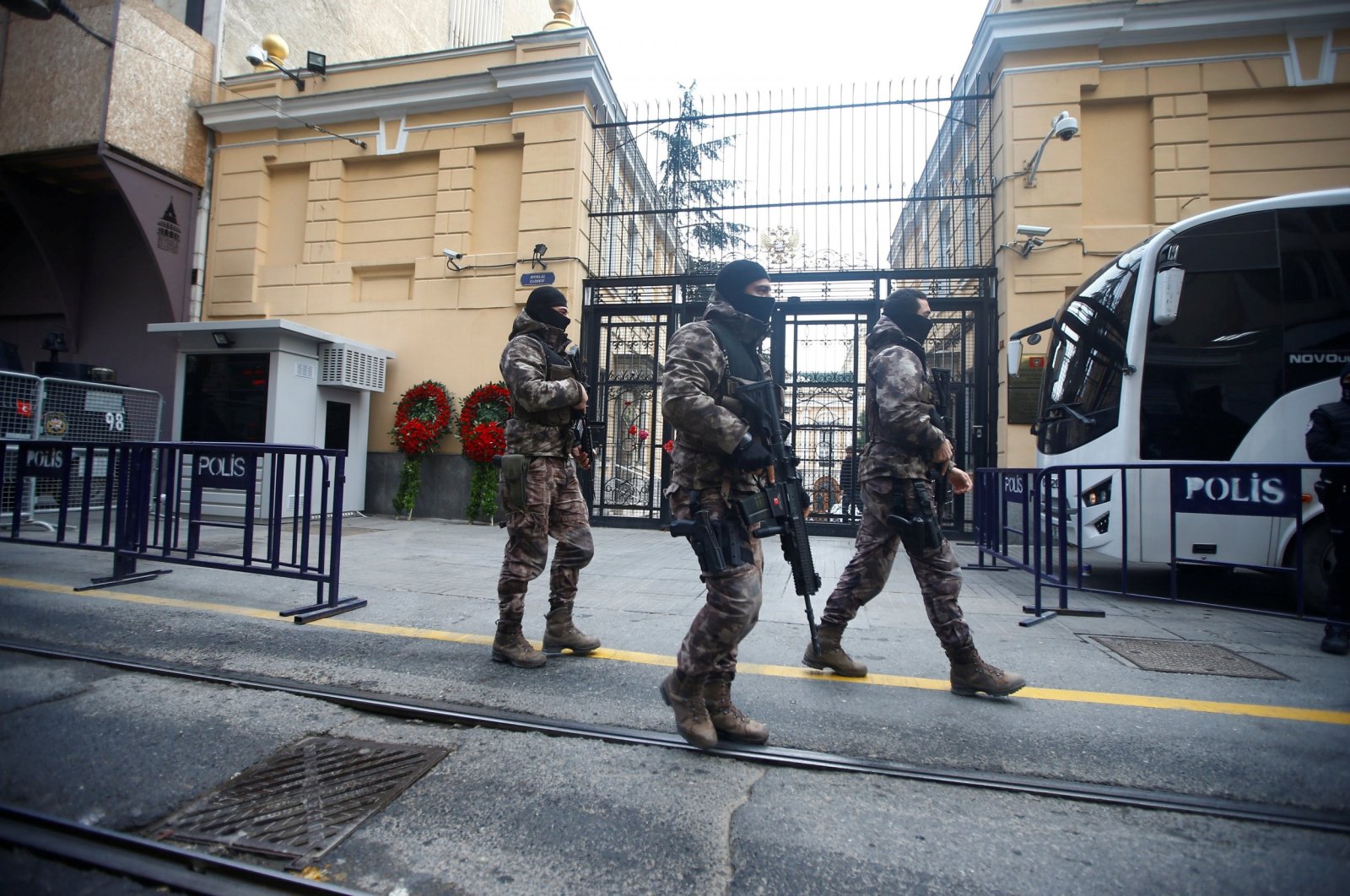 A fire broke out at a building near the Russian Consulate-General at Istanbul’s suburb of Beyoğlu late Thursday.

It is still yet to be determined what caused the fire.

The fire was initially reported as having broken out at the consulate itself, but the mission clarified the incident, saying that it did not happen at the consulate but rather at a building near it.

“A number of Turkish media outlets mistakenly disseminated information about a fire on the territory of the Russian Consulate-General in Istanbul,” the consulate said in a statement.

“In fact, the fire happened in a nearby building. According to available information, the fire has been extinguished,” it added.