Freedom at last for horses saved from carriage plight in Istanbul 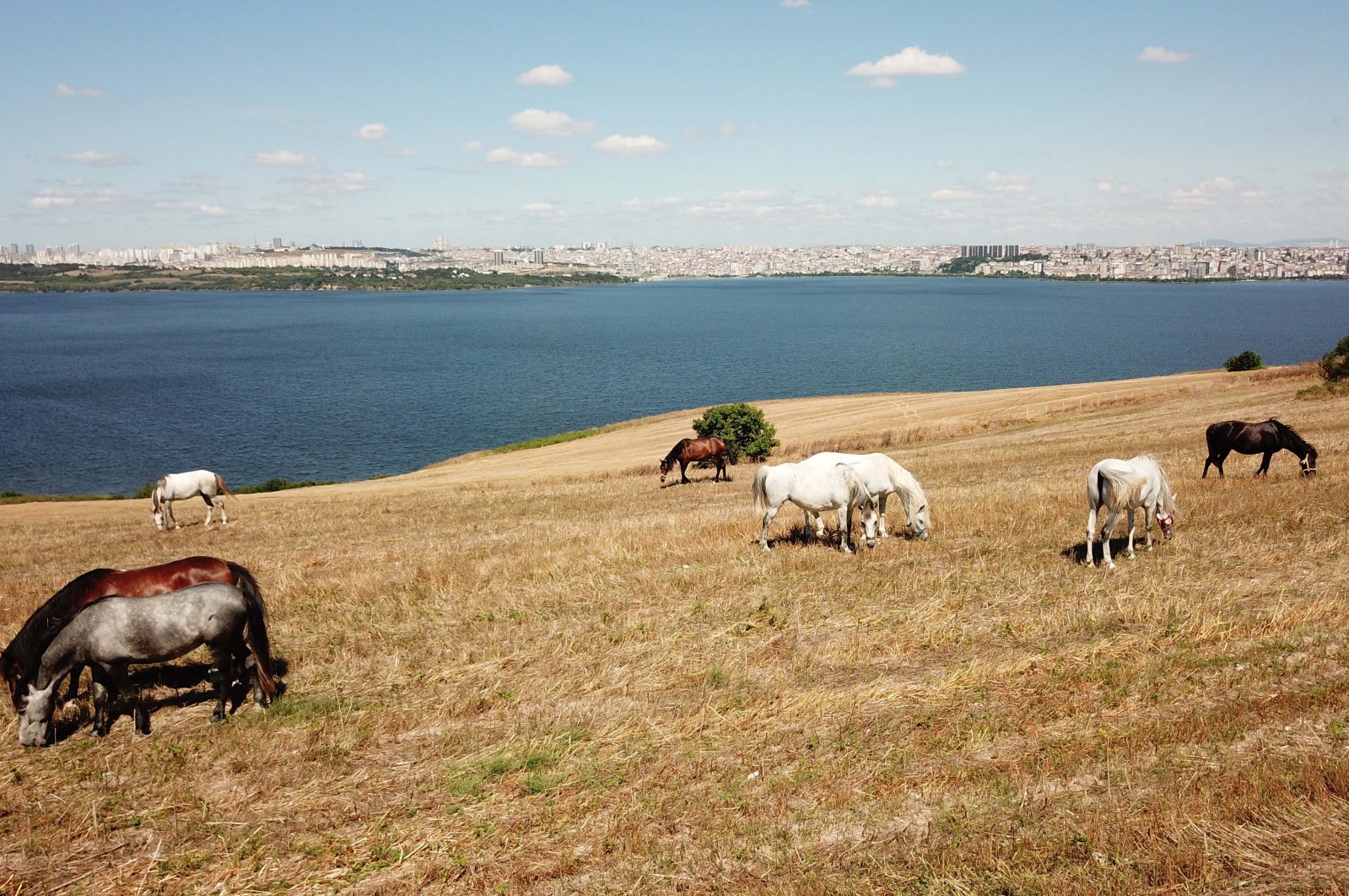 With no carriages to pull, horses brought from Istanbul’s Princes’ Islands to a veterinary school in the city now enjoy the freedom they have long deserved.

Twenty out of the 1,177 horses who were part of the decadeslong plight to carry tourists on the islands can now freely graze in the vast meadows overlooking a lake at the Avcılar campus of Istanbul University. For the past two months, they have been rehabilitated and will now serve as models for veterinary students learning about animals at the university's Cerrahpaşa Veterinarian Vocational School.

Last year, authorities imposed a ban on horse-drawn carriages on the islands after an outbreak of glanders disease. The municipality now plans to introduce electric carriages instead and donated 20 horses to the university. İbrahim Kurban, deputy director of the school, says they were allowed to pick the donated horses, and they chose 20 horses that were friendly with each other and “calmer.” Among them is Hürrem, a 6-year-old Haflinger that was sick when she was adopted by the school. “We wanted to heal her and give her a comfortable life here,” Kurban said. Hürrem, who suffered from an ailment called laminitis that affects horses' ability to walk, can now pace across the meadows following treatment.

“Horses are free-spirited animals, and they want to run. They become depressed when you restrain them. Most of the horses were aggressive and avoided humans when we went to pick them. Under the care of our staff and with the allocation of space to freely walk around, they adopted a calmer outlook,” Kurban said.