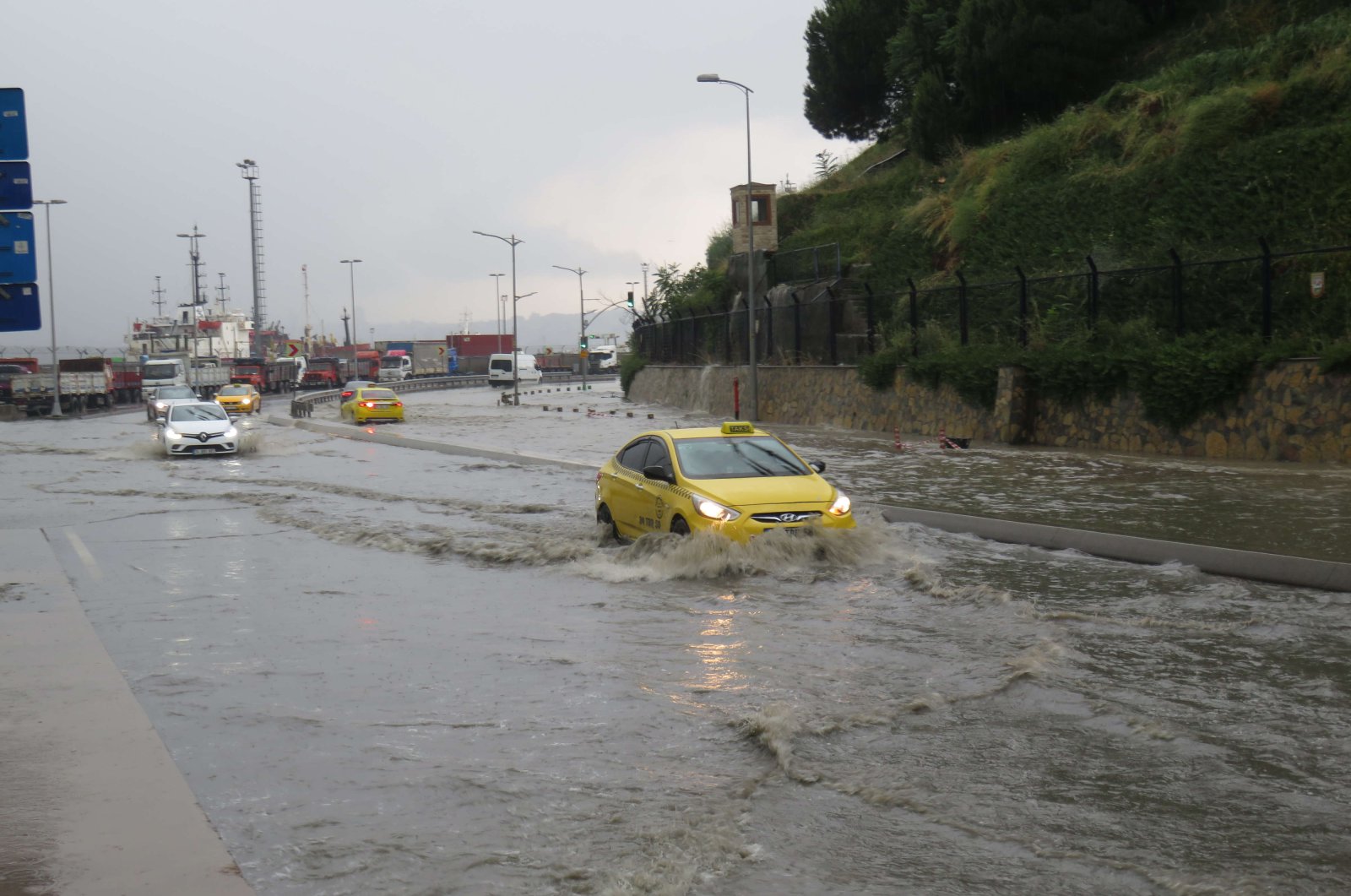 Istanbul was battered by downpours once again Friday after a precipitous weather system extended its stay over the city for a second day.

Houses and shops were flooded in some districts while traffic came to a halt due to floodwaters accumulating in city underpasses. Heavy rains also brought a temporary halt to tram services.

Precipitation, which started in the morning, hit the city’s European and Asian sides hard, while lightning illuminated the gloomy skies. Pedestrians sought shelter in bus stops and under shop awnings.

Üsküdar, on the city's Asian side, was among the districts most affected by the deluge. Traffic slowed down across the district, causing pile-ups on public transport that affected buses and the Marmaray, an underwater rail system connecting the Asian and European sides. Locals and municipality workers strove to remove floodwaters from houses and shops on ground floors. Flooded underpasses led to the temporary closure of main roads while drivers stranded in traffic had to be rescued by authorities.