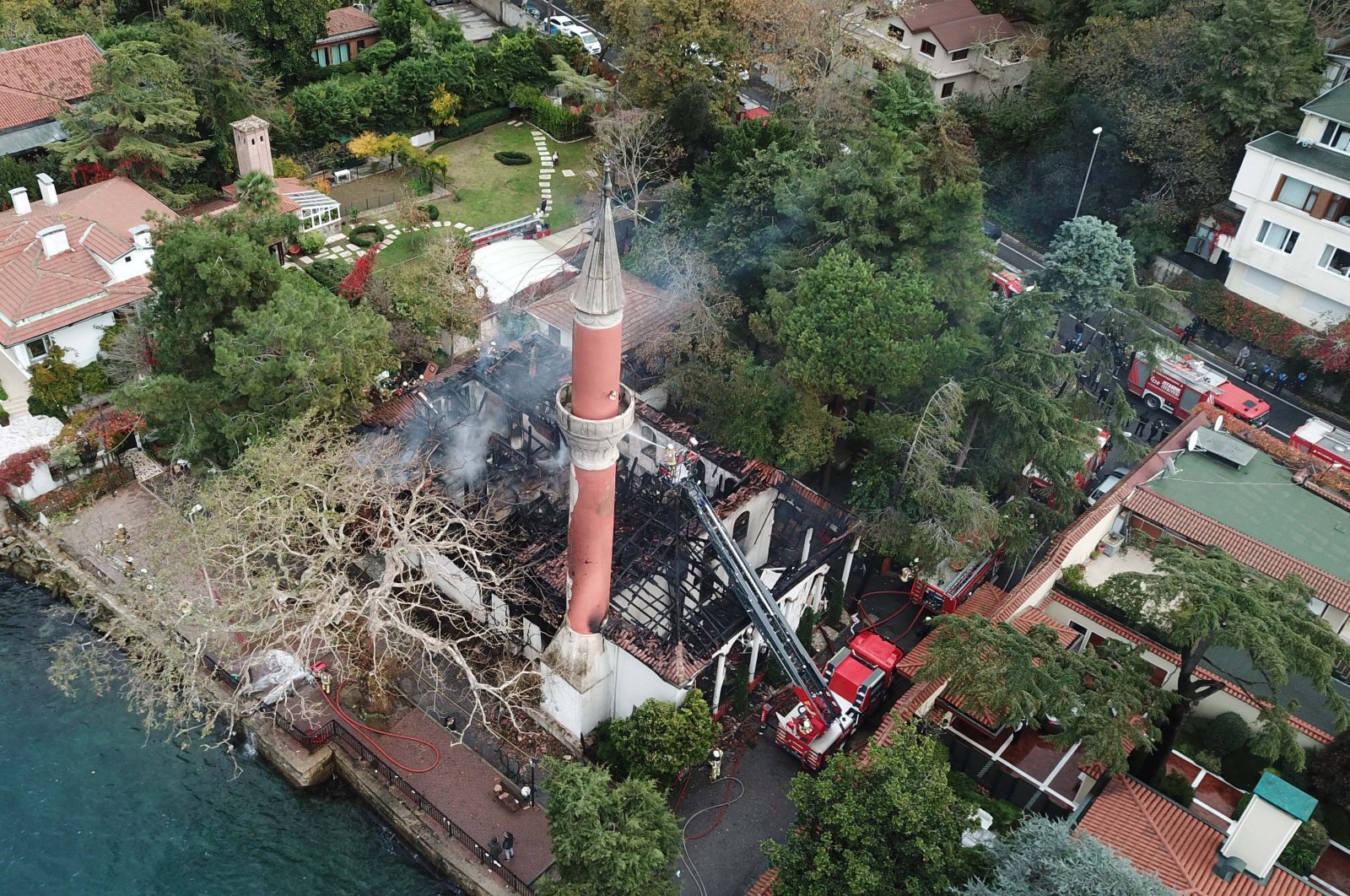 The restoration of Istanbul’s 17th-century Vaniköy Mosque, which was eviscerated by a fire due to a short circuit on Sunday, will be completed within two years, Istanbul Gov. Ali Yerlikaya said Wednesday.

The governor said the fire set ablaze one of Istanbul's most beautiful buildings, adding that the situation was taken under control after a large number of firefighters were dispatched to the scene to extinguish the fire from both land and sea.

The governor added that the mosque, located in the Üsküdar district, will be restored in accordance with its original plan.

“If the restoration is not enough and a reconstruction project is needed, we will start work immediately. We have all the data for this. Previously, 3D laser scanning images of the mosque were recorded with advanced technology,” Yerlikaya noted.

According to the fire department, the blaze that broke out Sunday afternoon originated in the electrical cables before spreading throughout the building, with the mosque's wooden frame feeding the flames.

While dozens of firefighters and several vehicles were dispatched immediately to the scene, the mosque still suffered substantial damage.

Yerlikaya said that the investigation into the fire is ongoing, adding that they will continue to protect historical places, which are the “legacy of our ancestors.”

“It is our responsibility to protect them for future generations. We feel this responsibility deeply for Vaniköy Mosque as well. We cannot waste any time,” he said.

Hearing about the fire, President Recep Tayyip Erdoğan said he was upset by the unfortunate incident and vowed to return the mosque to its former glory.

“We will hopefully restore the mosque in accordance with its historical structure and origin, leaving a legacy for future generations,” the president said.

The single-minaret mosque was built by Vani Mehmet Efendi in 1670, during the reign of Ottoman Sultan Mehmed IV.