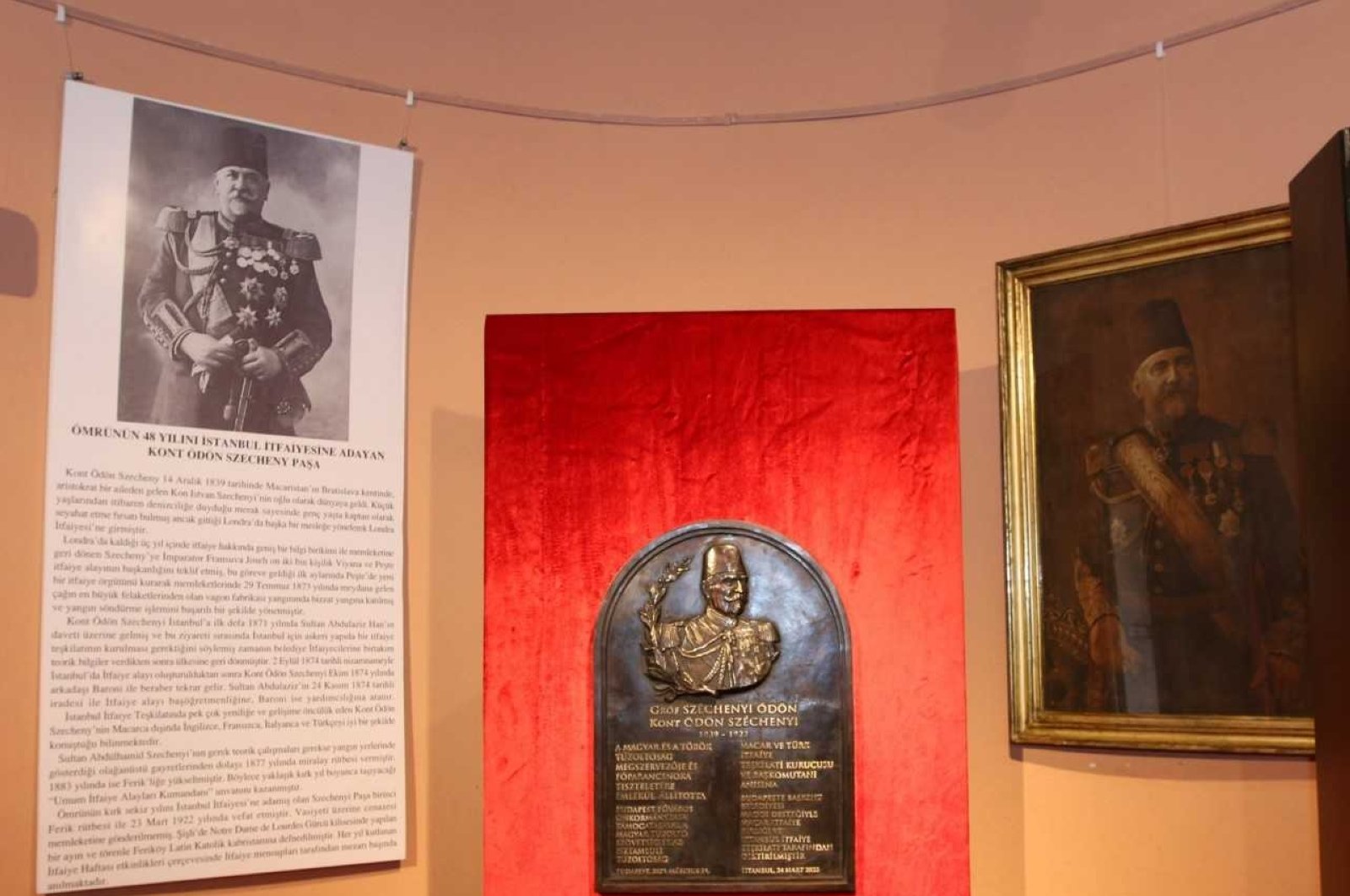 Few people know the name of Count Ödön Szechenyi but in his time, the Hungarian nobleman found favor in the Ottoman court and rose to the rank of pasha for his efforts in reforming the fire brigade of Istanbul, then capital of the empire.

Now acknowledged as the forefather of the modern fire department, Szechenyi was honored with a plaque bearing his name hung at the city’s Fire Department Museum.

Szechenyi, who died in Istanbul in 1922 and was buried there, is also credited for reforming the Budapest fire brigade. It was his exemplary work there that drew the attention of Ottomans, who invited him to the empire to establish a proper fire department for the city embattled with fires at the time.

Sending a message ahead of the ceremony, Chief of the Hungarian Fire Brigade, Tibor Dobson, said Szechenyi made a sacrifice for the two nations and the plaque will be a sign of camaraderie for Turkish and Hungarian fire departments.

Szechenyi, a marine officer who took interest in firefighting, was trained in London before returning to his homeland and took the lead in modernizing the fire brigade in Hungary in 1870.

Four years later, he was picked by an Ottoman sultan to lead the efforts to reform Istanbul's fire brigade. He established new firefighting units and set up a new hierarchy in the department.

Szechenyi served both as the director of the firefighting units as well as a firefighter himself. He is credited with relieving the firefighters of the burden of carrying equipment on their shoulders and switching to vehicles for a faster response. Szechenyi also developed several projects to address the sources of fires across the city.