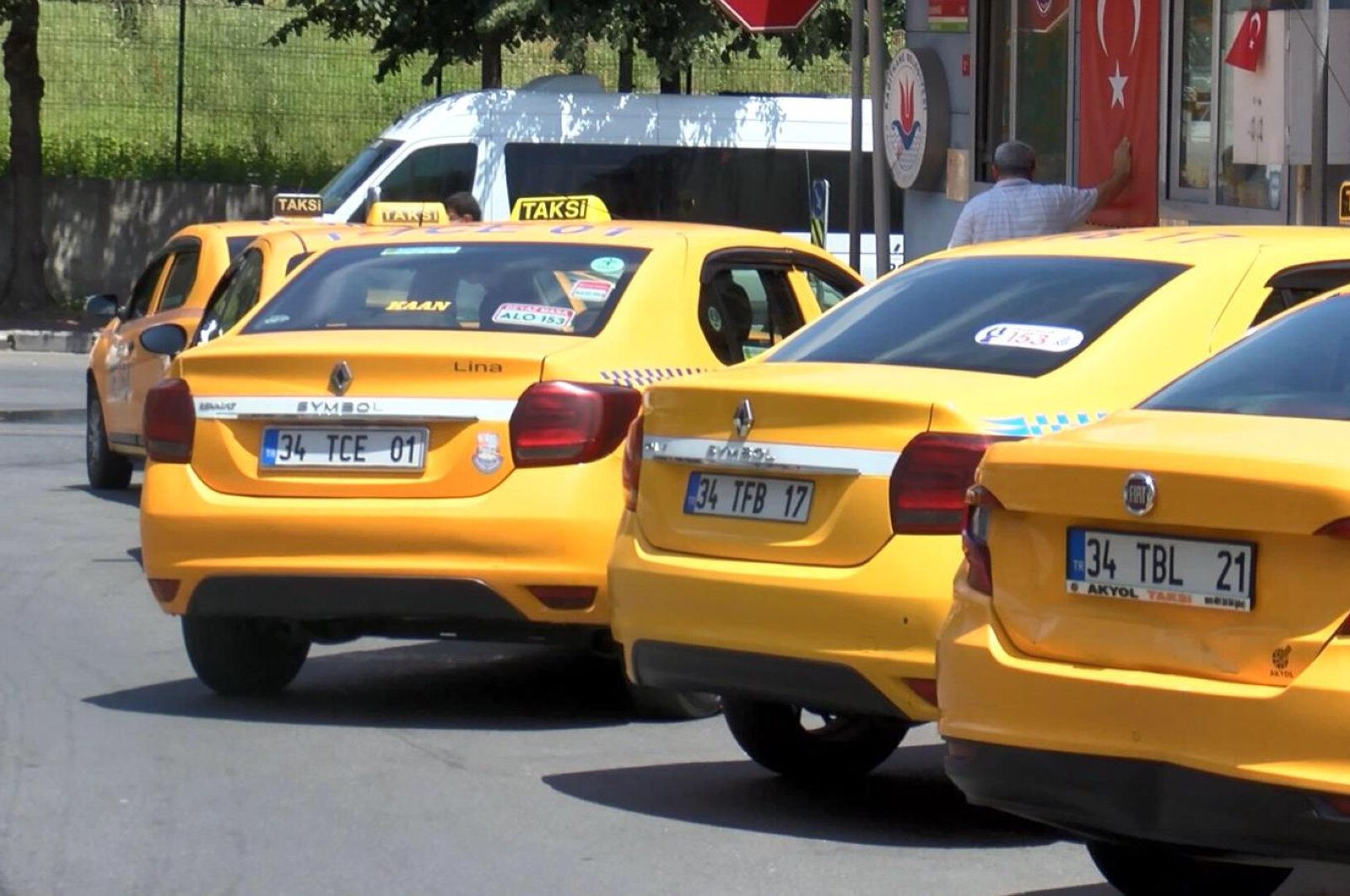 A new taxi project will be introduced in Turkey’s most populated city Istanbul, courtesy of Mayor Ekrem Imamoğlu. Imamoğlu plans to launch a new model for this popular but disliked mode of transportation. His announcement of adding 5,000 new taxis to the city’s fleet incurred the wrath of taxi drivers who complain of a decline in business amid COVID-19 pandemic.

Imamoğlu foresees a model where drivers will work in three shifts and will be required to wear uniforms; however, the most significant novelty of his model is the option to pay for the ride by Istanbulkart, an electronic pass used for mass transit in the city. The mayor complains of a lack of taxis in the city with around 17,000 catering to a population of more than 15 million people.

For taxi drivers and companies, the mayor’s plan is “unnecessary.” Fahrettin Can, who runs an association of taxi drivers at Istanbul Airport, says the mayor’s timing was “wrong” and Istanbul does not need “new taxis” while existing ones already suffer from a lack of passengers. “Only 53% of taxis are occupied throughout the day, and others have difficulty finding passengers,” Can told reporters on Thursday. He also expressed that the current number of taxis has the capacity to transport passengers but only needs an increase in ridership, while an increase in the number of taxis will only lead to an increase in emissions from vehicles.

“Taxi drivers have no income nowadays because of a decline in the number of riders,” Can said, adding that they would seek legal action if the municipality goes ahead with its project. “It is not the municipality’s job to run taxis. The mayor gives an example of European cities and says there are 16,000 taxis in Paris, which has a population of 8.5 million people. It is true, but Paris also hosts about 50 million tourists. Besides, income levels in the two cities are very different,” he said. Almost 300,000 people earn a living by investments in taxi license plates, he continued. “If you want to serve the people of Istanbul, you should increase customer satisfaction and provide digital platforms for taxi services. The municipality simply wants to create extra income for itself,” he said.

Following Imamoğlu’s remarks, companies selling taxi license plates saw a decline in prices. Coşkun Çağlayan, an investor in taxi license plates, told Demirören News Agency (DHA) that Imamoğlu’s remarks affected the market and inflicted losses on them. “Istanbul does not need new taxis. Taxis are usually occupied during rush hours, and they have few customers at other times. We are trying to recover from the pandemic, which caused a drop in the price of license plates. Just as we were seeing a rise, the announcement of this project led to another decline in prices,” he complained.

Taxis are widely preferred by tourists or locals tired of overcrowded mass transit. Yet, taxi drivers have been at the center of a string of complaints in past years, from scamming to sexual assault. Videos of taxi drivers harassing tourists and overcharging them have been circulating on social media, and a number of trials are underway against drivers over those allegations. They are also criticized for picking wealthier tourists over locals, especially in historic areas and other places popular among tourists.