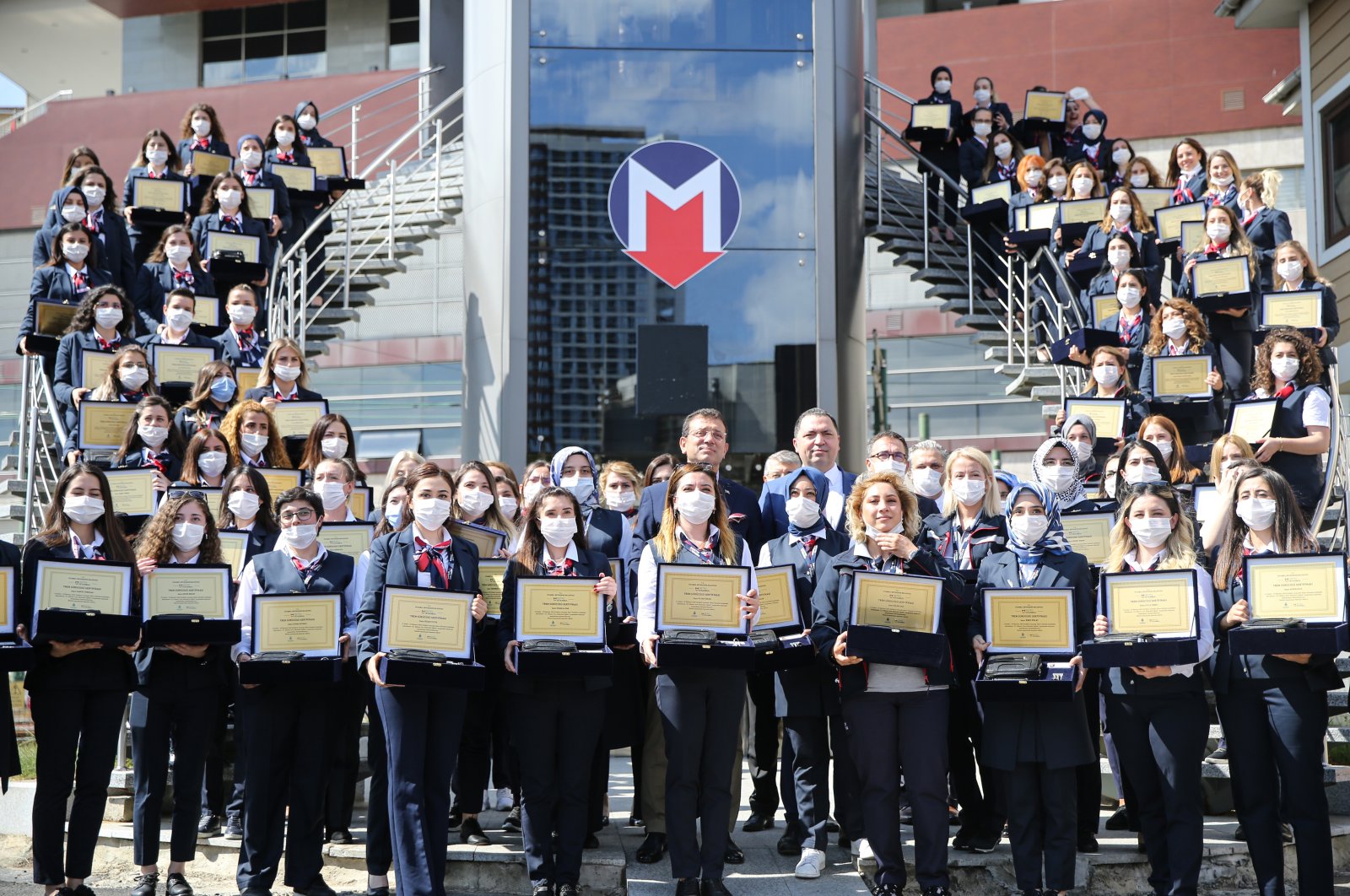 Metro Istanbul, the municipality’s company running metro lines, hired 88 female drivers, increasing the number of female drivers from only 11 to 99. New drivers received their badges after completing their training, at a ceremony attended by Istanbul Mayor Ekrem Imamoğlu Thursday.

Imamoğlu said the total number of metro drivers has risen to 772, while they plan to inaugurate a new line on Oct. 29 that will connect a suburb with busy traffic to the commercial hub Mecidiyeköy.

Female drivers underwent a 368-hour training, part of which was held online due to the coronavirus outbreak. They drove metro trains for about 17 hours as part of their training. The metro company had recently boosted female employment by hiring 93 women this year. Last year, the company had only four new female drivers.

The female employment rate in the country fluctuates at around 30%. Turkey aims to boost it to at least 34% by 2023.