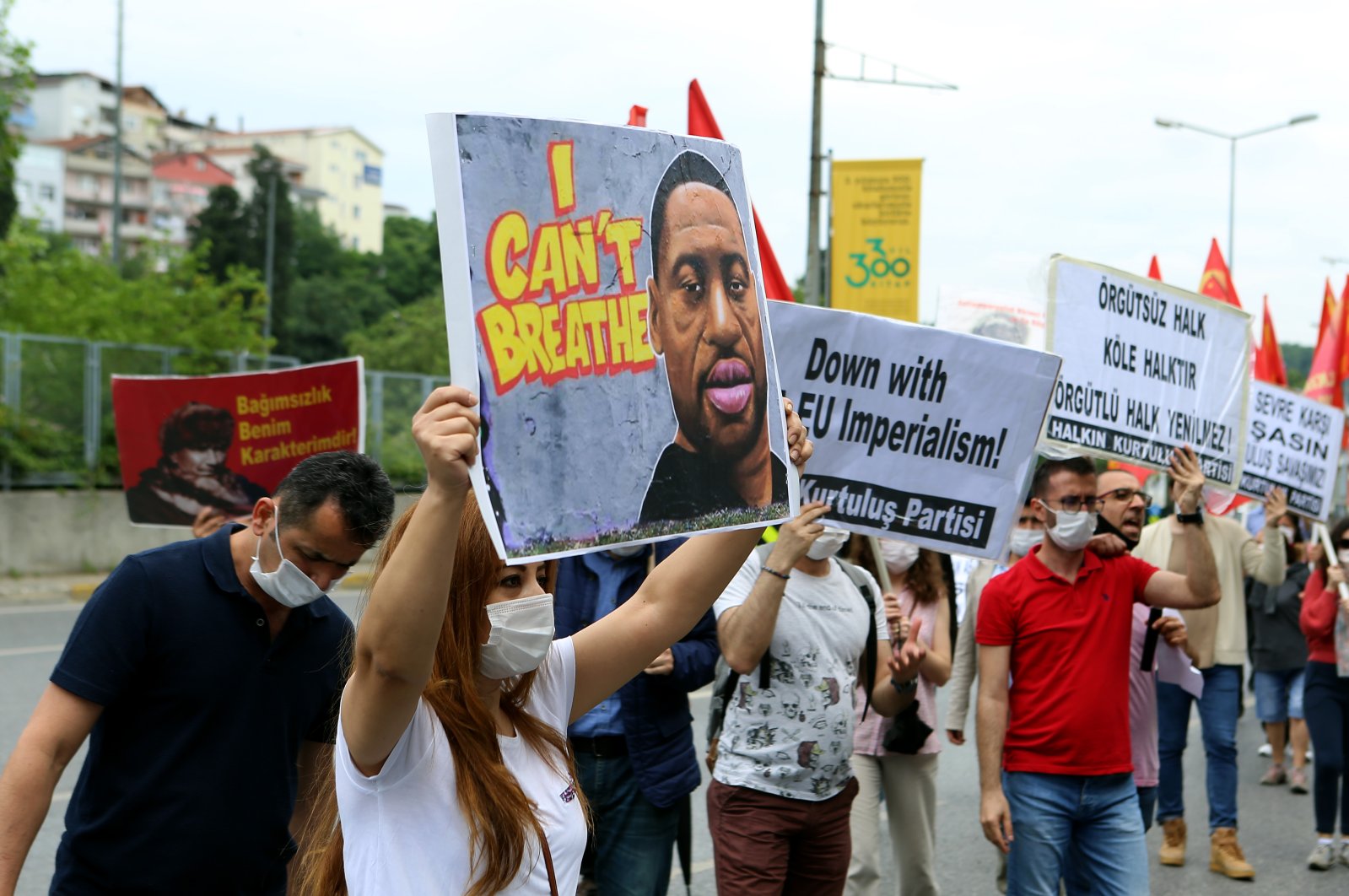 A group of protesters gathered near the U.S. Consulate General in Istanbul on Sunday to protest the killing of a George Floyd, an unarmed black man, at the hands of U.S. policemen.

Protesters carrying posters of Floyd chanted slogans and marched toward the consulate in the Sarıyer district of the city.

Police took security measures on the street where the consulate is located.

The demonstrators laid a memorial wreath in front of the police barriers.

Floyd, 46, died on May 25 in Minneapolis, Minnesota after former officer Derek Chauvin knelt on his neck for nearly nine minutes. He was killed by "asphyxiation from sustained pressure," an independent autopsy found.