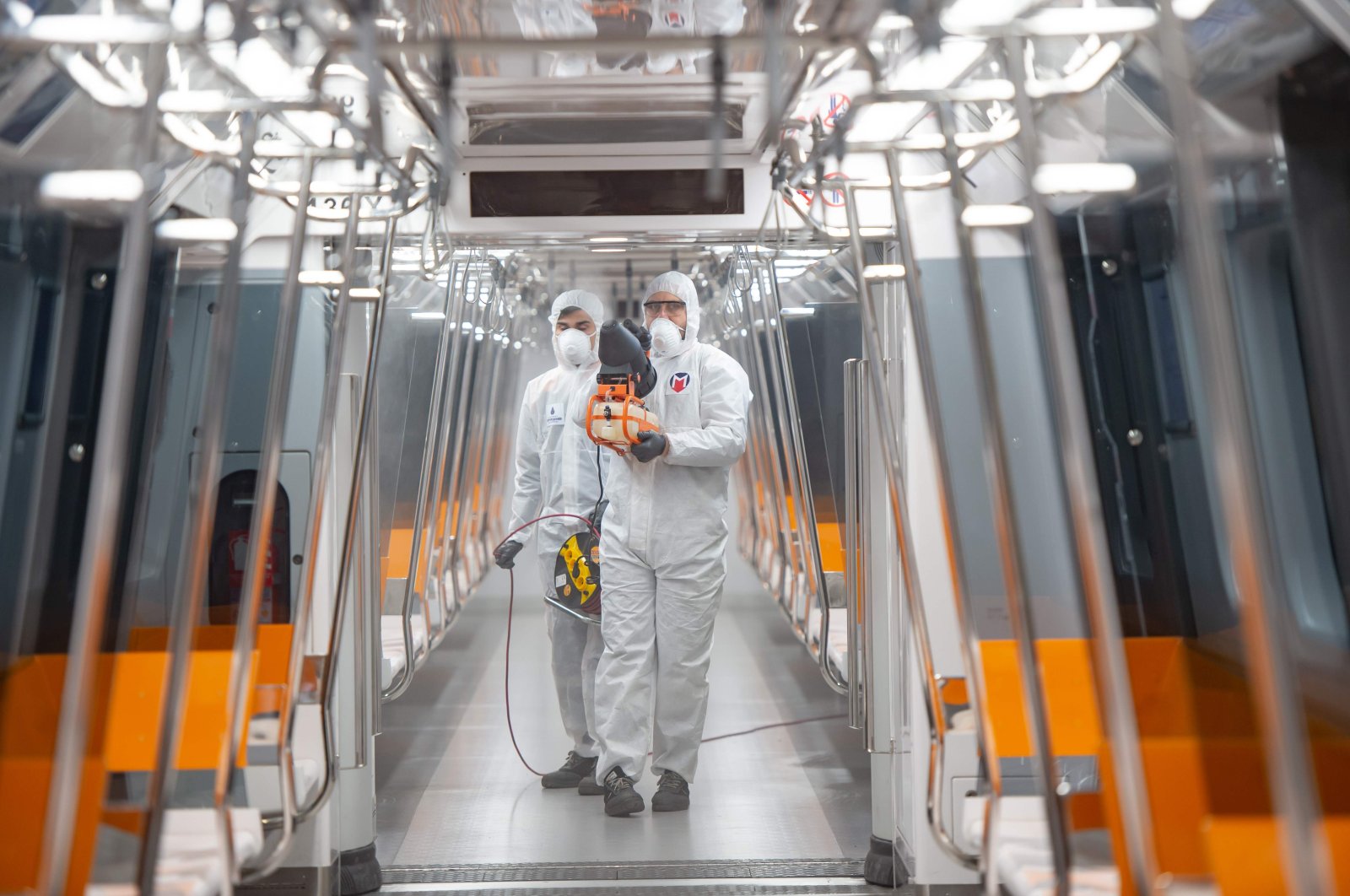 Employees of the Istanbul Municipality wearing protective gear disinfects a subway carriage to prevent the spread of the COVID-19 in Istanbul, March 12, 2020. (AFP Photo)
by DAILY SABAH Mar 14, 2020 2:05 pm

Since the first case of the virus infection in Turkey was announced Wednesday, the number of daily passengers using Istanbul's public transportation fell from 7 million to 6.19 million Friday – a drop of 11.59%.

Since Monday the number of passengers decreased by 17%.

According to the Istanbul Metropolitan Municipality (IBB), an increasing number of residents started using personal vehicles in order to avoid close contact in overcrowded Istanbul transport amid the virus outbreak.

"The efforts against the risk of outbreak have intensified. The most important measure for citizens is to comply with the warnings of official health institutions," IBB spokesman Murat Ongun said.

The Istanbul municipality also decided to install hand sanitizers at stations of metrobuses, an exclusive-lane bus line stretching between the far corners of the city’s Asian and European sides. Sanitizers are being installed at 44 metrobus stops. The line carries thousands of passengers every day and is the most popular means of transit, especially during rush hours.