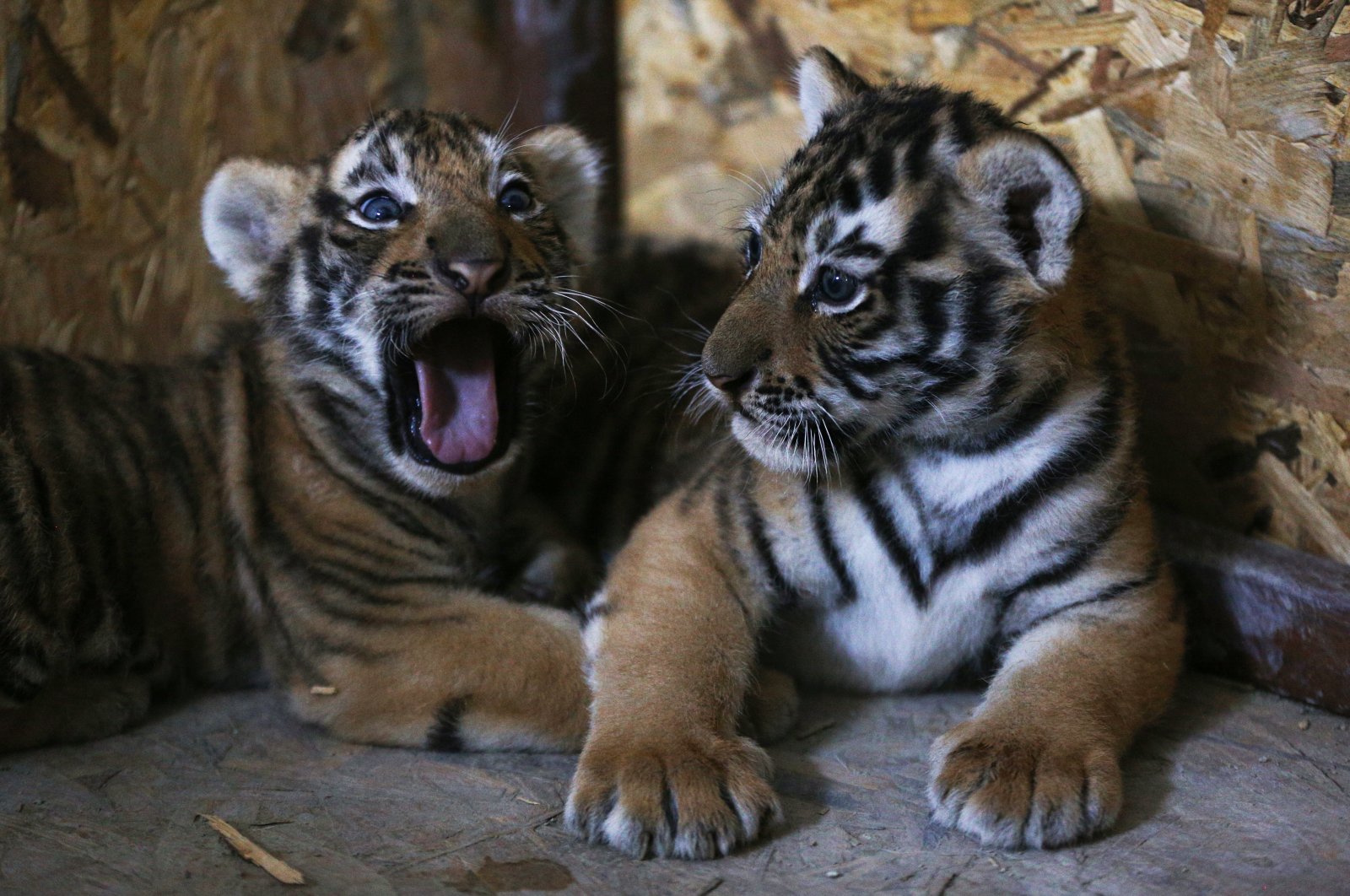 Two healthy Bengal tiger cubs are the coolest new cats at AslanPark in Viaport Marina in the Tuzla district of Istanbul.

The newest arrivals, now several months old, joined 30 other felines at AslanPark, including Siberian tigers, cougars, leopards, lions, black panthers, caracal, lynxes and even a rare white lion. Their mother, Şila, has given birth to seven other cubs.

The Bengal tiger cubs will be ready to meet visitors to the park in the second week of July, according to AslanPark General Manager Gökmen Aydın.

AslanPark, which is home to 12 species of big cats, carries out a captive breeding program in order to support the numbers of these endangered species in the wild, Aydın told Anadolu Agency (AA). The Bengal tiger cubs are the 14th and 15th offspring born at the park since it opened in 2018.

The newborn tigers have developed faster than usual thanks to dedicated care and nursing by their mother, Aydın said. Normally tiger cubs born in captivity are bottle-fed until 6 months of age, when they begin eating meat. However, these cubs started to eat meat in their third month, and their paws and teeth have grown bigger than most cubs at their age.

Mother tigers care for their cubs for a maximum of two years, Aydın said, noting that after that time, the mother kicks the baby out of its streak, like in the wild.

“After that age, we either take the animal to another shelter or send it to another zoo,” Aydın said.

“The aim here is to reproduce and distribute these animals in the world, to increase their global population ... Our goal is to release the creatures that are born into nature reserves in their natural habitat,” he said.

The big cats are brought to the eight-acre AslanPark from zoos in Europe, including in Czechia, Belgium, Poland and Malta, where they have lived for several generations. Even though Bengal tigers are the world's most populous breed of tiger, there are only thought to be about 2,000 left in the wild. Most of these live in India, but small populations are also present in Bangladesh, Nepal and Bhutan.