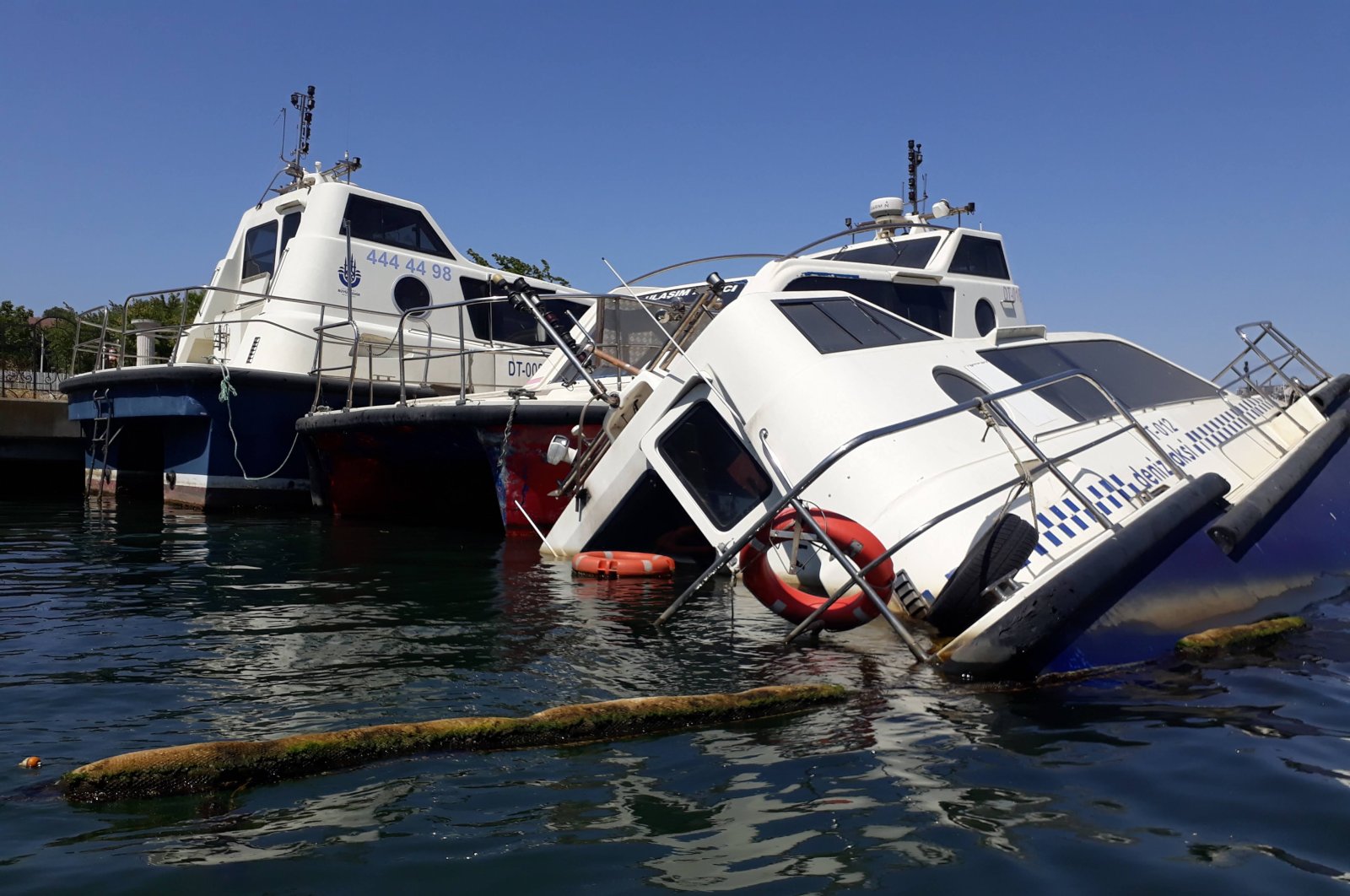 Lined up in one corner of the Golden Horn, a group of small boats in uniform colors float partially submerged in water. They are sea taxis, which were used as a fast alternative for Istanbul’s frustrating traffic. Some sank and others are decaying as they went out of operation in 2012. But as the city debates reintroducing them, the former owners claim it is not a profitable business and cites it as the reason they now lie wasted.

Alphan Manas, CEO of the maritime company which launched the project in 2008, says they handed over the operations to Fadıl Akgündüz, a notorious businessman who has been in and out of prison multiple times over fraud accusations.

"He increased the number of taxis and wanted to acquire new models but because it was not profitable, he ceased operations," Manas told Demirören News Agency (DHA) Wednesday.

Sea taxis certainly offer rapid transportation compared to other means of transportation in a city divided by the Bosporus and littoral to two seas. Yet, their capacity compared to high demand means little profit for the private sector. "We started out with six taxis but we saw a high number of customers. The demand was so high that we could only meet 30% of the demand," Manas recounts. This eventually daunted potential customers and the high cost of operations forced the company to hand over the business.

Mayor Ekrem İmamoğlu recently revealed plans for new sea taxis. The mayor says the share of maritime transportation in Istanbul’s traffic is around 3%, a considerably low rate for the city of more than 15 million people. He said taxis will be reintroduced in the coming months with lower fares and more ports.