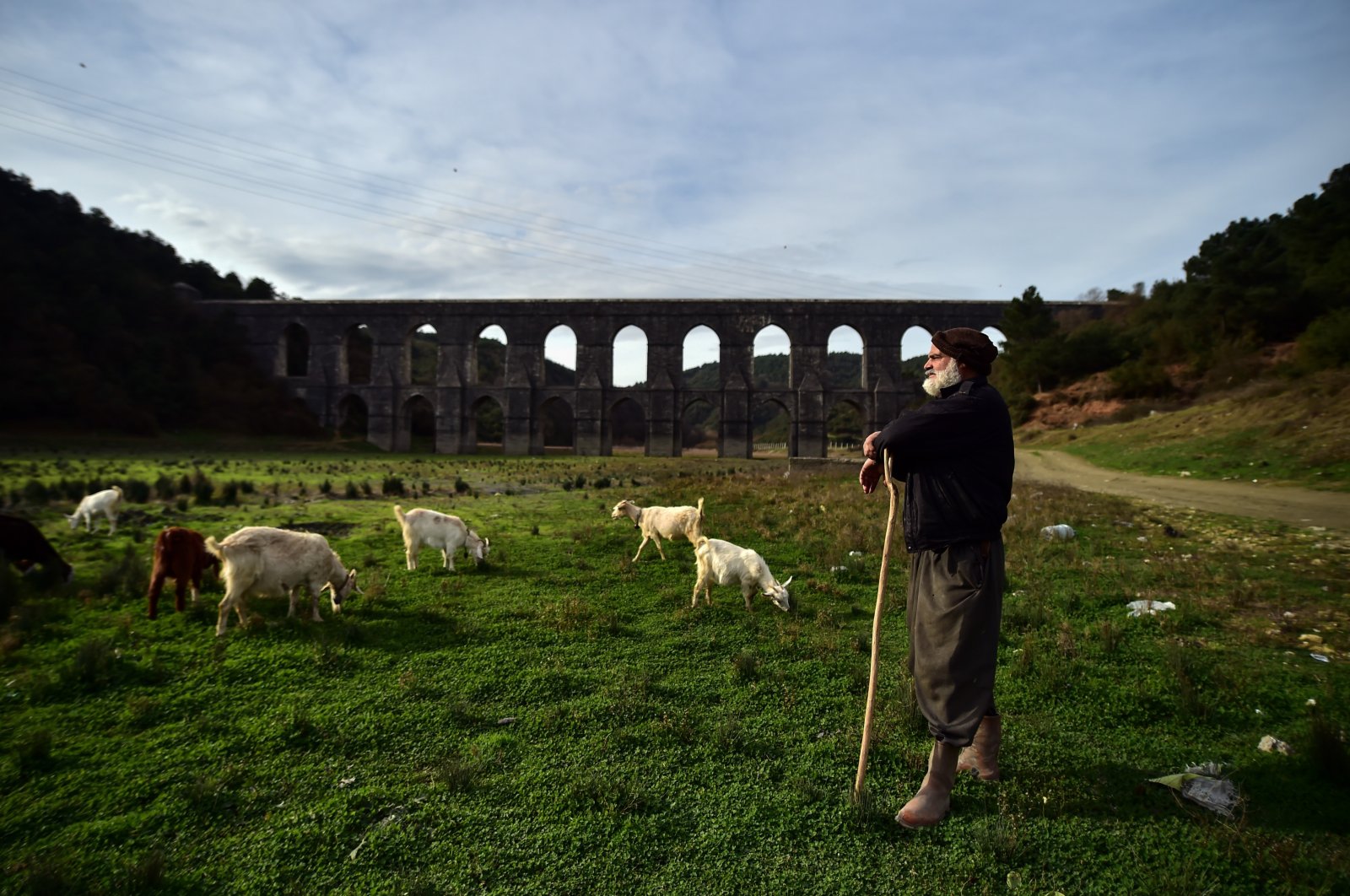 As Turkey’s most populous city faces an imminent drought due to a low volume of rainfall and increased consumption amid the ongoing pandemic, experts debate a scientifically disputed method

Millions across Istanbul woke up on Saturday to a sight for sore eyes: The city’s desolated streets were echoing with the tips and taps of rain finally falling from the sky.

On a regular day, rain could be the bane of many Istanbulites’ existence, as the smallest amount of precipitation increases the city’s already congested traffic exponentially.

But the sigh of relief was not because the streets were almost devoid of cars and people due to the coronavirus lockdown, it was because the metropolis is on the brink of depleting its water reserves.

With around 16 million people increasing their water consumption due to the coronavirus pandemic, the dams that supply the city were already struggling to keep up with the demand, and the delay of the rain season put the country’s most populous city on the path for drought.

According to the Istanbul Water and Sewerage Administration (ISKI), the average water levels in the dams that supply water to the city dropped to 19% last week, the lowest in the past 15 years.

While meteorologists predict Istanbul will see rainfall for most of the next week and the city finally started to receive some precipitation, the forecasts were proven wrong many times in the past few weeks and many were left wondering whether the current projections would hold true – and be enough to replenish the reserves.

Istanbul Mayor Ekrem Imamoğlu tried to ease concerns over the past few months, saying there was no imminent drought threat as he explained the city was being supplemented by water transmissions from outside sources.

He still issued warnings for the coming months and said long-term solutions were in the works, including the Melen Project, a large-scale dam project to address the water needs of the city via a water pipeline from the eponymous river.

But while Imamoğlu dismissed claims of an impending water shortage, experts disputed him, and with the mayor’s solution requiring a couple more years to be finalized, they proposed the most unconventional solution.

Cloud seeding, or more informally called “rain bombs,” involves spraying fine particles of silver iodide and dry ice into a cloud system. The dispersal is done by either aircraft, rockets or by generators on the ground.

The silver iodide draws moisture to itself, allowing the cloud’s water vapor to condense into droplets and produce rain.

“People keep call it ‘rain bomb’ because it is very old technology, and people used to do it using rockets,” said professor Orhan Şen, a member of Istanbul Technical University’s Meteorological Engineering department.

“It is actually a way to increase rain volume. Its purpose is to turn water in the clouds into rain. There are tiny water droplets or vapor inside clouds. They need to converge into larger droplets to be pulled down by gravity,” he explained to Demirören News Agency (DHA).

According to Şen, if those droplets are few and far between, they won’t converge and fall down, which means there won’t be any rain even if the sky is full of dark clouds. That’s when this technique comes in.

Still, the technology can’t do much to make rain fall from a cloud-free sky, he warned.

“We have two or three months left in the wet season, but it remains uncertain how much rain will fall. We had 50% less rain from October to January compared to seasonal averages. What we are saying is: You can increase the rainfall volume by 30%. This is how it can be done,” he said.

While the process is discreetly used in more than 50 countries, from Mali to India and Puerto Rico, scientists, however, debate its effectiveness.

Scientists and academicians remain on the fence about whether cloud seeding is effective in producing a statistically significant increase in precipitation, with studies offering conflicting results.

“The so-called rain bomb is a literal lie bomb. It is a lie that has been invented to sell hope to developing nations like us,” said Mikdat Kadıoğlu, another professor of Istanbul Technical University’s Meteorological Engineering department.

"Nations like the U.S., U.K., Spain, France and Italy keep struggling with wildfires and droughts but not a single soul in those countries mention such a thing. It’s peddling hope, not a scientific thing,” Kadıoğlu told DHA.

Disputing the claims of increasing rain volume, Kadıoğlu said the method had no place in atmospheric sciences.

“The last experiments (in cloud seeding) were abandoned in 1985,” he said.

Though Kadıoğlu said research on the method was abandoned more than a decade ago, studies about cloud seeding are still being carried out.

A study by Tel Aviv University in 2010 said cloud seeding showed little, if any, impact on amounts of precipitation. On the contrary, another study in the U.S. state of Wyoming that ran from 2005 to 2014 reported an increase in snowfall of 5% to 15%.

Daily Sabah was unable to source any studies verifying Şen’s claims of a 30% increase in precipitation.

The method was also used by the Chinese government during the 2008 Olympics to try to avoid rain during its spectacular opening ceremony, by forcing rain out of clouds before they reached Beijing. It remains disputed whether the process was effective.

While scientists continue to fiercely discuss the effectiveness of cloud seeding, it seems Istanbul will have to rely on Mother Nature for the time being for salvation.