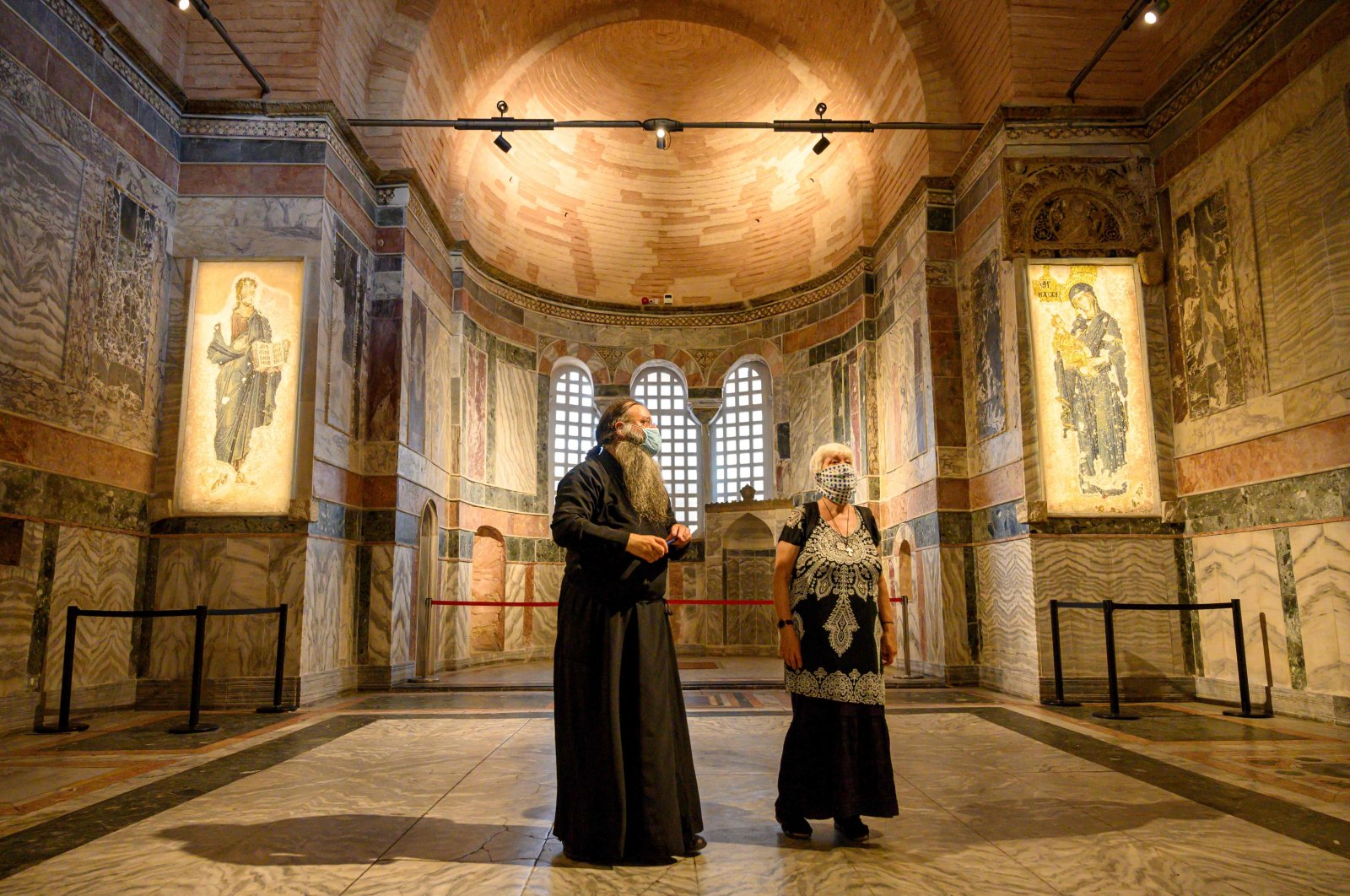 Almost a month after the iconic Hagia Sophia was reverted to a mosque, another Istanbul landmark converted into a museum from a mosque has had its function restored. Kariye Museum was handed over to the Presidency of Religious Affairs (DIB) with a presidential decree on Friday.

Kariye Museum, which was known as Chora Church, is located near the city’s ancient walls. It was originally built as a church in the sixth century. It was converted into a mosque in 1511 by Bayezid II, son of Ottoman Sultan Mehmed II who converted Hagia Sophia into a mosque after his conquest of Istanbul from Byzantine Empire.

The mosque was converted into a museum in 1945 with a government decree, more than a decade after Hagia Sophia’s conversion. It currently hosts 14th-century Byzantine mosaics and frescoes showing scenes from biblical stories.

The presidential decree comes after a high court annulled the 1945 decree that made Kariye a museum. It is not known when the venue will be opened to worship, but the DIB is expected to cover frescoes and mosaics soon to enable worship for Muslims.

The original church was replaced in the 11th century with another one and rebuilt again in the 12th century after an earthquake. It was Atik Ali Paşa, the grand vizier of Bayezid II, who ordered its conversion into a mosque. It survived multiple earthquakes before it was fully closed to Muslim worship in the 1940s after the decree and during restoration work. It was officially opened as a museum in 1958. A nongovernmental organization filed a lawsuit to revert it to a mosque in 2005 and last November, the Council of State, the highest administrative court, ruled for its reconversion.