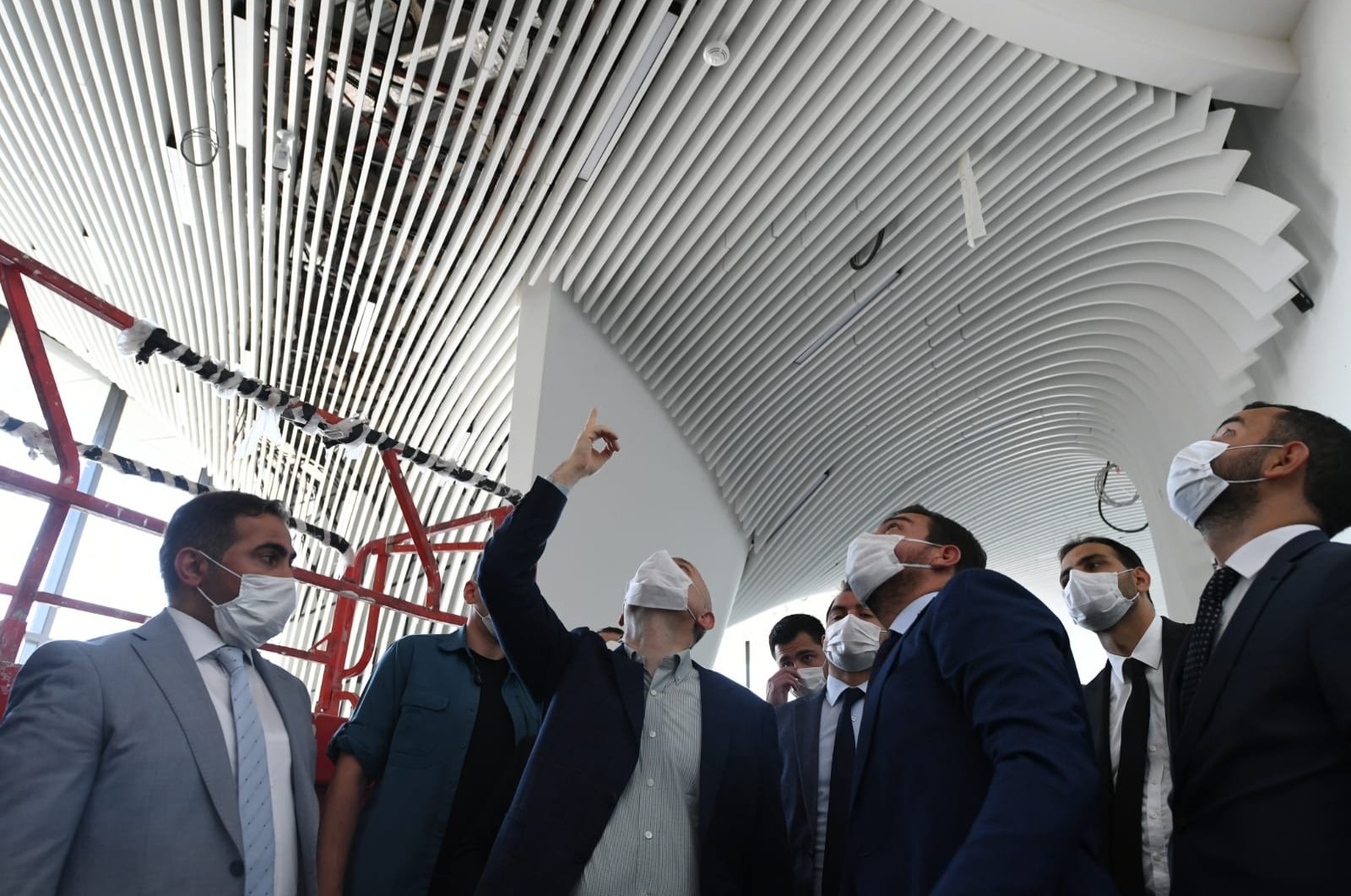 Istanbul’s Çamlıca TV-radio tower, which contains all the antennas needed to provide broadcasts across the metropolis, will become operational in September, Anadolu Agency said in a report Monday. The tower, which will be a new landmark for Turkey's most populated city, is situated on a hill overlooking Istanbul and, along with its antennas, will serve as a tourist attraction.

RTÜK experts will monitor the tower's activities on-site, AA said, adding that it would be fully functional on Sept. 10. It was reported that after the tower enters into service, the process of removing other antennas will begin.

The 369-meter- (1,211-foot-) high tower provides a unique view of the city and includes a restaurant and an observation deck. The construction of the tower, which will end the visual pollution of scattered, giant, outdated TV antennae on the hill, started in March 2016. The tower is located 576 meters above sea level and has 53 floors, including four underground.

The tower's 39th and 40th floors will house one restaurant each and observation decks will be set up on the 33rd and 34th floors. The tower will also feature exhibition spaces, a panoramic elevator and cafes. A 180-degree view with panorama elevators on two sides of the structure will allow visitors to see the iconic historic landmarks on the city's European side and a vast stretch of the Black Sea coast to the north. Officials expect to draw some 4 million or more visitors annually to the tower, which will be the highest in the city, rivaling a 261 meters high skyscraper on the city's European side.