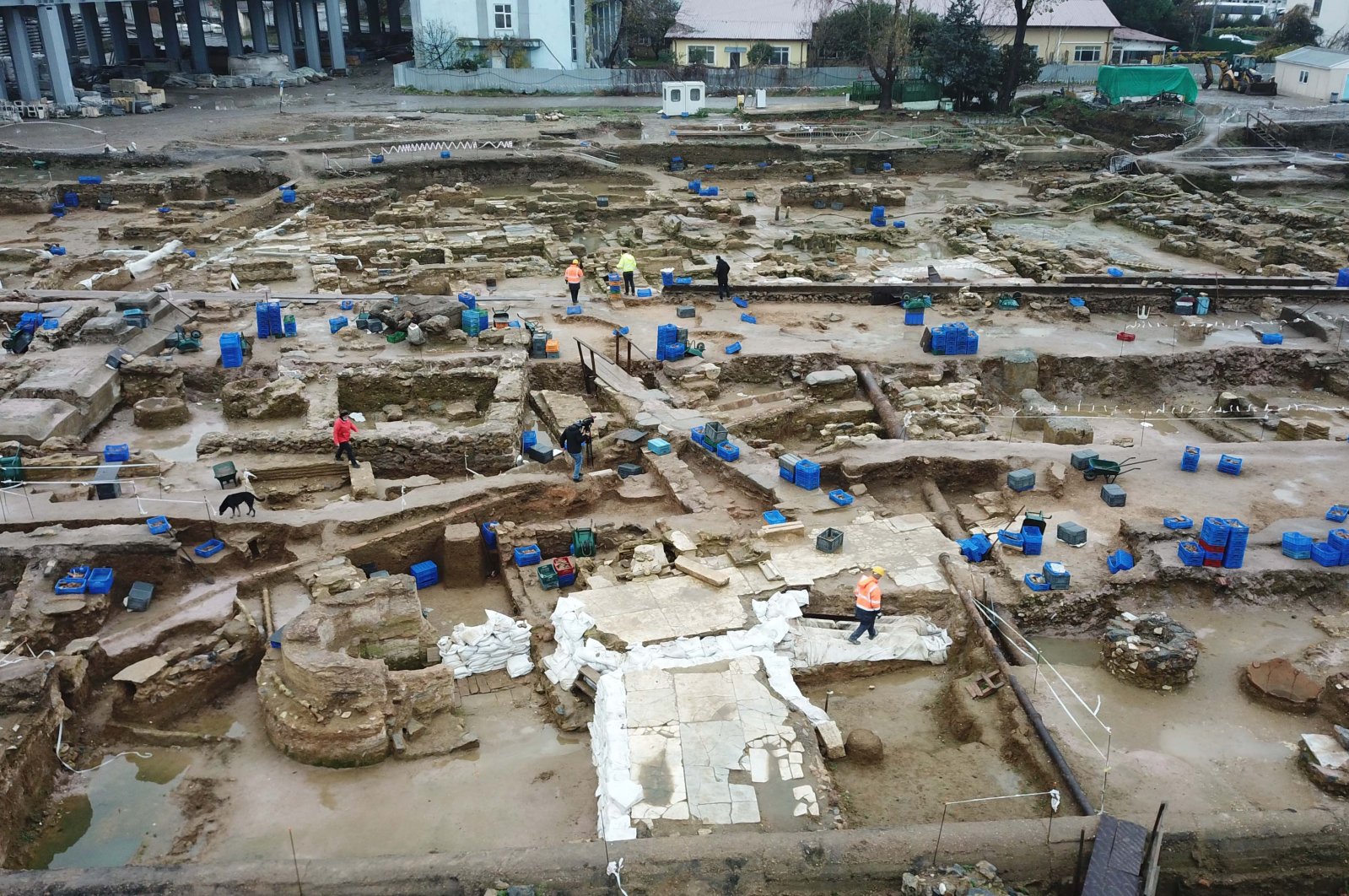 Archaeologists have uncovered the ruins of a marble structure during an excavation in Istanbul's Kadıköy district on the Asian side. While the site's architecture does not lend any clues to its function, archaeologists believe it was considered a sacred place. Mass graves were also found during the excavations.

This is the latest discovery to emerge from excavations that began in May 2018 at Haydarpaşa, a historic train station. The station was shut down for restorations, in which ancient artifacts were unearthed and since then Haydarpaşa has been an excavation site.

The structure, discovered at the station's waiting platforms, covers a large area and is apsidal in form, a feature common in ancient churches. Kadıköy, a populous neighborhood on the Asian side of Istanbul, has been inhabited for centuries by different civilizations. Nearly 18,000 coins from past centuries were found in earlier excavation work in the area which was named Chalcedon during the Byzantine rule of Istanbul.

Kadıköy has been a busy commercial hub on the Bosporus shore and was once home to a spectacular Byzantine palace according to historians. Archaeologists have discovered hints of the palace, including colorful mosaic pieces and marble in an area where it was supposedly located. Another important finding was a fountain dating back to the early Byzantine rule. Last year, the remains of a 1,500-year-old church were found near the station during excavations.

Many well-preserved artifacts have been found in the area, formerly known as Haydarpaşa Meadows before railway construction began in 1872 since the construction boom came to the neighborhood later than in other parts of Istanbul. The surrounding area, owned by Turkish State Railways, hosts tracks leading to the station, maintenance wards and depots allowing artifacts to remain unharmed.