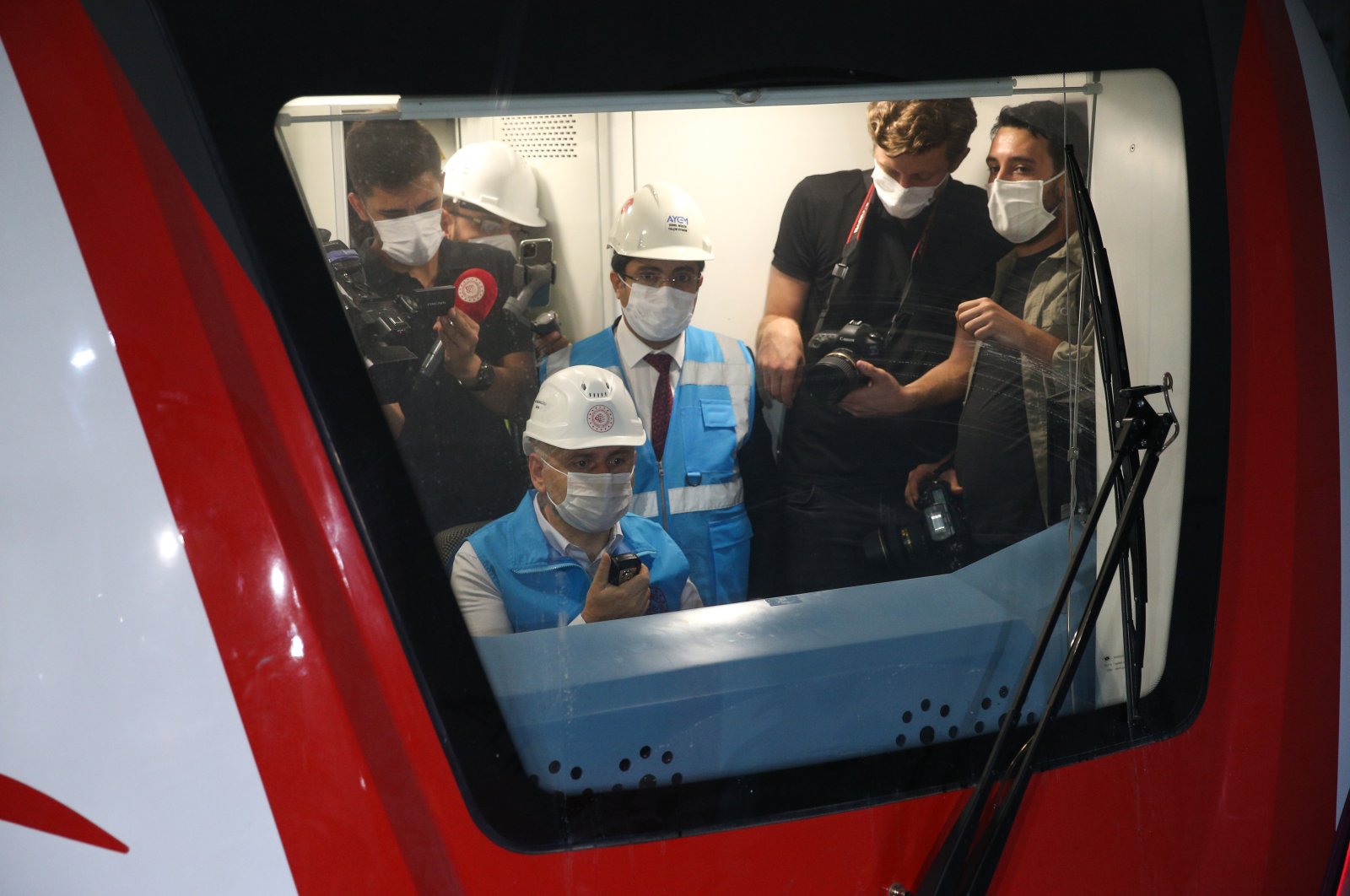 Turkey's Transportation and Infrastructure Minister said Saturday that Istanbul’s new metro line connecting the heart of the city to the mega Istanbul Airport will be opened by the end of April 2021.

Speaking to reporters after inspecting the metro construction, Adil Karaismailoğlu noted that the first part of the project between Kağıthane district and Istanbul airport will be initially opened, while the second part between Halkalı district and the airport is planned to be completed in 2022.

“4,500 personnel are currently working to complete the project. With the completion of the ongoing projects, Istanbul’s metro network will reach 324 kilometers,” he said.

The new line will whisk passengers from Gayrettepe, in Şişli on Istanbul's European side, to the new airport in just 35 minutes.

The subway will stretch 37.5 kilometers (23.3 miles), includes nine stations and will be the country's fastest metro line, operating at a speed of 120 kilometers per hour (75 miles per hour).

The line is expected to serve around 600,000 Istanbulites per day. It will pass through the districts of Beşiktaş, Şişli, Kağıthane, Eyüp and Arnavutköy and is expected to significantly reduce the city’s traffic load.