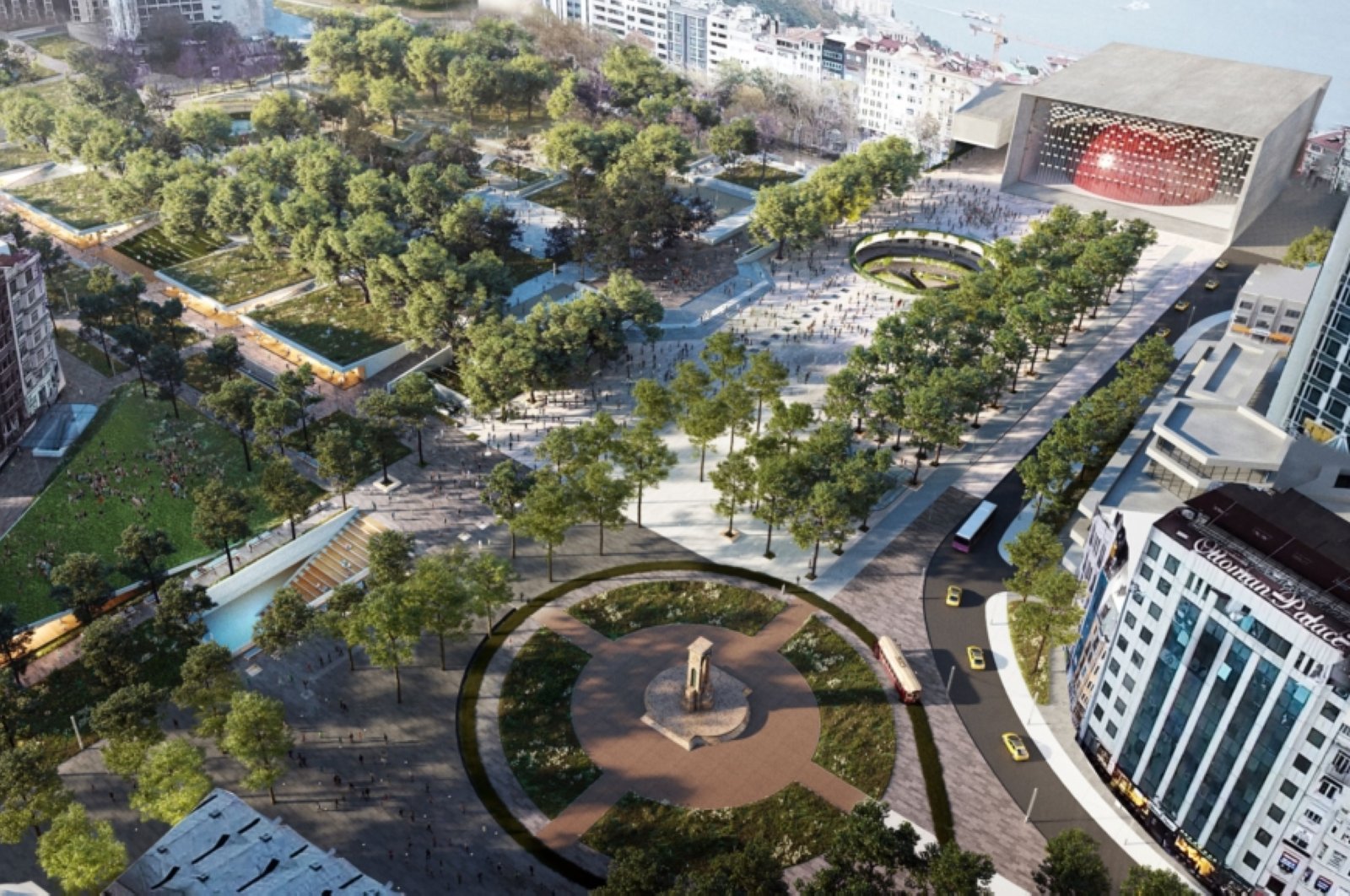 One of the designs put up for vote by the municipality for the Taksim Square, öne of main tourist attractions on Istanbul's European side. (COURTESY OF IBB)
by DAILY SABAH
Oct 19, 2020 3:40 pm

The Istanbul Metropolitan Municipality (IBB) launched a public poll for two of the city's prominent squares and a coastal strip as it seeks an overhaul of the busy locations.

The Istanbul Planning Agency (IPA) set up a website called istanbulsenin.org (Istanbul Is Yours) to allow millions of residents of the city to decide upon an array of new designs. The poll, which was opened online on Monday, will end on Nov. 12.

New projects to beautify Taksim and Bakırköy squares on the city’s European side and the Salacak coastal strip on the Asian side, were chosen from 233 projects. Competitions and winners were decided after a string of polls and interviews with residents.

Istanbul's residents will be able to vote by registering with their ID numbers online or at stands set up at three locations.

Taksim Square underwent a major makeover over the past five years. The previous administration added more trees to the square located next to Gezi Park. Traffic flow was also rerouted. Istanbul Mayor Ekrem Imamoğlu recently said at an event on the redesign of the square that the location lost its historic fabric. He said they aim to launch redesign work next year. “It is the first time Turkey hosts a democratic process focusing on the design of a place. We want to reshape these places with the participation of citizens and to meet their demands the best way possible,” Imamoğlu said earlier this month.

Salacak, a popular promenade with a view of the iconic Kız Kulesi (Maiden’s Tower), also saw a limited makeover as the municipality recently removed two small cafes clogging the promenade with its busy flow of customers.