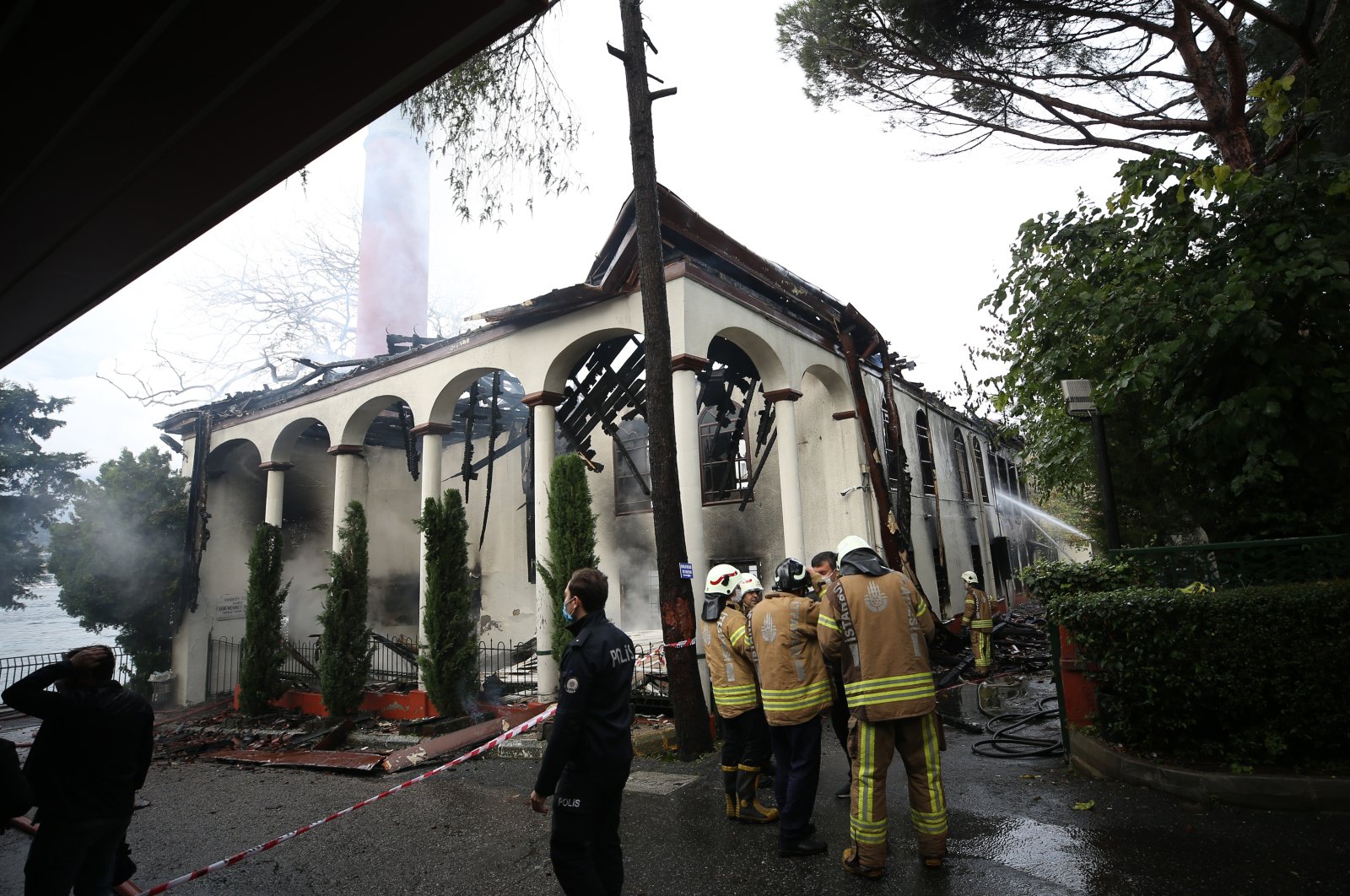 The fire that gutted the 17th-century Vaniköy mosque along the Bosporus was caused by a short circuit, the Istanbul Fire Department said Tuesday.

The fire broke out Sunday afternoon at the historic mosque in Istanbul's Üskudar district.

According to the fire department, the blaze originated in electrical cables and then spread through the building, with the mosque's wooden construction accelerating the flames.

While dozens of firemen and several vehicles were dispatched immediately to the scene, Istanbul’s iconic mosque was still left with substantial damage.

Hearing about the fire, President Recep Tayyip Erdoğan expressed that he was upset by the unfortunate incident and vowed to return the mosque to its former glory.

“We will hopefully restore the mosque in accordance with its historical texture and origin, leaving a legacy for future generations,” the president said.

The single-minaret mosque was built by Vani Mehmet Efendi in 1670, during the reign of Ottoman Sultan Mehmed IV.