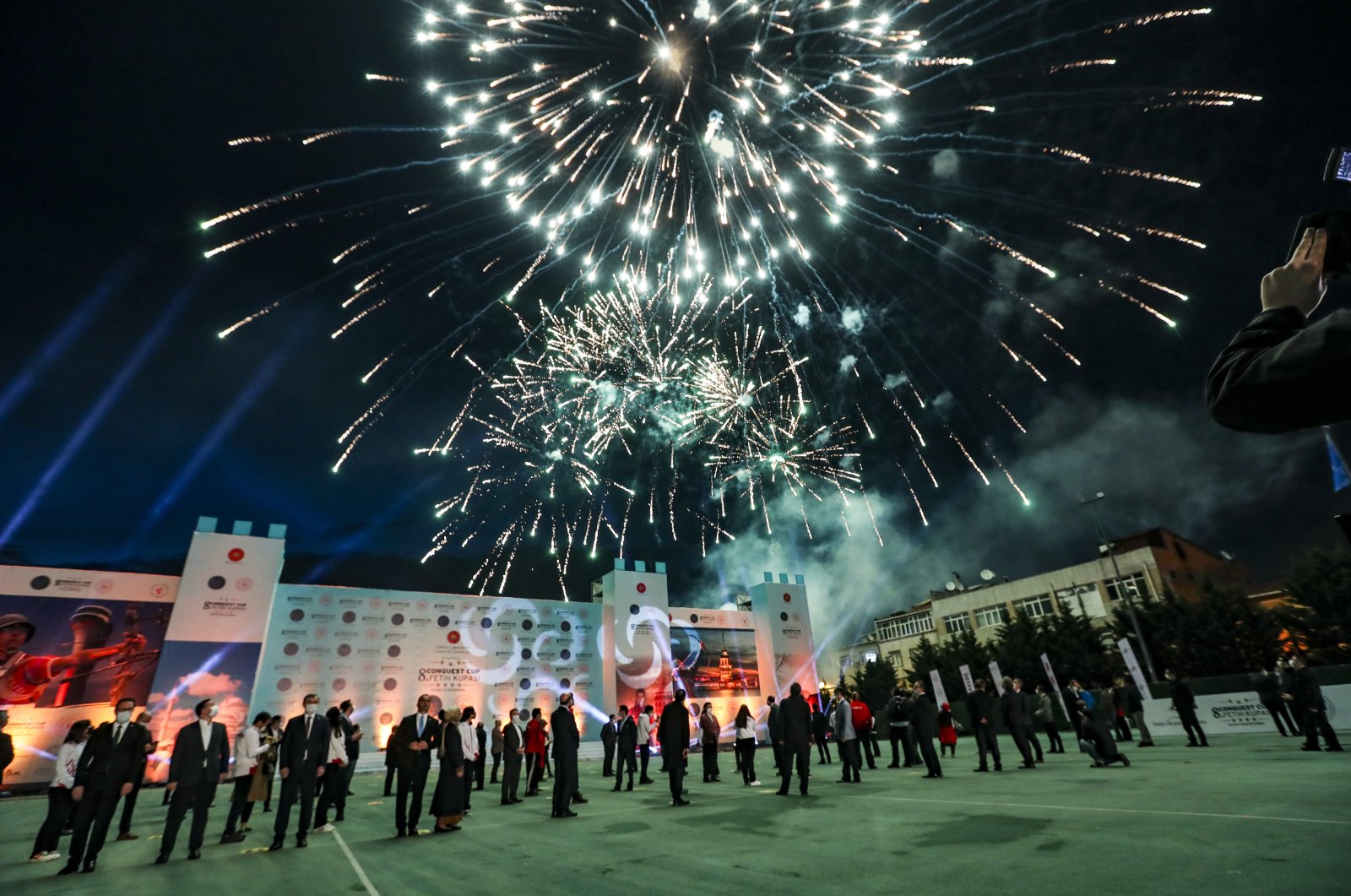 Locals in Turkey’s most populous city Istanbul marked the 567th anniversary of its conquest by the Ottoman Empire on Friday with a slew of celebrations and festivities throughout the city.

The celebrations kicked off with a group of sailing boats from the Turkish Sailing Federation passing through the Bosporus strait.

Adorned with Turkish flags, the boats sailed near the neighborhood of Tarabya, and the sailors saluted President Recep Tayyip Erdoğan as they passed Huber Mansion, where the president was located.

In a statement to commemorate the anniversary of the conquest by the Ottoman Sultan Mehmet II, Erdoğan said: "We mark the 567th anniversary of Istanbul conquest, which is not only one of the greatest victories in history but also a turning point that ushered a new era. We commemorate firstly the great Mehmed the Conqueror and others who helped us call these lands our home.”

Other celebrations to mark the conquest of the city included a reenactment of the epic battle organized by the Istanbul Governorate and a performance by the Ottoman military band "Mehteran."

On May 29, 1453, Sultan Mehmet II conquered Istanbul, then called Constantinople, from where the Byzantines had ruled the Eastern Roman Empire for more than 1,000 years.

The conquest transformed the city, once the heart of the Byzantine realm, into the capital of the new Ottoman Empire.

Although the city had been besieged many times before, nobody had been able to take it, and Mehmed II knew well that achieving the impossible required unorthodox tactics and insight.

The sultan assembled a large army – said to include over 200,000 soldiers, yet some historians say the figure was less than half of this – and appeared before the city's strong walls with full confidence.