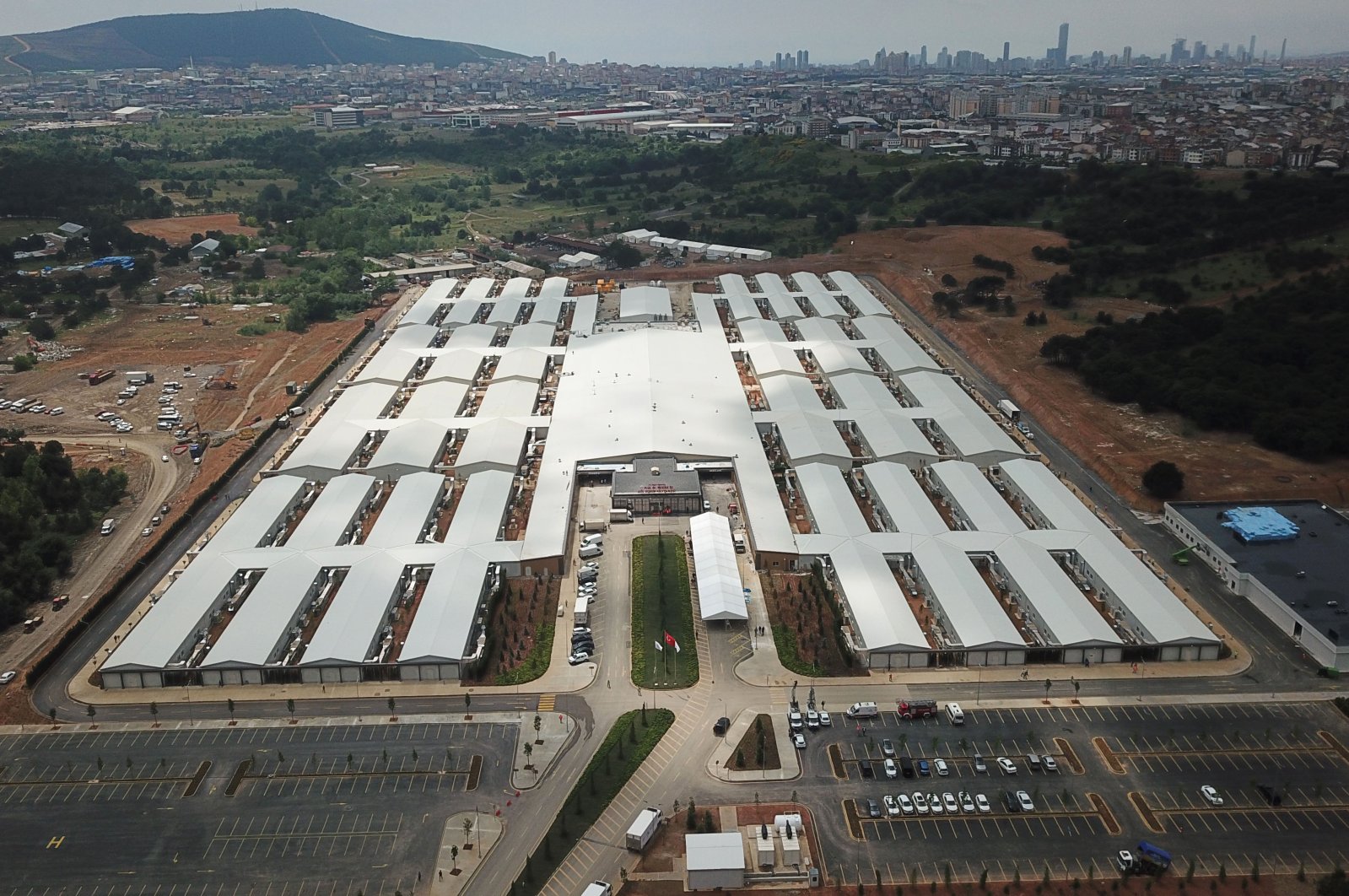 President Recep Tayyip Erdoğan inaugurated Istanbul’s first pandemic hospital on Friday. The Sancaktepe Professor Feriha Öz Emergency Hospital will not only be used against epidemics and during disasters but also will be active in health tourism, the Ministry of Health said in a written statement Thursday.

With the introduction of emergency hospitals during the COVID-19 pandemic, the normalization process of other hospitals will be accelerated, the statement read.

The hospital spans over a total area of 124,000 square meters (406,824 square feet), has a closed area of 75,000 square meters and was built to resist earthquakes. In case of a possible earthquake, the hospital will not sustain damage and will be able to play an active role in the treatment of injured after the disaster.

It has a total bed capacity of 1,008 of which 432 are intensive care units (ICU). In case the need arises, every room can be converted to an ICU. The 16 operation rooms are furnished with state-of-the-art medical equipment.

The construction of the medical facility began at the beginning of April and was completed in under two months.

Speaking at the inauguration ceremony, Health Minister Fahrettin Koca said the pandemic hospital was the latest addition to an already expansive health care system that helped the country manage the coronavirus crisis with minimal damage.

“Our country has set an example in its fight against the coronavirus outbreak that gripped the whole world,” Koca said.

Also speaking at the ceremony, Erdoğan said the city hospitals built across the country helped the government save the lives of the citizens, while the health care systems of other countries collapsed under pressure.

“This hospital, which shows just how far we have come in health care, will serve all those that seek a cure,” he said.

The hospital was named after professor Dr. Feriha Öz, who lost her life to the coronavirus, upon the instruction of Erdoğan.

Öz, a world-renowned Turkish pathologist, died on April 2 at the age of 87.

"We are saddened by the loss of Feriha Öz, who brought up thousands of doctors, diagnosed tens of thousands of patients,” Gönen wrote.

Born in Istanbul, she studied medicine at Istanbul University before working as a doctor at the Cerrahpasa Medical Faculty, where she was a prominent name in the field of pathology.

Öz became the second professor of medicine in Turkey to die from COVID-19 after Cemil Taşçıoğlu, the first Turkish doctor to diagnose the coronavirus infection in Turkey, passed away one day before Öz.

Meanwhile, the construction for another pandemic hospital with a 1,000-bed capacity is ongoing at Istanbul's Atatürk Airport hospital.