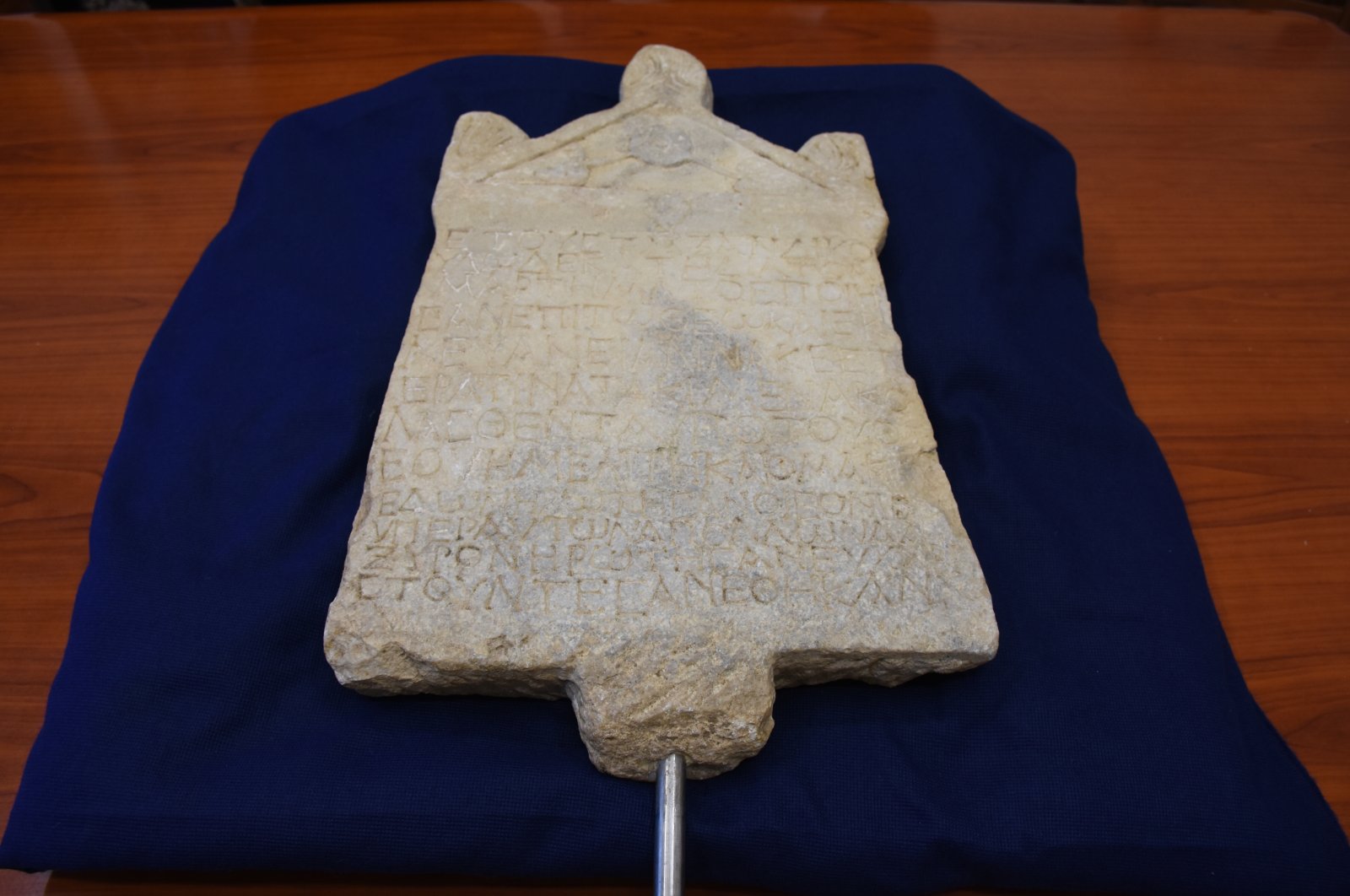 Italian authorities handed over a historical inscription that dates to the ancient Lycian era to the Turkish foreign mission after decades of judicial wrangling about ownership, the Turkish envoy to Rome said Saturday.

The historical inscription is estimated to be around 1,800 years old and depicts the regret of parents whose sons committed theft. It was smuggled out of Turkey to Italy and was found by Italian authorities during a raid in 1997.

Ambassador Murat Saim Esenli and an accompanying delegation received the artifact from Claudio Mauti, an Italian officer in charge of the anti-smuggling department.

Esenli said the judicial process continued for more than two decades, and he praised Italian authorities for taking good care of the artifact amid the process, adding that Turkish ministries established coordination to bring it back home.

The Turkish diplomat said the return of the inscription would enhance the good relations between Ankara and Rome, and the move had historical, academic as well as bureaucratic and judicial aspects.

Turkey and Italy enjoyed positive ties in cultural coordination as Italy returned an ancient vase in 1991, according to Esenli who said smuggling historical artifacts still continued and both countries should reach an agreement regarding the protection of cultural properties.

Luca Brachi, a lawmaker representing the Turkish side during the trials, said the process was prolonged because judges in charge of the case were changed, but he was pleased with the conclusion.

An Italian court ruled Nov. 5, 2019, that the inscription belonged to Turkey, officially starting the return process of the historical gem, which was taken out of the Apollon Aksyros Temple in Manisa province of Turkey.