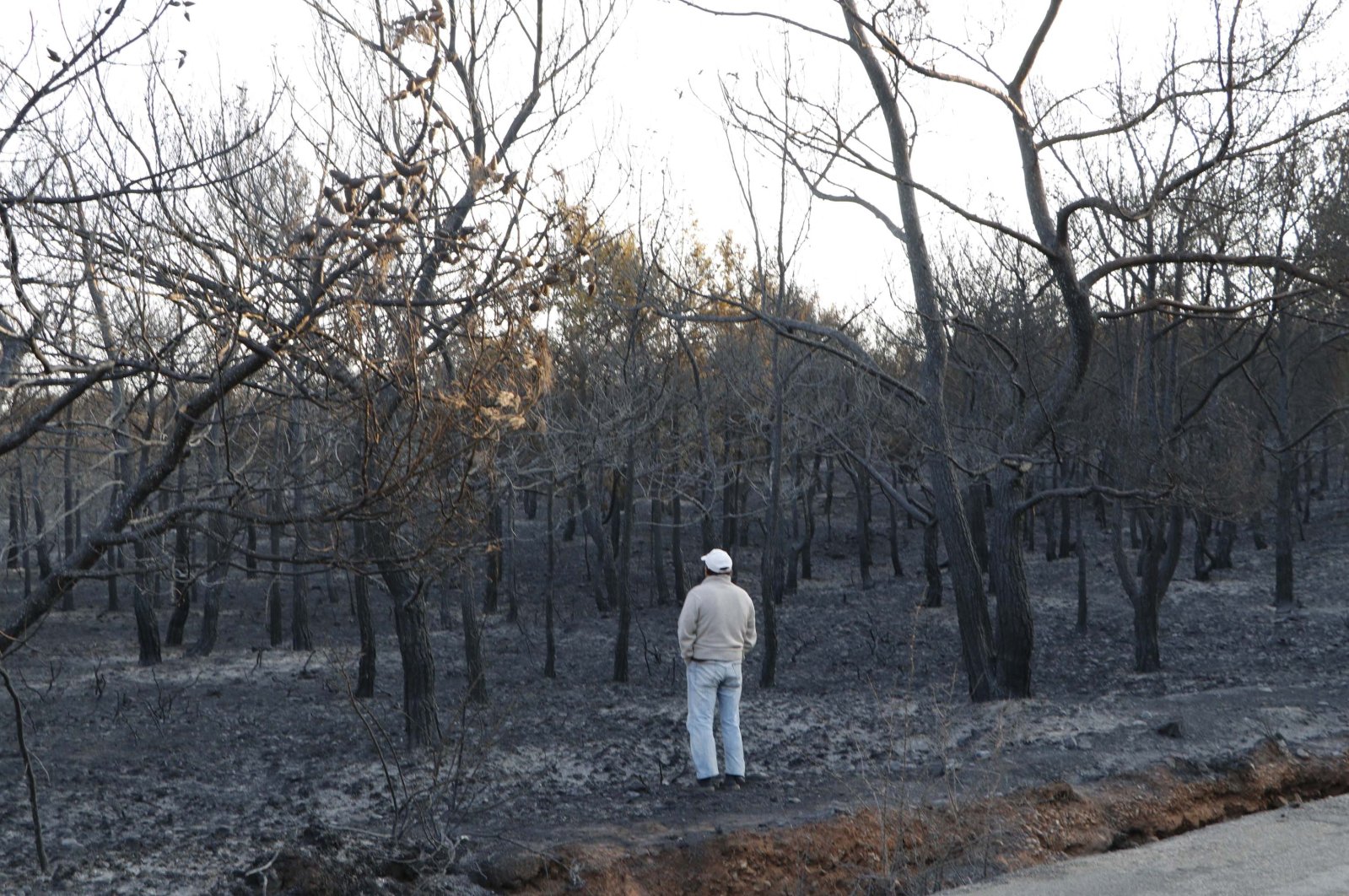 A large fire that swept through Balıkesir's Ayvalık district was brought under control Sunday morning after burning for at least five hours.

The fire affected an area of 80 hectares (almost 200 acres) near the Şeytan Sofrası (Devil's Feast) area of the coastal town on Turkey's west coast.

Over 60 water trucks, four bulldozers and a team of more than 300 people participated in efforts to put out the fire.

Balıkesir Gov. Hasan Şıldak, who reached the region Sunday morning, said approximately 80 hectares of land were damaged in the fire that started in Badavut district.

Favorable winds helped extinguish the blaze faster, Şıldak said adding that they put out the fire "with God's help."

"We got the fire under control with good intervention. There is a very low probability that the fire will spread to other areas. Our teams have surrounded the region," he said.

He added that air support started with the first ray of sunlight. "According to initial findings, the fire was caused by a rupture in a power line."

Metropolitan Municipality Mayor Yücel Yılmaz said they plan to plant trees in the fire-affected area with the help of the Regional Directorate of Forestry and teams from the municipality.

Turkey has long been working to improve its fire response system, aiming to bring down its first response time to forest fires under 10 minutes or even less.

The response time to forest fires in Turkey has steadily decreased over the last five years.

With new investments, the number of fire trucks has reached 1,072, water tankers to 281, first response vehicles to 586, bulldozers to 185 and other vehicles and construction equipment to 473. The total number of vehicles has since reached 2,597, while the number of personnel has reached 18,554.