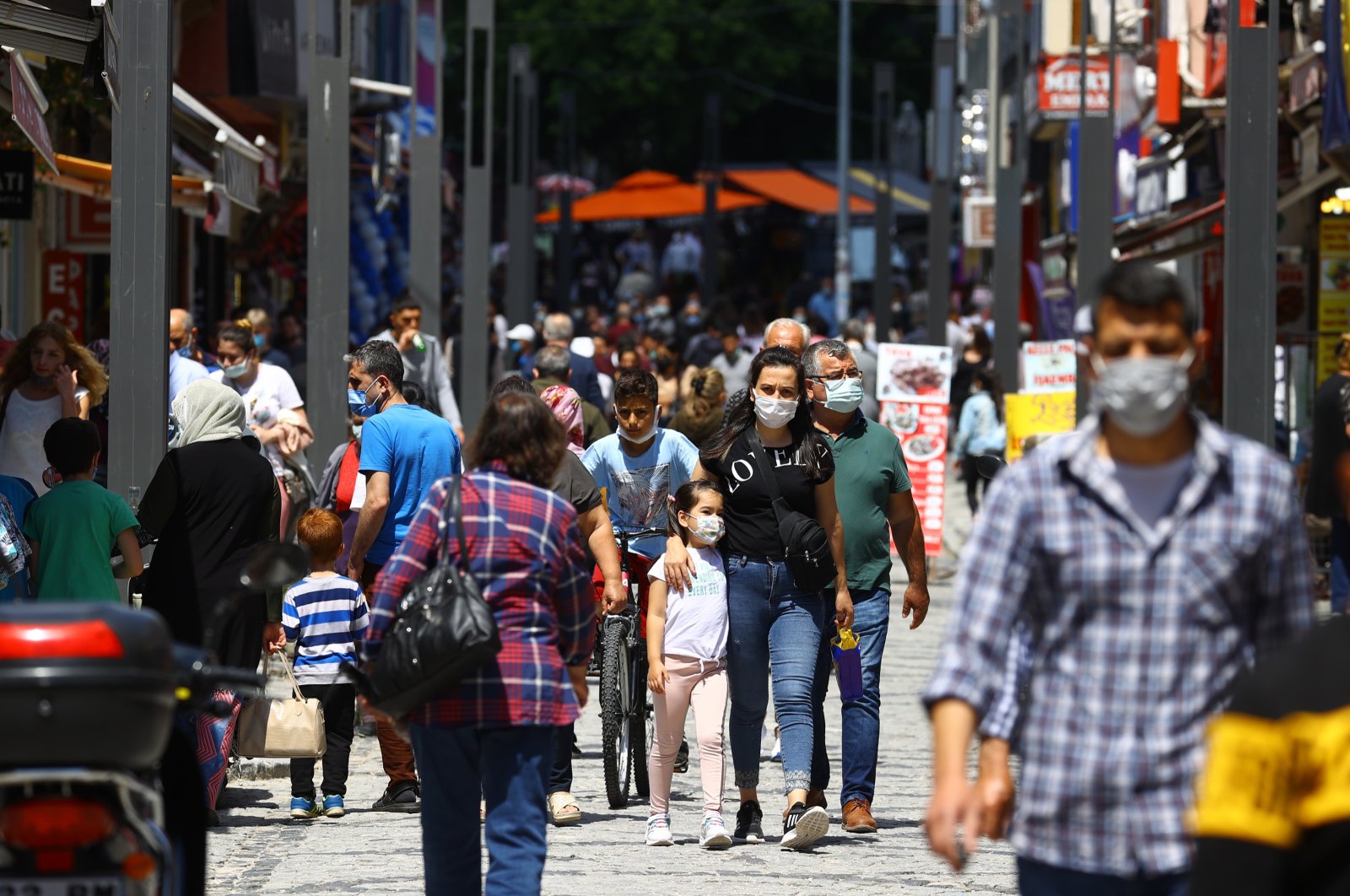 Data from the last week of May points to a gradual decline in coronavirus infections, particularly in big cities, while smaller communities in the north and west still have high numbers

The Health Ministry disclosed Turkey's coronavirus incidence rate for the week of May 22-28 and Minister Fahrettin Koca highlighted that cases continued to decrease. The figures, based on the number of cases per 100,000 people in each 81 of the provinces, are far below the levels they were before restrictions were tightened in April and the start of a 17-day total lockdown that ended on May 17.

In Istanbul, cases per 100,000 people were around 89 while the capital Ankara recorded about 115. In the third-largest province Izmir, this figure dropped to 47.

None of the provinces had cases at or above 200, a dramatic decline from when they were as high as 600 in the Black Sea region. Gümüşhane, a Black Sea province, still had the highest number of cases, 162 per 100,000. It was followed by Bilecik in the west, Kars in the east, the capital Ankara and the western province of Kütahya. Hatay, a southern province on the Syrian border, had the lowest number of cases, at 12 per 100,000. It was followed by its neighbors Adana and Osmaniye, the southern province of Mersin and the western province of Aydın.

On weekly basis, Erzurum and Tunceli in the east recorded the highest decline, along with the provinces of Kastamonu, Samsun and Kocaeli.

The country managed to decrease its number of daily cases to 7,000 from more than 50,000 in two months, which Turkey attributes to lockdowns and limits on intercity travel, along with its swift vaccination campaign. On Monday, President Recep Tayyip Erdoğan unveiled a new “normalization” process that allows the reopening of businesses like restaurants, cafes and schools and curbs some weekday curfew hours and weekend lockdowns.

Authorities now plan to lift mask requirements – once case numbers decrease more and vaccinations reach more people. Experts say masks may be allowed to be removed in September. In a live televised broadcast on Tuesday evening, Erdoğan said the health minister would soon make a statement on the issue but the mask requirement would only be removed as long as people kept social distancing by at least one and a half meters.

The government first started a normalization process in March, after assigning risk categories to each of the 81 provinces, allowing each province to implement its own measures or relax them. But the idea was scrapped soon after a sudden surge in cases was seen all over the country. Before announcing the lockdown, Erdoğan voiced the country’s desire to bring daily case numbers down to around 5,000. Experts say the lockdown largely paid off but more vaccinations are needed to further decrease them.

Turkey so far lost more than 47,000 people to the pandemic, which insinuated itself within a public unaware of the dangers that emerged in the country in March. Stories of recovered patients serve as cautionary tales for people who ditch masks and social distancing rules despite inspections and fines.

Nevzat Akça and Önder Sönmez are two patients who shared their plight with Anadolu Agency (AA) Wednesday. Both men work at hospitals in the southern province of Hatay. Akça, a lab technician, found out he was infected after his nurse wife first tested positive. The couple stayed in self-quarantine at home during their bout with the illness. “I first lost my sense of taste and smell. Then came high fever and pains in my back, waist and joints. I felt like my muscles were ‘boiled,’” he recalled. “It was like countless needles were being poked in my body when I lied down. It was awful. I lost my appetite and felt very ill. I was in the bed for about 18 hours every day. In 12 days, I lost 10 kilos (22 pounds),” he added. Akça said the situation was also very difficult for his children, as they had no place to entrust them for care. “They were very young and we had to keep them with us at home. We had to keep our masks on all the time,” he said. Akça recovered in 15 days but says he is “traumatized” by the experience.

Sönmez, a nurse, found out about his illness when he lost his sense of taste and smell. It took 20 days in quarantine to recover. “I was putting on perfume before going to work one day but I couldn’t smell it. I suspected coronavirus and decided to take a test. It came out positive,” he recalled.