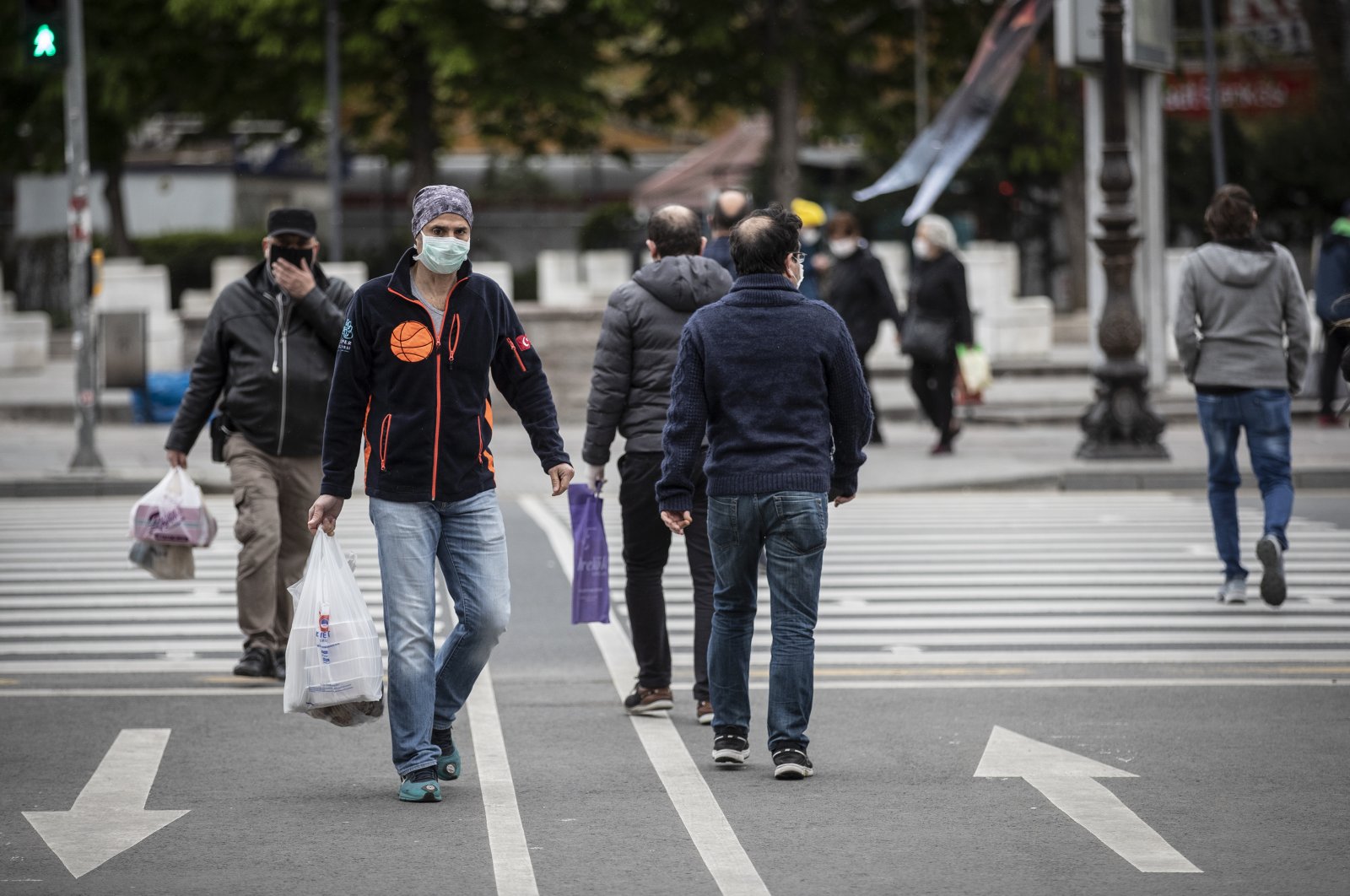 Health Minister Fahrettin Koca said Turkey’s fight against the COVID-19 outbreak faces a critical stage with the arrival of Ramadan – the holy month of fasting traditionally marked by frequent visiting, socializing and, for some, intercity travel – repeating calls for the public to comply with social isolation to prevent a rise in the number of cases.

Muslim faithful across Turkey this week welcomed Ramadan, the arrival of which would usually usher in a time of families and friends gathering together almost every evening to break their fasts. In addition to this social dimension, the month culminates in a holiday usually celebrated in Turkey with an annual exodus from major urban sprawls. Thus, the month ahead looks likely to be a critical chapter in Turkey’s fight against COVID-19 pandemic, Koca said. He warned the public to heed the calls for self-isolation and social distancing despite Ramadan traditions.

“Controlling social mobility during Ramadan is a critical threshold in our fight against the pandemic. To prevent provinces with fewer coronavirus cases from becoming the focal point of another outbreak, we absolutely require social isolation. We hope that people will avoid shaking hands or hugging each other to celebrate the festival. We will have a more joyous Ramadan once we leave these difficult days behind,” Koca told the Sabah newspaper in an exclusive interview.

The country on Thursday confirmed 115 more fatalities from the novel coronavirus, bringing the total death toll to 2,491. The total number of registered coronavirus cases surged to 101,790, as 3,116 more people tested positive for the virus. So far, 18,491 patients have been discharged from hospitals after recovering from the virus, with 2,014 discharged on Thursday alone. A total of 40,962 tests were conducted over the past 24 hours, with the total reaching 791,906.

Istanbul, Turkey’s most densely populated city, has had the highest number of coronavirus cases. “(Hundreds of) our field crews have toured Istanbul to find people COVID-19 patients had contacted in order to break the cycle of infection. They are medical detectives who have used their methods to help us manage the outbreak in the city,” he said. Koca added that the first patients in Istanbul were hospitalized while in a worse condition than other patients, with serious respiratory problems. “As we learned more about the chain of infection, we were able to carry out early diagnoses and treatments for new patients. In the end, it became a manageable situation,” Koca said.

The minister links Turkey’s overall success in the fight against the pandemic to a number of factors, including experience in medical care. “The drugs that a lot of countries used on patients at the intensive care stage we administered in the early treatment stage, bringing about good results. It also helped us to relieve hospitals of the burden that a higher number of patients might have brought,” Koca said, adding that Turkey already had a higher bed capacity in intensive care units compared to other countries.

Curfews have also been critical in the country’s fight to limit infections. After imposing curfews on senior citizens and those under the age of 20, Turkey started implementing a full lockdown across big cities. Scenes of people rushing to buy groceries and bread shortly before the start of the first lockdown on April 10 had raised concerns over “a second wave” of infections, but Koca said the current figures show this was not the case and the situation was still manageable. He said weekend curfews since then have played a major role in managing the situation.

Turkey's most important advantage against the novel coronavirus, which has claimed thousands of lives worldwide, is its strong health infrastructure, according to a Turkish expert.

"Since the first case (in Turkey) until today, it is seen that the strong health army and infrastructure of our country have been working efficiently and adjusted itself to the rapidly changing situation," Sedat Üstündağ, dean of Health Sciences Faculty at Trakya University, told Anadolu Agency (AA).

He said the anti-virus efforts in the country are being carried out in a systematic way under the leadership of the Health Ministry and the Coronavirus Scientific Advisory Board to reduce its effects on public health.

Üstündağ highlighted that Turkey has taken exemplary measures against the COVID-19 virus, and said data shows the success in its fight.

"Actually, our health system had intense workload and labor, so we are in one of the most advantageous countries in terms of complying with the new situation," he said.

He said all health workers are carrying out their duty with great devotion, citing the downward trend in the rate of the rise of coronavirus cases and deaths. Üstündağ underscored that in the coming days, the situation depends on to what extent people adhere to isolation rules. He advised people to strictly follow the suggestions of the Health Ministry.

"We have seen that it is of great importance that each individual knows and applies the rules to stem the pandemic," he said, adding that from children to elderly, everyone should be trained for possible future situations like this.

On Friday, Turkey oversaw the return of 2,588 citizens from several countries as part of its ongoing repatriation drive.

Turkey is working to bring back nearly 25,000 citizens stranded abroad due to the COVID-19 pandemic in line with the month of Ramadan.

The highest number of citizens, 963, was brought back from France on special flights that landed in the capital Ankara as well as Istanbul. Another 326 expats from Switzerland and 286 from Sweden arrived in the northwestern city of Bursa province and the town of Amasya along the Black Sea. On Thursday night, 323 citizens returned from Ukraine on a special Turkish Airlines flight that arrived in the eastern province of Sivas. Following mandatory health checks, these arrivals were transported to the central province of Tokat to be quarantined at a specially allocated student dormitory.

In the central province of Nevşehir, 299 Turkish citizens arrived from Azerbaijan and were placed in quarantine at a student dormitory. A special flight with 165 Turkish citizens from Germany landed in the city of Mersin on Thursday. Another Turkish Airlines flight with 144 citizens from Algeria landed in the central city of Konya, while 82 more from Thailand were brought to the Aegean city of İzmir. All returning citizens will be in quarantine for 14 days.