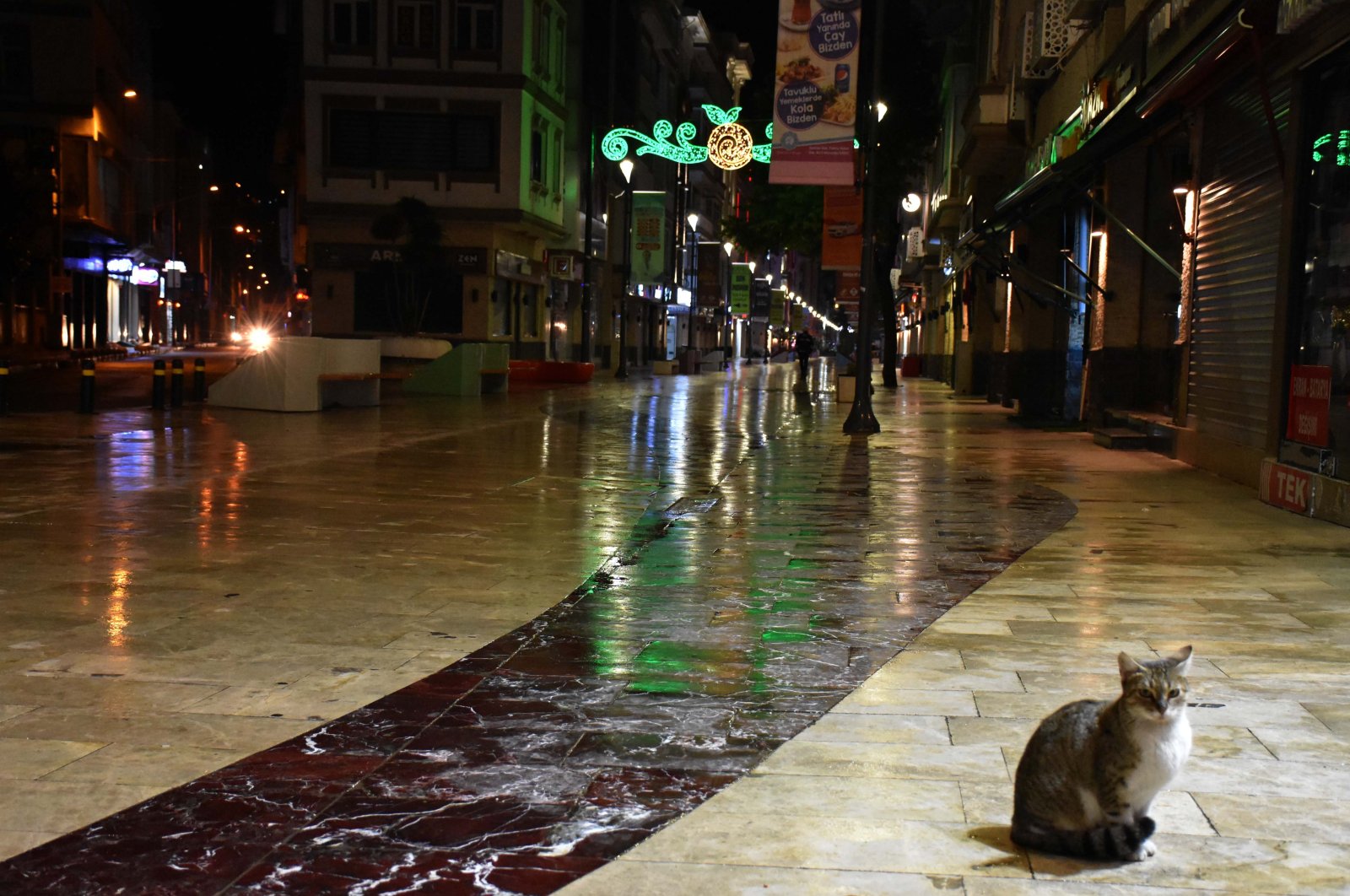 Turkey was back to normal life after the first weekend curfew against the COVID-19 pandemic in months, and figures show people largely complied with the two-day partial lockdown

The first weekend curfew in months against the coronavirus outbreak went smoothly, figures by the Interior Ministry shows.

The ministry announced that only 9,583 people were subject to "legal and administrative measures" for violating the curfew, which ended in the early hours of Monday. The measures refer to a fine of TL 3,150 (around $406).

The country spent the summer with relatively low trends in the number of coronavirus patients. Yet, the figures returned to the levels they were in the early days of the pandemic. The country recorded the highest rate of daily fatalities, at 141, on Nov. 20, far higher than the previous peak number of 127 on April 19.

Strict measures, restrictions and public compliance had helped the country decrease the number of fatalities to only 14 on June 13, but a steady rise emerged again in September, just when people started to return to big cities from their hometowns and vacation resorts. The increase is not peculiar to Turkey though as the world goes through new waves of the pandemic with a rise in patients. Scientists link it to spending more time indoors as the winter gradually sets in. Currently, the total number of patients stands at 446,822 while the number of fatalities exceeded 12,300. Recoveries since March reached 374,637.

Along with weekend curfew, Turkey barred senior citizens aged 65 and older and youth aged 20 and younger from going out all the time, except for between 10 a.m. and 1 p.m. and between 1 p.m. and 4 p.m., respectively. Other measures include a ban on restaurants and cafes from hosting customers, closure of kahvehanes or coffeehouses and cinemas until the end of the year. All sports events were also barred from hosting spectators.

Schools were also shut down except for preschoolers for the remainder of the first semester. Students returned to online classes after a one-week break while preschoolers returned to in-person education with limited hours Monday.

Health Minister Fahrettin Koca said last week that the upward trend in infections in crowded cities such as Istanbul, Izmir and Bursa expanded across the country, necessitating the new restrictions.

"While we are able still to shoulder the burden (of current cases), it has become inevitable to introduce radical measures to alter the course," Koca has said at a speech in Parliament during discussions on the ministry's budget.

Though Koca underlined that he believed no further restrictions would be necessary, some members of the ministry's Coronavirus Scientific Advisory Board say they may recommend more, stricter measures, if the surge cannot be reined in during the next few weeks. This means a return to the days before June 1 when Turkey launched a "normalization" process. From April to that day, Turkey banned all travel to and from the country's worst-hit provinces and imposed all-day lockdowns on weekends. Malls and other social gathering places were closed. Inter-city travel restrictions were particularly helpful as it limited the movement of people and thus, from spreading infection all across the country. Then came the normalization process where Turkey opted for easing restrictions after the government was encouraged by signs of decline in the number of patients and in a bid to prevent a blow to the economy which would have almost come to a standstill due to the lengthy closure of businesses.

However, the government also introduced harsher measures that each citizen ought to follow, including mandatory mask use and better enforcement of social distancing in crowded places. The Interior Ministry stepped up daily inspections against violations of those rules all across the country and handed down fines to violators. With a decentralized approach, the government also handed more powers to local authorities in each of the 81 provinces to control the outbreak. Apart from nationwide restrictions occasionally imposed, each province has its own pandemic board governed by local governorates. The boards can take measures specific to each province based on the outbreak trends.