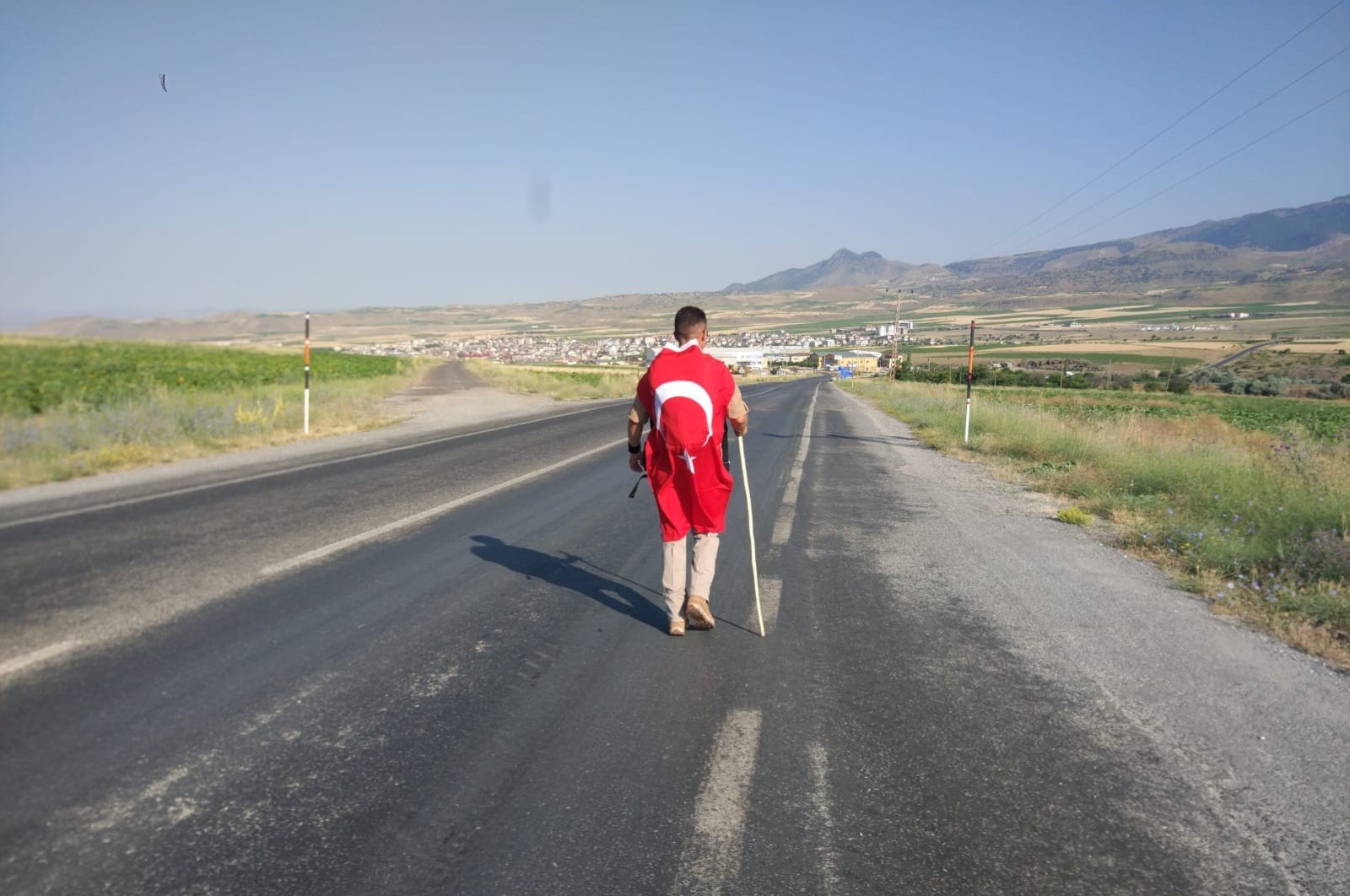 Bünyamin Yurdakul made a promise four years ago during the brutal coup attempt that killed 251 people. Since then, he walks 47 kilometers on each anniversary of the putsch bid.

The 45-year-old man resides in the central Turkish city of Kayseri, where he drove exactly 47 kilometers from the Şıhlı neighborhood where he lived to the Develi district during the coup attempt on July 15, 2016. He made the trip to be with a large crowd for a “democracy watch.” The rally, which was held nationwide, was a sign of people’s support for democracy in the face of the coup attempt.

Draped in a Turkish flag, Yurdakul completed his fourth walk in eight and a half hours on Wednesday. “Me and my friends were going in a car to a square in Develi for the rally. I prayed during the ride for Allah not to allow putschists to take over, not to allow our flag to fall. I promised that I would walk the same route on foot if my prayers were answered and indeed, they were,” he told Ihlas News Agency (IHA).

“During the walk, I thought about the martyrs of the coup attempt and sympathized with the survivors. These people lost their lives or limbs. They did not eat or drink anything while fighting the coup attempt for a long time. So, I did not drink or eat anything while I walked. May Allah not allow a repeat of that day,” he added.