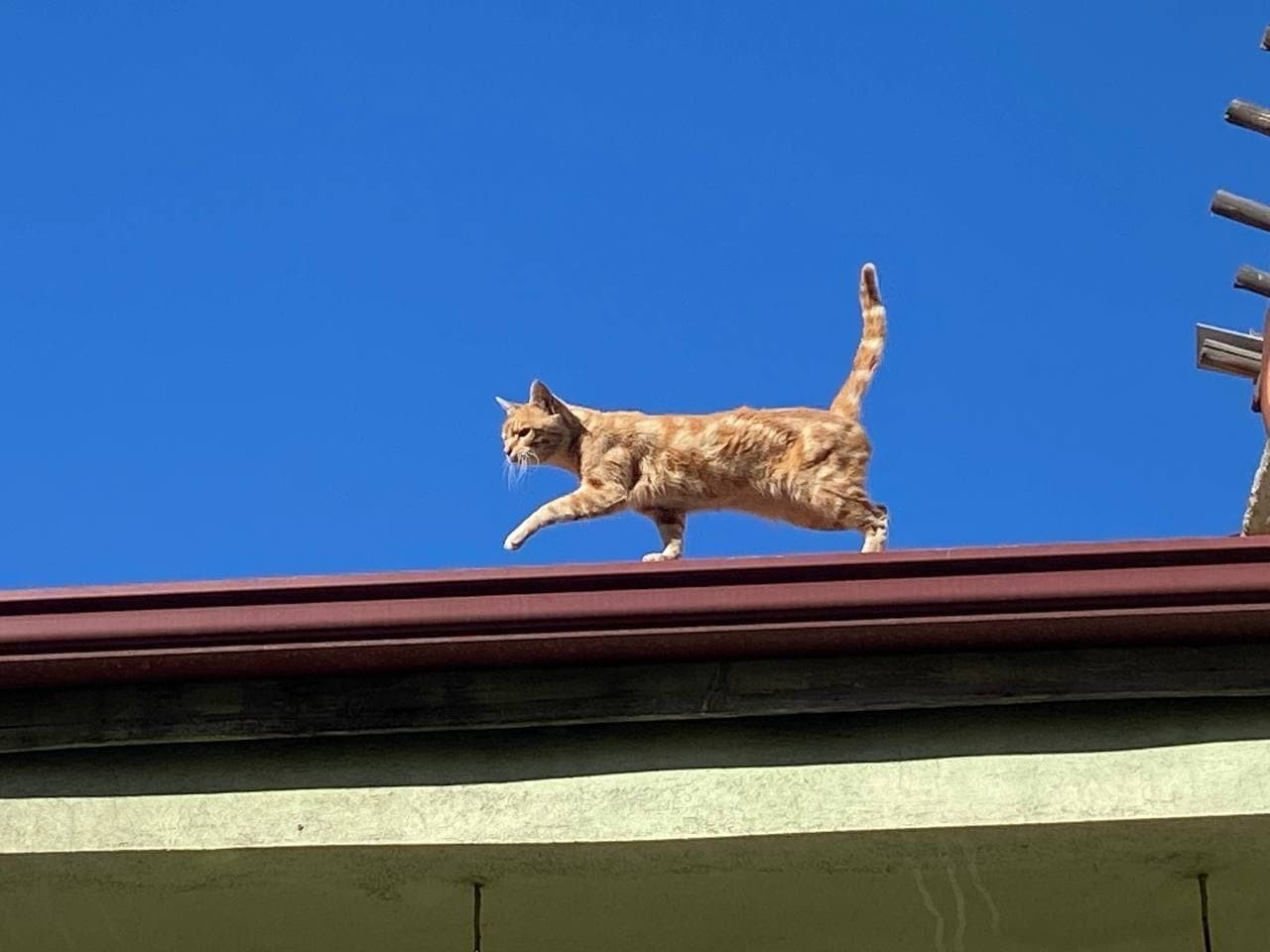 Cats love climbing, for some reason, and sometimes they get stuck in trees or on roofs and cannot find a way down. A yellow tabby cat in Sungurlu, a town in central Turkish province of Çorum, apparently has the means to climb down with human assistance. Yet, it refuses to come down, having lived on the roof for a record four years.

Locals’ and firefighters’ efforts to take her to safer ground proved futile. With a resigned collective shrug, residents decided to help her while she is up there. The unnamed feline now enjoys all the food she can eat in the comfort of her new home, without having to climb down to hunt for food. Luckily, the roof she chose as her new home is the top of a building inside a bazaar lined with shoe stores, a busy joint. Shopkeepers below and passersby now familiar with the rooftop resident feed her with livers, fish and chicken they leave on the roof.

Muttalip Yavuz, who runs a coffeehouse in the bazaar, says the cat first emerged on the roof after leaping there from the roof of a building opposite. “Firefighters came here multiple times to take her but they failed. We also tried a few times but could not capture her. So, we decided to keep her there and feed her,” he told İhlas News Agency (İHA) on Wednesday.

Ahmet Köylü, a shop owner in the bazaar, said the cat was wary of humans and would eat the food they leave only when they left her alone. “She constantly meows, like she is begging, when no one leaves food for her,” he said.