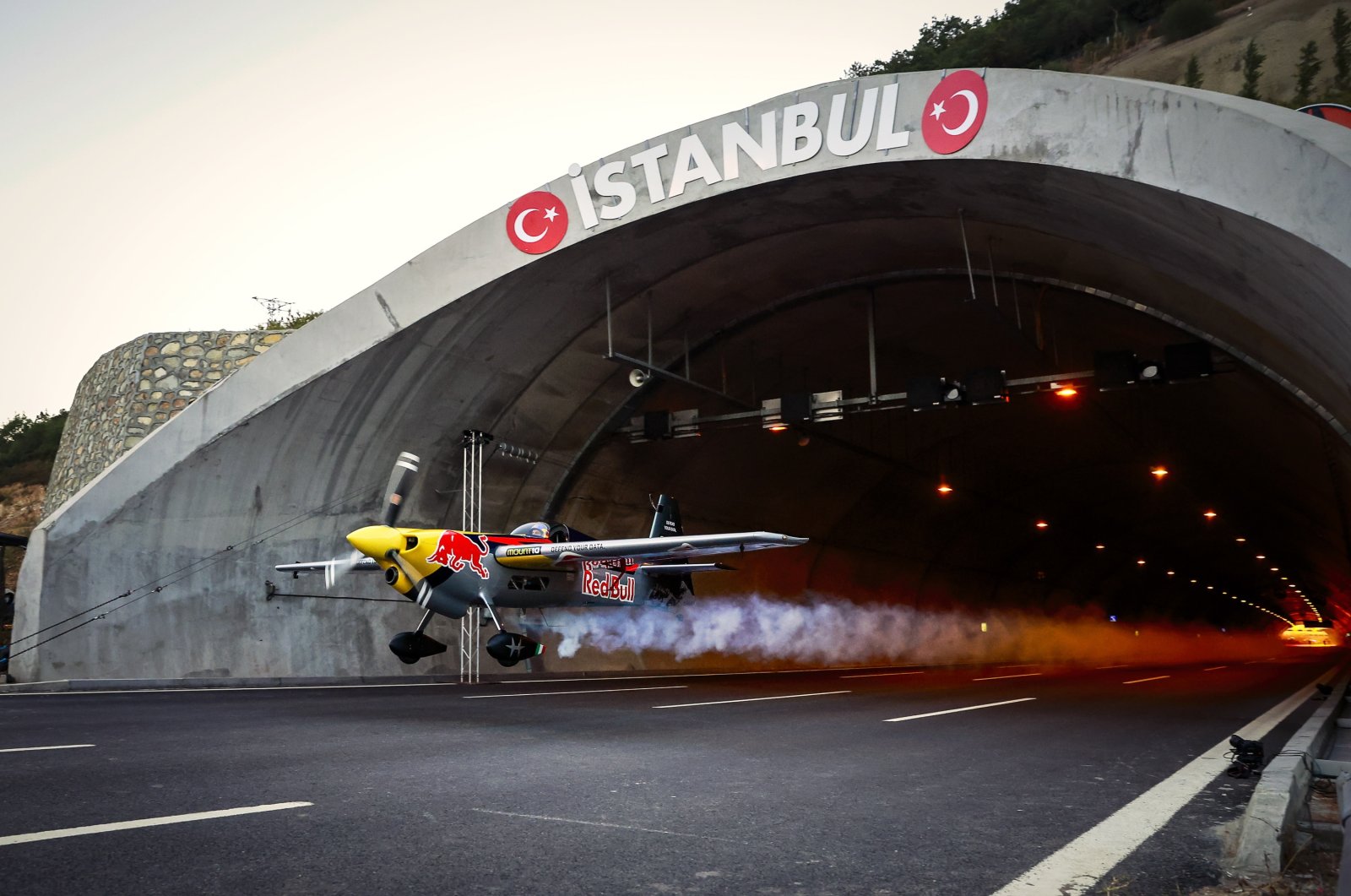 A handout photo made available by the Red Bull Press Office shows Italian pilot Dario Costa in action as he flying through the Çatalça Tunnel in Istanbul, Turkey, Sept. 4, 2021. (EPA Photo)
by DAILY SABAH Sep 04, 2021 10:35 pm

Italian stunt pilot Dario Costa didn’t seek the heights Saturday but the depth of a tunnel.

By flying through the two tunnels on the Northern Marmara Highway in Istanbul’s Çatalca district he broke the world record of longest tunnel flight by plane.

His flight through the tunnels T1 and T2 lasted for a total of 43.44 seconds. The daring pilot soared staggeringly low with merely a meter (3.28 feet) above the ground and had only 4 meters on either side of his specially made plane. The whole length of the flight was 1,610 meters.

He passed through the two tunnels at an average speed of 245 km/s.

The tricky part of the record attempt was the open space between the tunnels, usually hitting with hard winds, but Costa mastered that challenge and celebrated the occasion by doing a loop after his success.