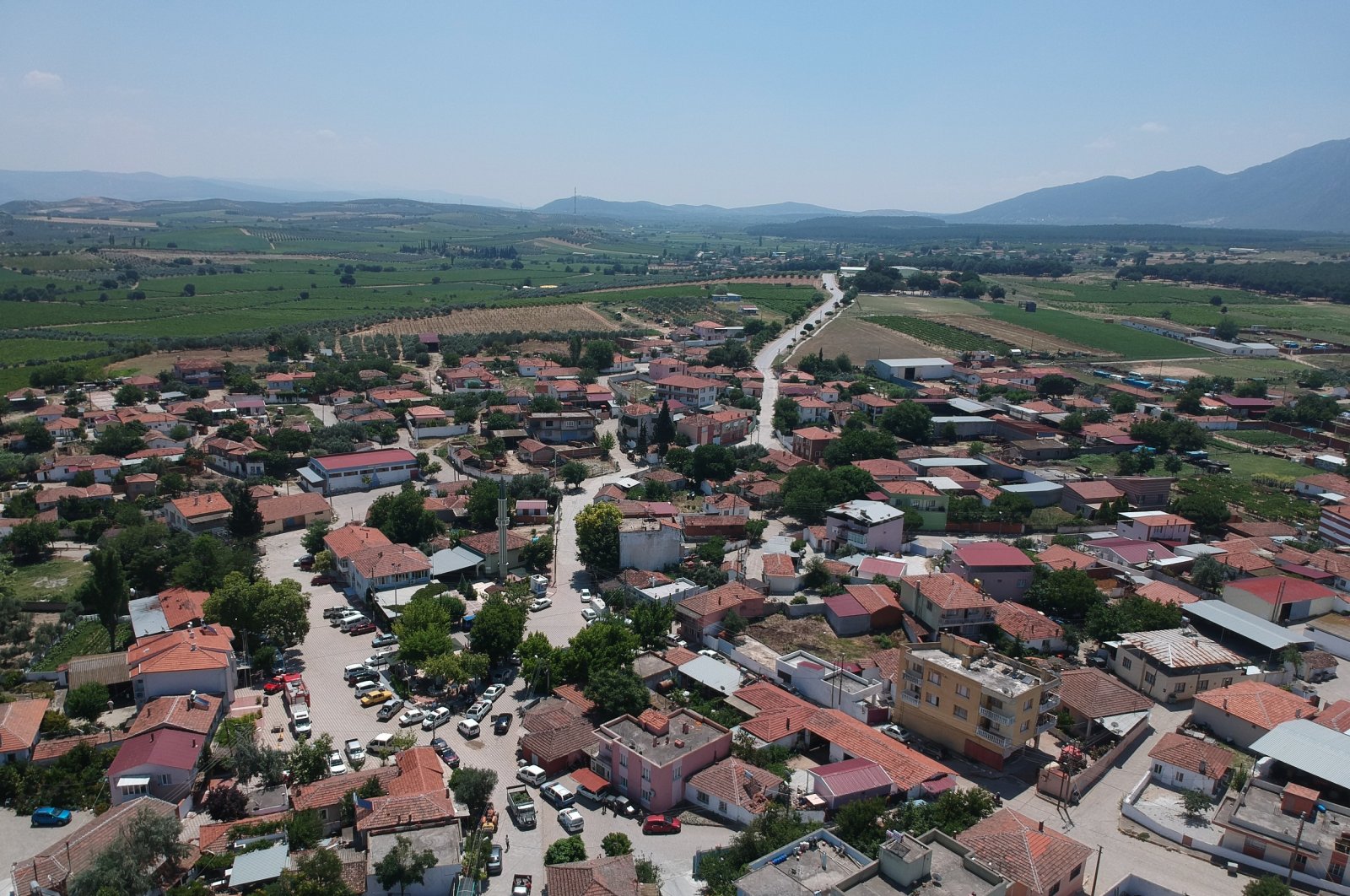 This drone image shows Kumkuyucak village in the Saruhanlı district of western Manisa province after the magnitude 5.5 earthquake that rattled western Turkey, on June 26, 2020. (AA Photo)
by Agencies Jun 26, 2020 10:32 am
Edited By Sinan Öztürk

An earthquake with a preliminary magnitude of 5.5 hit a town in western Turkey on Friday, sending people rushing out of buildings. There were no immediate reports of any casualties or damage.

The earthquake was centered in the district of Saruhanlı, in Manisa province, at a depth of 9.2 kilometers (5.6 miles), the Disaster and Emergency Management Presidency (AFAD) said.

No damage and casualties have been reported so far, Interior Minister Süleyman Soylu said in a tweet.

"So far, we have not had any aftershocks in Manisa," Karadeniz added.

Tremors of the quake were also felt in some other provinces, including Izmir, Bursa, Balıkesir, Aydın, Istanbul, and Kütahya.

The quake came a day after another temblor, measuring 5.4, shook the eastern province of Van, near the border with Iran, slightly injuring five people and damaging homes.

Turkey is crossed by two major fault lines and earthquakes are frequent. In 1999, a magnitude-7.4 quake killed more than 17,000 people in northwestern Turkey.