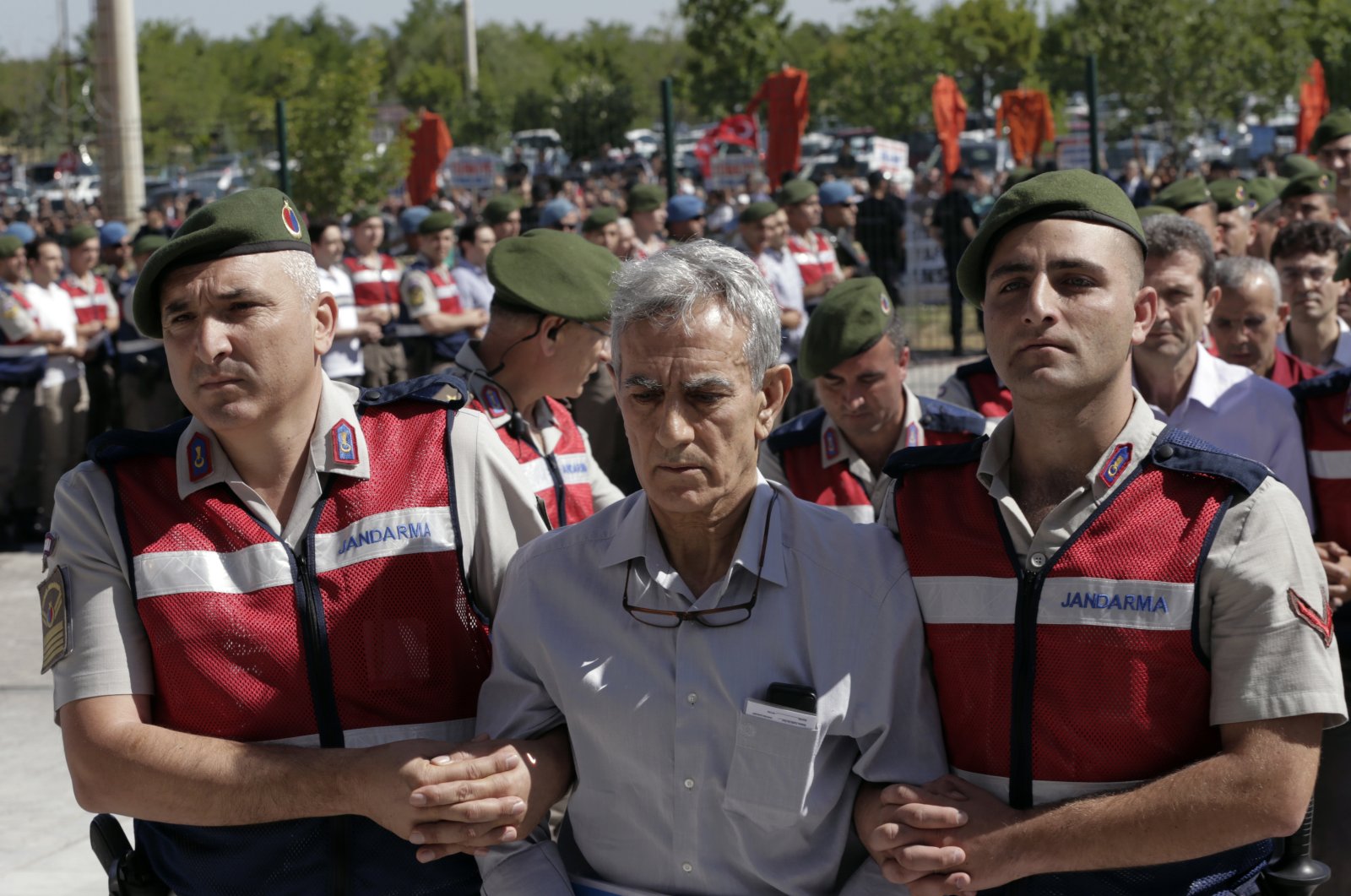 In a few weeks, a court in the capital Ankara is expected to complete the trial of 475 defendants accused of taking part in the July 15, 2016 coup attempt by the Gülenist Terror Group (FETÖ).

The trial over the actions of putschists at the capital's Akıncı military base, which resulted in the killing of 251 people and injured nearly 2,200 others, is the largest trial remaining. So far, 462 out of 475 defendants have completed their defenses while six defendants remain at large. All defendants are scheduled to finish their final defense by Oct. 30 before the verdict process begins on Nov. 6.

According to prosecutors, Akıncı was the “command center” of putschists who were military infiltrators of the terrorist group. Since the attempt was quelled, a court handles the putschists' case at a maximum-security prison-courthouse complex in Ankara’s Sincan district. Among the defendants on trial are the pilots who dropped bombs on the Turkish Parliament and other critical locations in the capital.

A 4,658-page indictment asks for multiple aggravated life imprisonment for some defendants. Defendants include FETÖ leader Fetullah Gülen and five civilians who helped coup plotters, including Adil Öksüz, the fugitive mastermind of the nationwide coup attempt on behalf of the terrorist group. Twenty-five generals are among those on trial in the case. Along with bombings, defendants are accused of the abduction of generals who opposed the attempt. The trial began on Aug. 1, 2017, and saw 497 hearings.

Despite clear evidence, most defendants denied the accusations. Civilian defendants claimed they were at the Akıncı base “by coincidence” while military officers claimed they did not take part in the attempt despite being caught red-handed on security camera footage at the base. Some claimed they thought they were taking part in a counterterrorism operation. Along with the attempt to overthrow the government, defendants are implicated in the killings of 77 people through bombings and gunfire targeting police officers and civilians resisting the coup attempt.