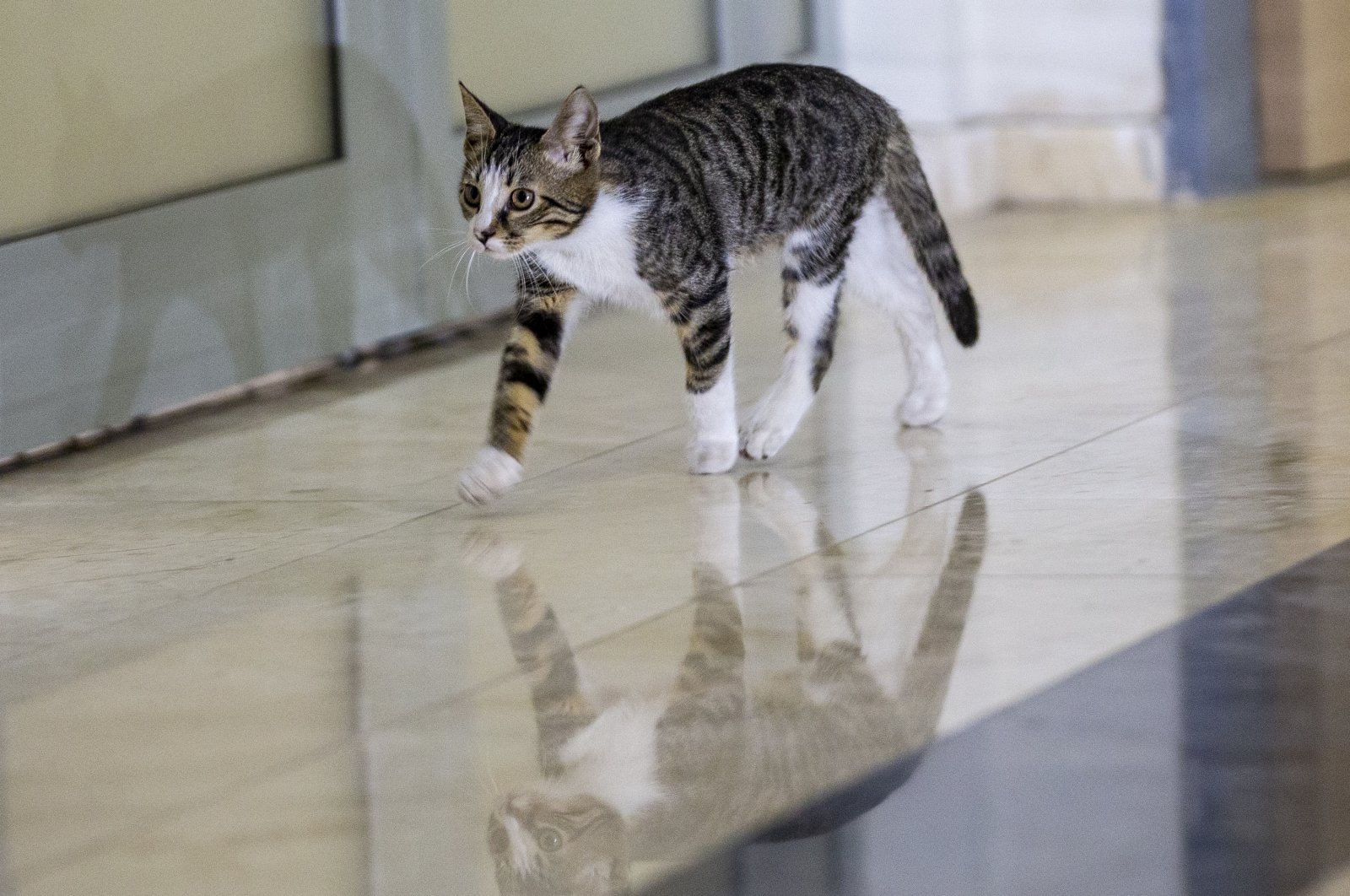 A video of a young man who patiently waited for a cat to drink water while blocking his way on the roadway went viral online in Turkey.

The unidentified man is seen in a cellphone camera footage taken in the Tatvan district of the eastern province of Bitlis as he pushes a hand cart on a narrow alley.

As he comes across a cat drinking water from a small pond in the alley, he comes to a halt and waits.

When the cat leaves, he leaves too. Many social media users heaped praise on the man while others lamented that this has always been a part of Turkish culture but now finds praise because it has become rarer to treat animals that way nowadays.

Cats, as well as dogs, are an inseparable part of daily life especially in cities where they roam freely.

This stems from an Islamic-Turkish culture embracing the animals and is accentuated with Prophet Muhammad’s fondness for cats.