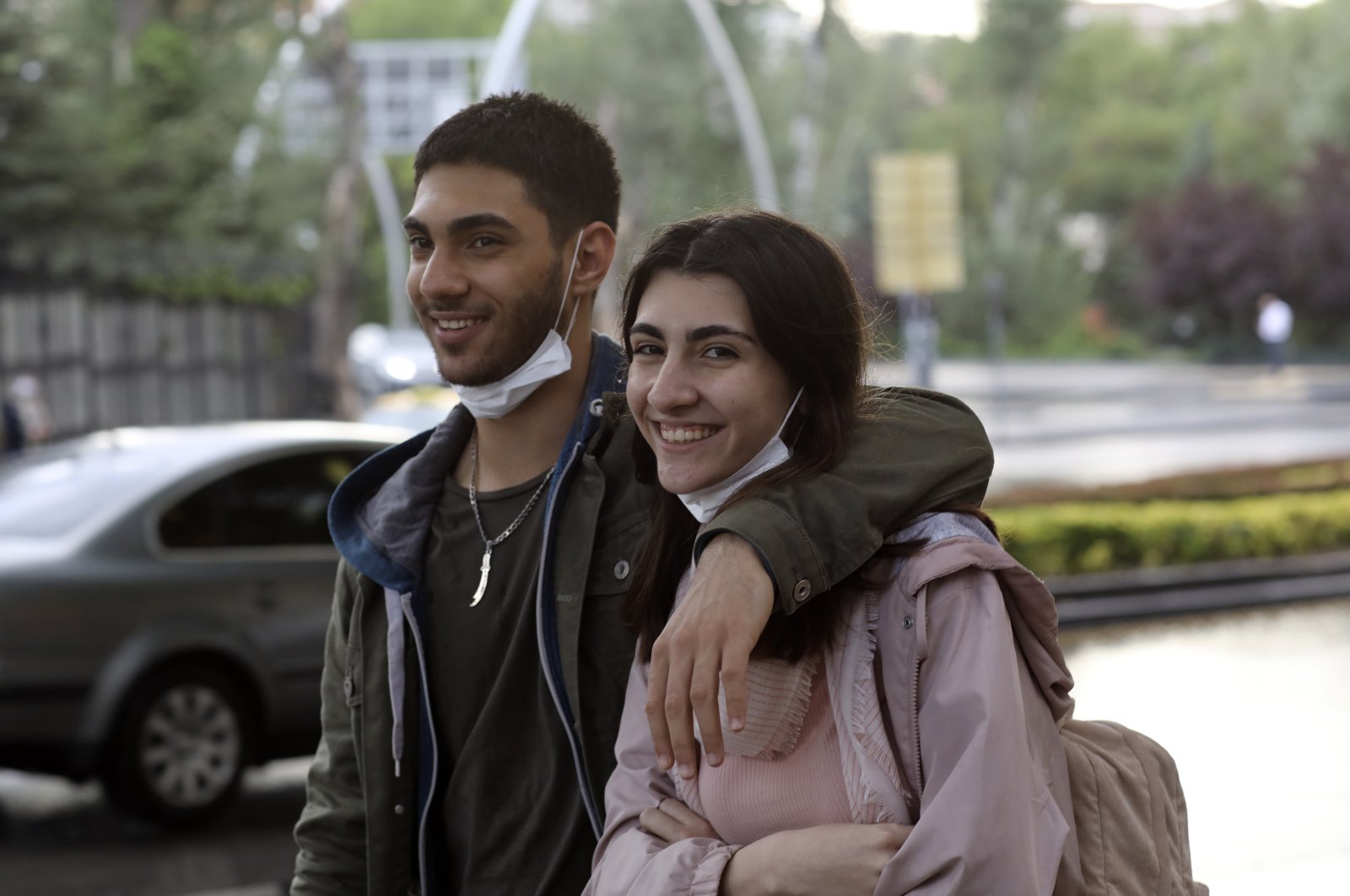 Istanbul, which has long reported the highest number of coronavirus cases, made wearing masks compulsory, along with the capital Ankara, hours after the health minister recommended wearing masks in those cities in line with the surge in cases

Istanbul, the capital Ankara and the northwestern city of Bursa joined 45 provinces in Turkey that have made wearing face masks in public mandatory as the Health Ministry warned of a steady rise in COVID-19 cases in those cities.

Soon after Health Minister Fahrettin Koca announced Wednesday evening that his ministry’s Coronavirus Science Board recommended the measure, the governors of the three cities, which have a combined population of more than 23 million people, made masks obligatory for everyone going out. Those not complying will be subject to fines.

Wearing masks is already obligatory in a large number of enclosed spaces, from supermarkets to restaurants, but authorities have been more lax in enforcing mask-wearing outdoors. Police often stop and warn people not wearing masks to do so while Koca and other authorities repeatedly called on the public to don masks, avoid getting too close to each other and be careful about personal hygiene in a bid to curb the pandemic.

Some 1,467 people have tested positive for COVID-19 in the past 24 hours in Turkey, bringing the total caseload to over 181,000, Koca said Wednesday.

"No surprises here, we are well within the expected range (of infection rate). But not crossing this (range) is up to you," Koca told a news conference following a virtual meeting of the country's Coronavirus Science Board.

Turkey currently ranks 47th worldwide in its death rate with 57 fatalities per million, Koca said as the death toll hit 4,842 with 17 new fatalities.

Around 92% of the deceased in Turkey were within risk groups more susceptible to the coronavirus, he added.

Koca has stressed that as Turkey relaxes virus-related restrictions, the public must continue following measures like wearing face masks and maintaining social distance to ensure the infection rate does not spike.

Turkey is seeing an upward trend in the daily number of infections after cafes, restaurants, gyms, parks, beaches and museums were allowed to reopen, inter-city travel restrictions were lifted and stay-at-home orders for the elderly and young were eased at the beginning of June. Experts have attributed the rise in the number of infections to large gatherings such as weddings, funeral ceremonies and parties to send off new conscripts starting their military service. Turkish media have been filled with reports of people ignoring social distancing precautions at such gatherings.

The country had enforced piecemeal measures to curb the virus’ spread, from curfews to the closure of several venues like restaurants and cinemas, instead of total lockdowns. An army of contact-tracers, ample testing and isolation had helped the country reduce infection rates.

The daily number of infections has climbed to around 1,500 in the past five days after hovering around 800-900 the week before.

The total number of recoveries from the disease has reached 154,640, while 745 patients remain in intensive care units, Koca said.

Turkey had initially shied away from sharing the coronavirus figures specific to each city, but now it reveals more data every day and has released an app showing the density of cases in every city, town and neighborhood. According to the latest figures, Gümüşhane, a northern city with a population of more than 162,000 people, has the highest fatality rate compared to the number of cases, at 12.4%, while Kilis, a southern city near the Syrian border, has the lowest fatalities compared with the number of cases at 0.33%.

Koca said that the initial results of ongoing large-scale testing for coronavirus antibodies indicate that there is no herd immunity in the country.

Turkey began testing more than 150,000 people in 81 provinces this week to see how far the virus has spread. With around half of the sample population tested, the survey shows that less than 1.5% of the population has been infected by the virus, the minister said.

“Some 60%-65% of the public should have gained immunity to speak about herd immunity. I believe it will be only possible if we see another pandemic (much more severe) than the current one,” Koca said. He said testing also showed the rate of people who may serve as “carriers” of the virus. “It is safe to say that carriers are not prevalent. It also shows us that there is no need for massive testing against coronavirus,” the minister added.

Earlier this month, Turkey lifted weekend curfews in big cities, offering relief for millions confined to their homes as the temperatures increased. The health minister said at Wednesday’s press conference that weekend curfews were not on their agenda for now. However, on Thursday, he said a partial curfew will be in place over the weekend on the occasion of high school and university entrance exams. He said the curfew will be imposed to prevent crowding in cities at the time of exams and “to give the day to the youth.”

Some 4 million students will sit in the high school placement exams on June 20 and a two-stage university entrance exam on June 27-28. Schools, where students will sit for exams, took strict measures against infections, placing desks apart and disinfecting exam venues. Students are also required to wear masks while entering the venues but can take off their masks during the exam.

After lifting weekend curfews, Turkey also removed a curfew for people in the high-risk groups, namely senior citizens and people with chronic illnesses. However, they are banned from leaving home still, after 8 p.m. Children, on the other hand, who were subject to a similar curfew, are allowed to go out only in the company of their parents.

The health minister said the average age of patients recently rose to 70, especially after the lifting of an around-the-clock curfew for citizens 65 and older, and urged them to go out less and comply with rules when they go out.