Memories, danger fresh on anniversary of deadly 1999 earthquake in Turkey 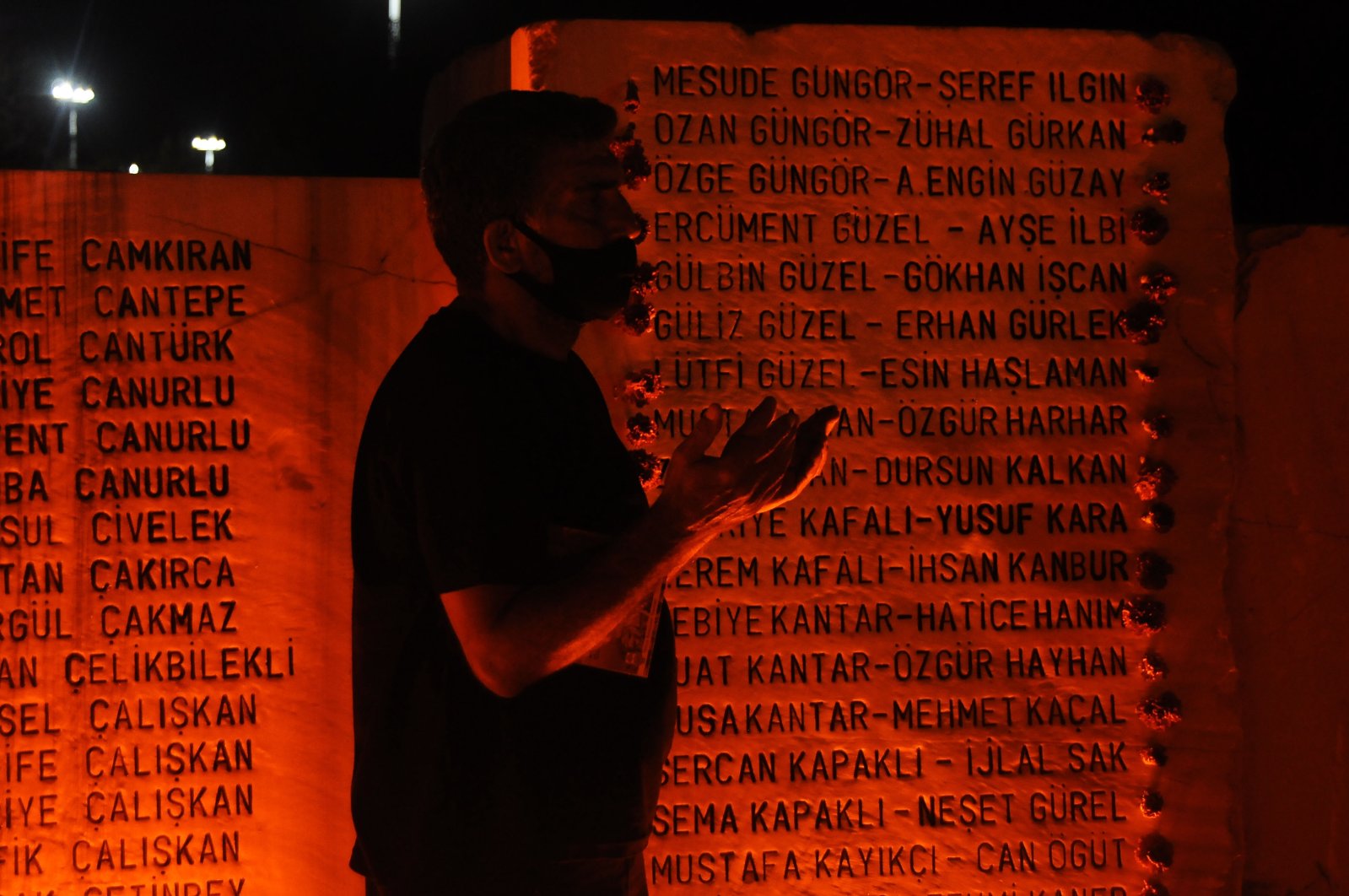 On its 21st anniversary, a 7.4 magnitude earthquake that killed thousands in northwestern Turkey remains a grim reminder of the ongoing risk of tragedy in the earthquake-prone country

The Izmit earthquake, which devastated towns in the Marmara region of northwestern Turkey, laid bare how unprepared the country was for such a disaster. Twenty-one years later, the 7.4 magnitude earthquake is still a recent memory for survivors, though recovery is more or less complete. Apart from honoring the victims, Aug. 17 serves as a date for the country to remember the persisting threat of earthquakes due to the active fault lines crisscrossing Turkey.

It took only 45 seconds on a hot summer night in 1999 for hundreds of buildings to be razed to the ground, while it took days to recover victims, dead or alive, from the debris. It would take much longer than that to rebuild and raise awareness that it is not an earthquake that kills but unsafe buildings unable to endure the slightest tremor.

Commemoration ceremonies were held at 3:02 a.m., the minute the earthquake struck, in the places most affected by the earthquake, from the epicenter of Gölcük, a town in Kocaeli province, to Avcılar in Istanbul and Yalova, a city south of Istanbul. People observed a minute of silence, recited prayers and laid wreaths at monuments erected in memory of victims.

“It was like doomsday,” said Hülya Döleker, a 59-year-old woman who lost her daughter and son in the earthquake and was among those attending the ceremony in Gölcük. “I was rescued six hours later myself. My children would be in their 30s if they lived,” she told Anadolu Agency (AA).

The aftermath of the earthquake was chaos for the country despite the unprecedented endeavor by search and rescue crews. Some injured survivors went missing, while hospitals struggled to identify the victims. Döleker said she found the body of her son buried in Sivas, a central province, about 10 days later. “May Allah not give us such a pain again,” Döleker said.

Ilker Özkap, 45, who was rescued alive, found his mother’s body buried under debris 40 days later. “There were many shortcomings then. The response was late and debris was removed late,” said Özkap, a cameraman living in Istanbul who was on vacation in his hometown when the earthquake struck.

The earthquake claimed 17,000 lives and left vast wreckage behind in Istanbul, Kocaeli, Sakarya and Yalova provinces. Around 45,000 others were injured in the earthquake, which left about 200,000 people homeless. More than 76,000 buildings were razed to the ground, while thousands of others were heavily damaged.

The effects of the earthquake, described as the "disaster of the century," were dissipated through various efforts in the 21 years since the tragedy.

Several government ministries, the Housing Development Administration of Turkey (TOKI) and other institutions carried out urban transformation projects in the affected areas. Thousands of new houses were built by TOKI, municipalities and the private sector in line with earthquake-resistant regulations. Lightly damaged buildings, especially schools and hospitals, were strengthened against earthquakes. Many provinces which bore the brunt of the earthquake have now become industrial hubs thanks to policy shifts in the right direction. Kocaeli, which plays an important role in the Turkish manufacturing industry, has greatly increased its exports in the years since the earthquake. Sakarya, which experienced great loss in the natural disaster, has achieved notable success in both urban transformation and industry. Its economy has grown 33-fold since the earthquake.

The 1999 earthquake was one of the deadliest for Turkey, but tremors of lesser magnitudes continue claiming lives. Indeed, a 5.2 magnitude earthquake that did little damage was enough to send people into the streets in panic in eastern Malatya province earlier this month. The province, along with neighboring Elazığ, was shaken by a 6.8 magnitude earthquake in January that killed 41 people in two provinces.

The country is among the world's most seismically active zones as it is situated on several active fault lines, with the most potentially devastating one being the Northern Anatolia Fault (NAF), the meeting point of the Anatolian and Eurasian tectonic plates.

Experts repeatedly warn a “big one” will eventually hit Istanbul, the country’s most populated city, and call for more safety measures. Other regions of the country are not spared from the danger, as the earthquakes in Malatya and Elazığ demonstrated.

Professor Haluk Özener, head of Istanbul’s Kandilli Observatory and Earthquake Research Institute, said earthquakes are inevitable but measures should be taken to minimize the casualties. Speaking at a news conference on the anniversary of the 1999 earthquake, Özener said Turkey came a long way in tracking earthquakes.

“We had 30 monitoring stations in 1999 and now we have 456. Earthquake analysis used to take 30 minutes then, and it is now 30 seconds,” he said. Earthquake activity is continuing, though on a smaller scale, the research shows.

“In one year, we saw 1,306 earthquakes in the Sea of Marmara,” he said, referring to the sea littoral to Istanbul. “Certainly, it is not only this region at risk. We have a fault line continuing for 1,500 kilometers (932 miles) to the west, starting from Karlıova (a town in eastern Turkey’s Bingöl province),” Özener said, referring to the NAF

He pointed out segments of the fault line that have not generated earthquakes for decades but are “amassing energy,” or potential to create tremors. “In January’s earthquake (in Elazığ and Malatya), a piece broke on the Eastern Anatolia Fault Line, but there are more pieces that can break,” he warned.