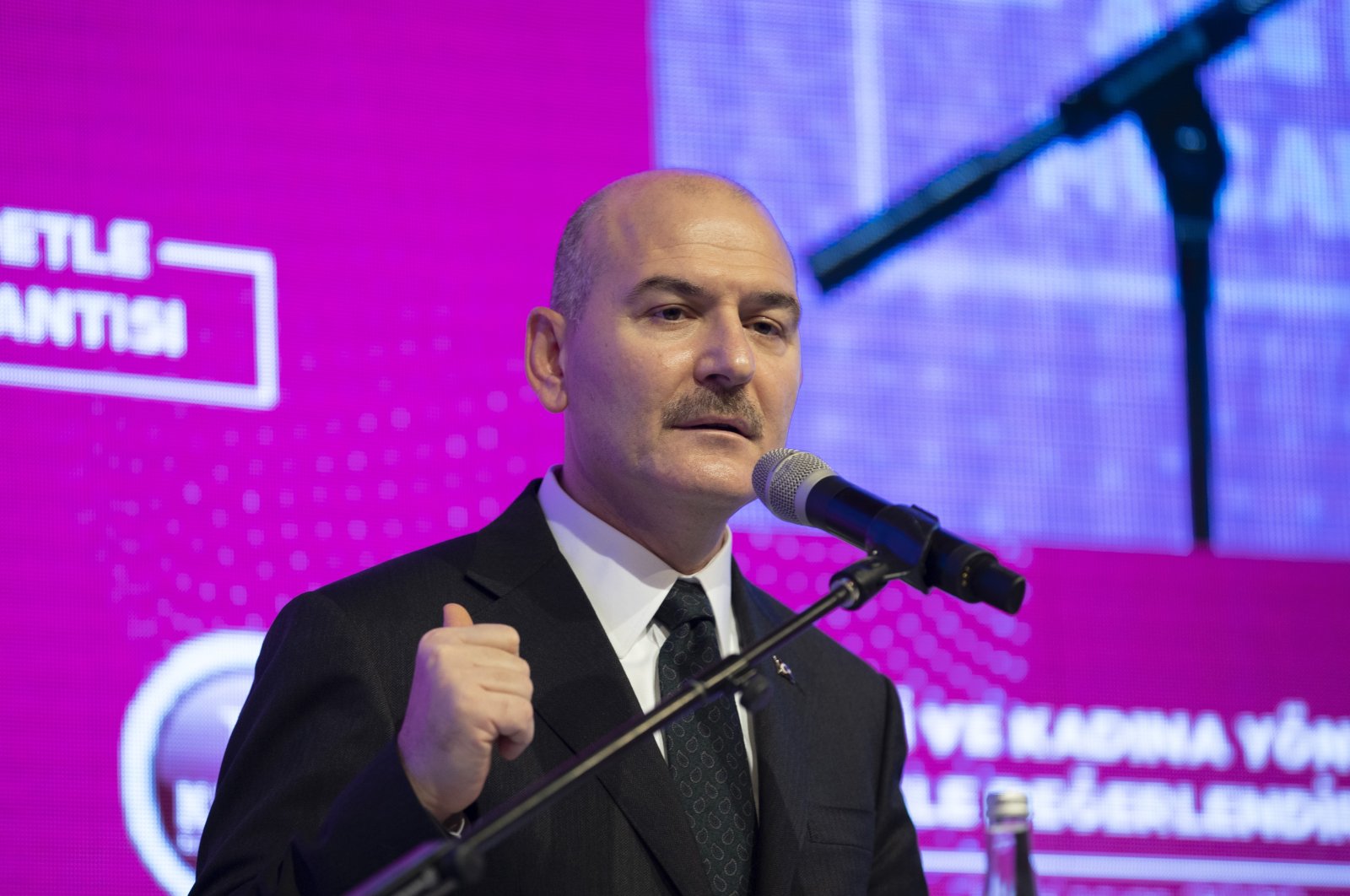 Interior Minister Süleyman Soylu said Monday that 234 women were killed between January and Nov. 20 in cases of domestic violence and scolded men’s mindset.

“I address the men. Come to your senses. You can be more physically powerful than women, but this is a shame for all of you. I don’t know what you are trying to prove,” the minister said at a conference for police in the capital Ankara to address the fight against domestic violence and violence toward women.

Domestic violence is a thorny issue for Turkey where dozens of women are killed every year at the hands of their spouses or relatives, either for “staining” the culprit’s so-called “honor” by divorce or cheating or for trivial domestic matters. A warped patriarchal mindset among men is one of the main factors leading to the murders and violence, according to activists.

Soylu said they continue to take new measures to resolve the problem, with changes in regulations and fieldwork and expanded the scope and staff of local law enforcement officers specialized in domestic violence and violence toward women. He stated that 3,000 female police officers were recruited solely for better communication with victims of violence and a new app called KADES was introduced. The app, short for The Women Emergency Assistance Notification System in Turkish, works as a panic button for victims of domestic violence, alerting law enforcement staff. Soylu said more than 620,000 people have downloaded the app so far, and it has received 48,686 calls. “The response to calls is five minutes at most,” the minister said. “KADES helped us intervene to some 24,000 cases of domestic violence and prevented a number of potential losses of lives,” he highlighted.