A Christmas overshadowed by COVID-19 in Turkey 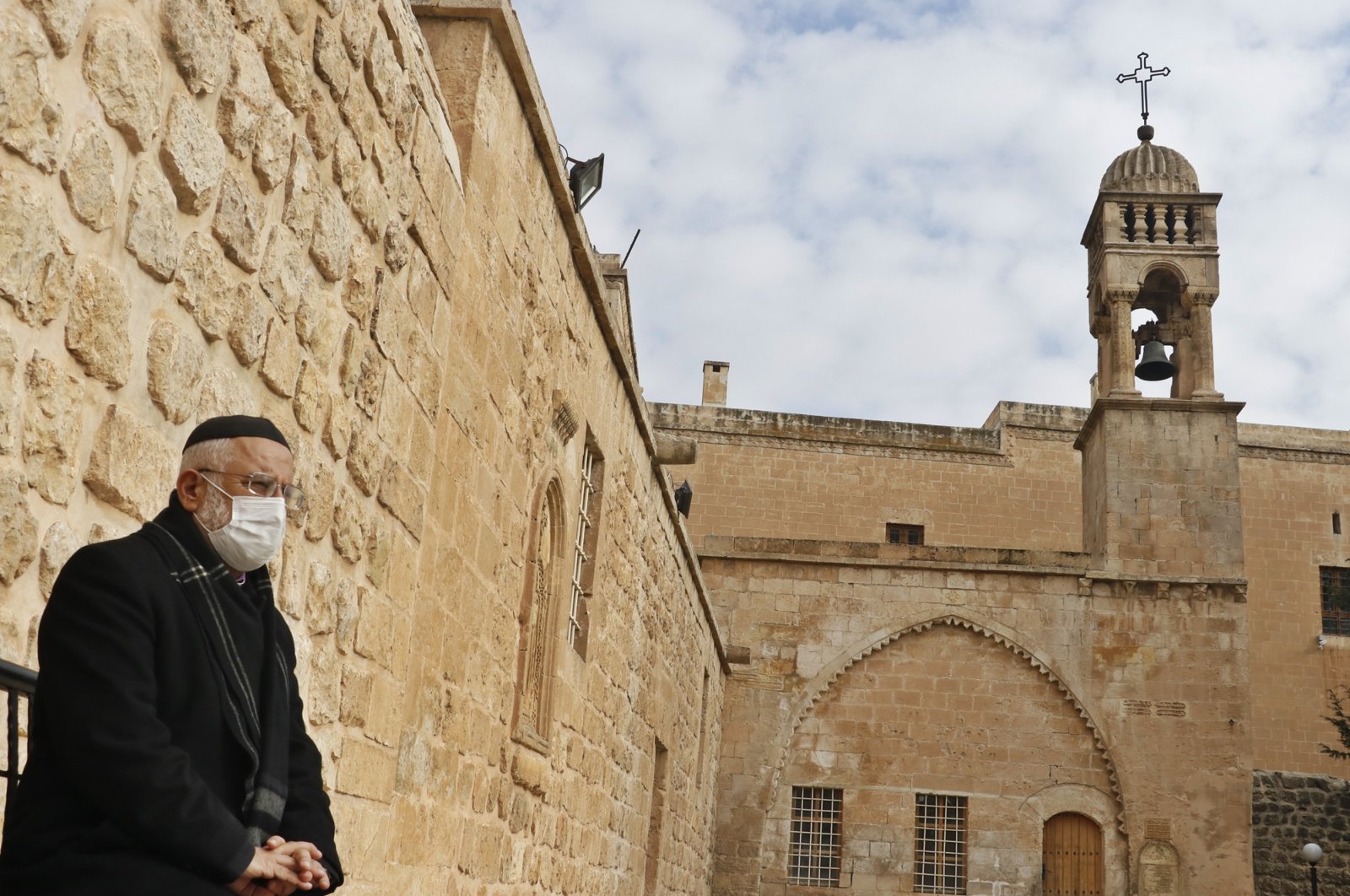 Priest Gabriel Akyüz stands next to Kırklar Church where a Christmas service will be held with only 50 people, in Mardin, southeastern Turkey, Dec. 23, 2020. (DHA PHOTO)
by DAILY SABAH Dec 24, 2020 12:06 pm
RECOMMENDED

Turkey's Christian communities will celebrate a muted Christmas on Friday this year as pandemic restrictions prohibit mass celebrations. Churches are open, but attendance has been limited to prevent crowding, which is seen as the greatest source of infection transmission.

The country, the birthplace of St. Nicholas, the inspiration behind Santa Claus, is home to Catholic, Protestant and Orthodox communities. Following the COVID-19 outbreak in the country in March, churches were forced to close their doors but reopened during the summer in the normalization period. A subsequent surge in COVID-19 cases in the autumn meant that restrictions had to be reintroduced. The number of visitors will be limited to a small congregation. Ruben Tierrablanca Gonzalez, Apostolic Vicar of Istanbul and spiritual leader of the Catholic community, was among the victims of the outbreak. Gonzalez passed away on Tuesday after a battle with the virus at a hospital in Istanbul.

In the western province of Izmir, Meryem Ana Evi (Virgin Mary House), a popular spot to mark Christmas, announced only thirty people would be allowed for Christmas service this year. The house in Selçuk district, is a pilgrimage site as it is where Virgin Mary is believed to spend her last days and her Assumption or death, according to the Catholic faithful. A Christmas Eve service was cancelled due to pandemic measures. Priests and attendants will require wear masks at the religious service which will be held outside the ancient abode to prevent crowding and for social distancing. Rene Custermans, a visitor from the United States, said she was looking forward to attending the service and was sorry for not being admitted, she told Anadolu Agency (AA) on Thursday.

The Syriac community in the southeastern province of Mardin is also being forced to scale back its religious services. “We will pray for an end to the coronavirus and for people to go back to their lives and regain their health,” said Rev. Gabriyel Akyüz of the province's Kırklar Church. Akyüz said only 50 people would be allowed to attend the church services and would be required to socially distance. “Last year, we had about 400 people and the number was the same more or less in the past, but coronavirus made us decrease the number. The outbreak killed many and landed many more in intensive care. We have to protect ourselves,” he told Demirören News Agency (DHA) on Wednesday.

President Recep Tayyip Erdoğan issued a message on Thursday to mark the occasion. “I wholeheartedly congratulate our Christian citizens on the occasion of Christmas. The country we live in has, for thousands of years, been the land of peace, serenity and trustworthy people, and home to an ancient civilization, based on love and respect regardless of religion, language, race or sect. We, as members of this unique ancient civilization, consider the different cultures in our region to be an unrivaled richness and rare pieces of our mosaic of civilization. Just as we lived together and united, and developed our lands within the states we founded throughout history, we will, today and in the future, see our differences as a richness and persevere in building our future in a more prosperous way and on the basis of mutual respect," he said.

"I wish that Christmas, celebrated by our Christian citizens of various sects, traditions and churches of Christianity in line with their beliefs, may lead to the strengthening of the climate of solidarity in Turkey. With these feelings and thoughts, I once again congratulate all our Christian citizens and the entire Christian world on Christmas and wish them peace, happiness and well-being," Erdoğan added.