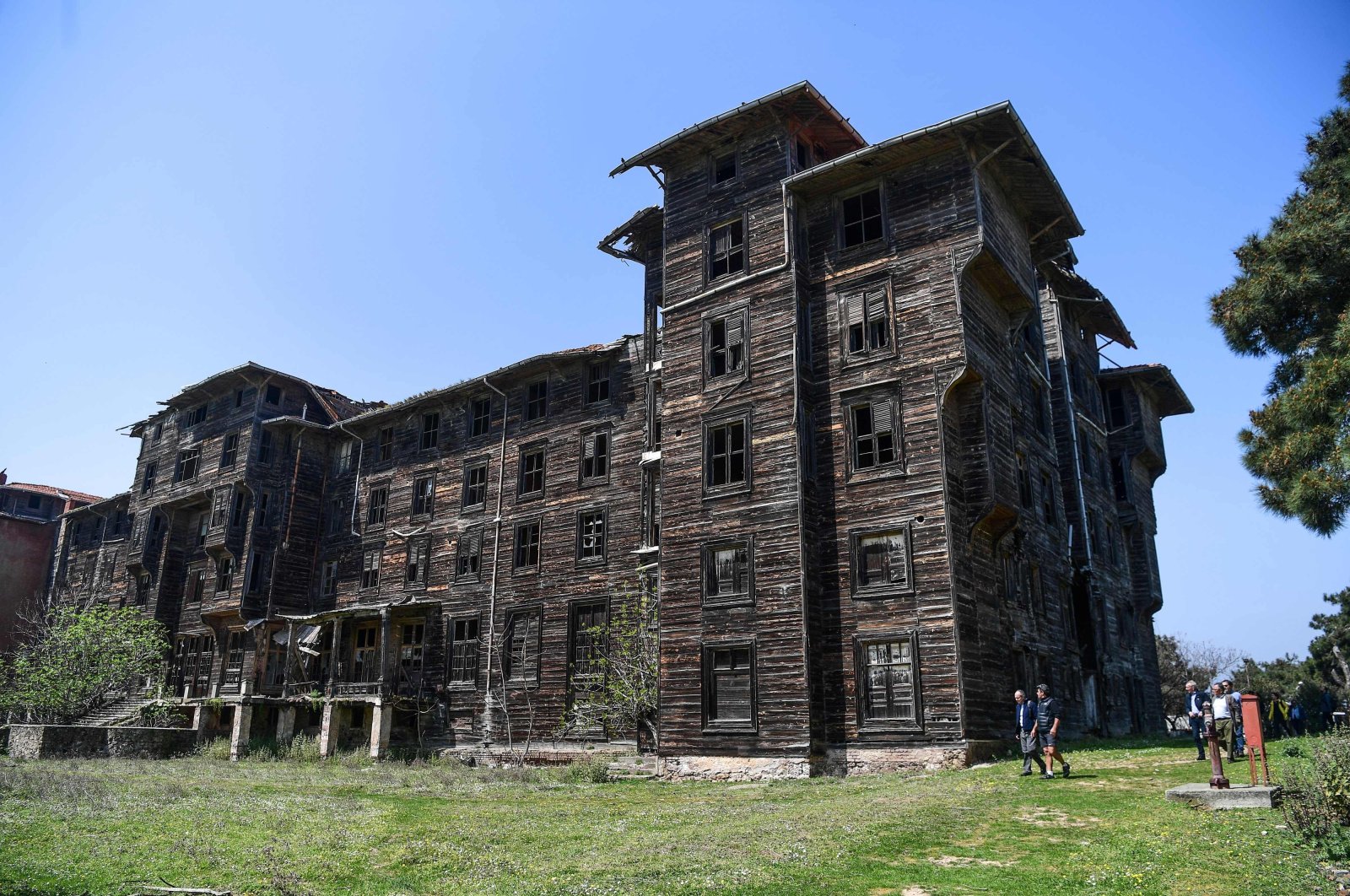 Described as Europe’s largest wooden building, the Büyükada Greek Orphanage, situated on an island in Istanbul, will be saved from collapse with a planned restoration.

The Fener Greek Orthodox Patriarchate is set to launch reconstruction, 55 years after it was abandoned to its fate, the Independent's Turkish website reported Thursday.

Located on Istanbul's Büyükada, the largest of the Princes’ Island, the building also known as The Prinkipo Greek Orphanage is among the seven most endangered cultural heritage sites identified by the organization Europe Nostra. The group declared that the 19th-century structure was at immediate risk of collapse due to negligence and exposure to adverse weather conditions. Already damaged by a fire in 1980, sections of the 20,000-square-meter (215,278-square-feet) wooden building's roof and corner posts have fallen and are in need of reconstruction, the organization has warned.

The orphanage was originally built to be a casino and hotel by Compagnie des Wagons-Lits, the travel firm that operated the fabled Orient Express luxury train. Designed by Alexandre Vallaury, the Franco-Ottoman architect behind Istanbul's Pera Palace hotel, the building was completed in 1898. Yet, the sultan rejected to give it a casino license and ultimately, the building was purchased by a wealthy Greek family upon the request of the patriarchate and opened it as an orphanage for Greek children in 1903. It was confiscated by the government during World War I and used as an accommodation for cadets and German troops. It resumed serving as an orphanage after the war but it was ordered to be evacuated in 1964, at a time of heightened ethnic tensions between Turks and Greeks. It was completely closed in 1977. The patriarchate won a lengthy legal battle in 2010 for the return of the property.

Laki Vingas, who is coordinating operations, told the Independent Turkish that the huge costs of restoration delayed the project. He said rehabilitation alone will not “save” the building as some parts may need reconstruction.