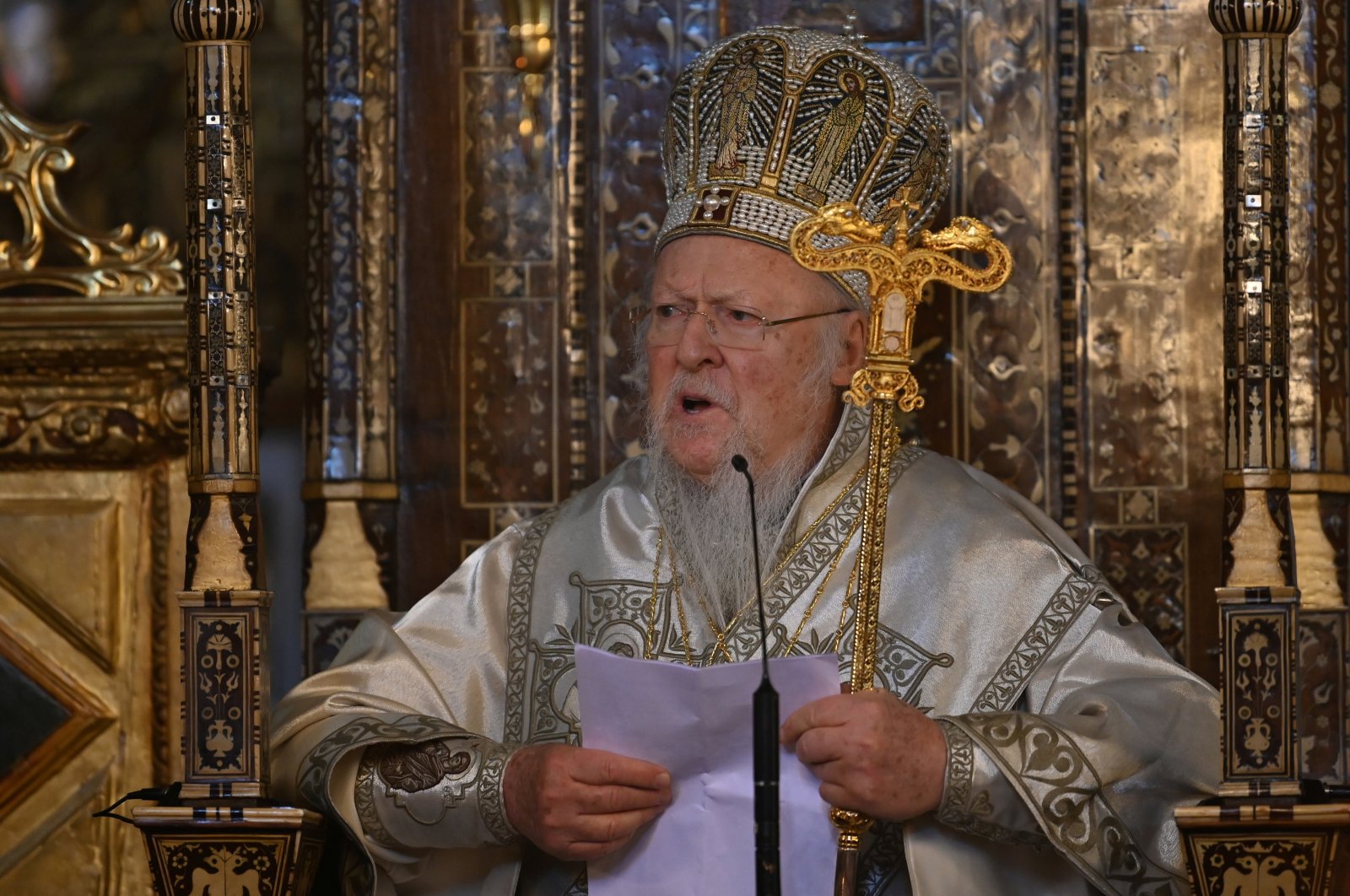 Ecumenical Patriarch Bartholomew I leads the Orthodox Easter service, taking place behind closed doors as part of measures to contain the spread of the coronavirus, at the Patriarchal Cathedral of St. George in Istanbul, Turkey, April 19, 2020. (Reuters Photo)
by Daily Sabah with AA Apr 20, 2020 11:55 am

According to the statement released by the patriarchate, Trump asked Bartholomew to convey his and the U.S. administration’s good wishes.

During the phone call, Bartholomew expressed his gratitude to Trump for his support to the American Greek Orthodox Church and society, led by Archbishop of America Elpidoforos, who is functioning under the authority of the Fener Greek Patriarchate.

The two also discussed postponing Bartholomew’s planned visit in May to the next year.

More than 260 million Orthodox Christians around the world celebrated Easter Sunday. While churches in most countries were closed or held very limited services, some churches in Belarus, Bulgaria and Georgia sidestepped virus fears to keep their doors open.