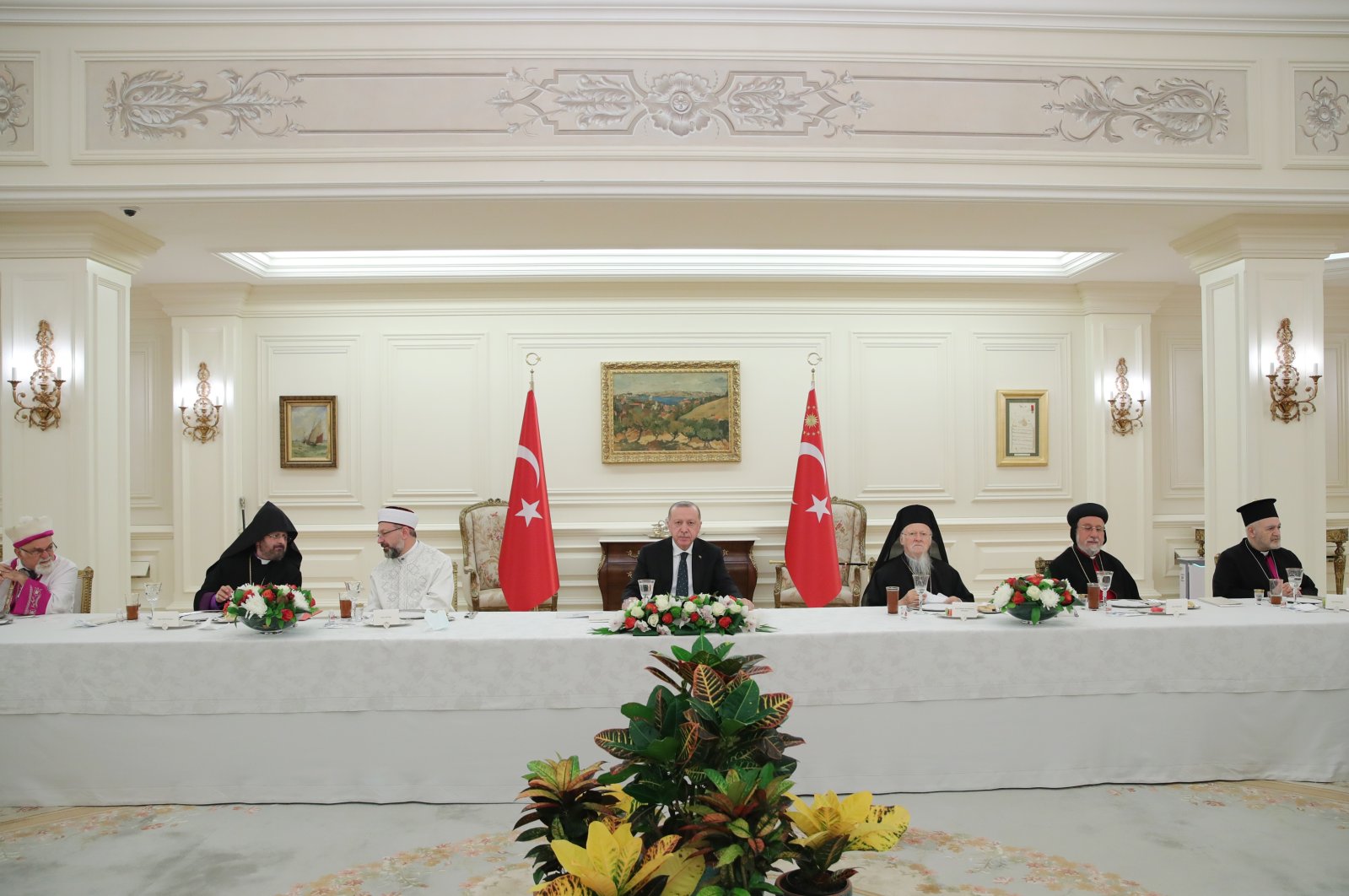 President Recep Tayyip Erdoğan (C) attends an iftar dinner with representatives of Turkey's minority communities at the Presidential Complex in Ankara, Turkey, May 5, 2021. (AA Photo)
by Anadolu Agency May 06, 2021 9:25 am