Mosques to reopen for communal prayers under strict measures 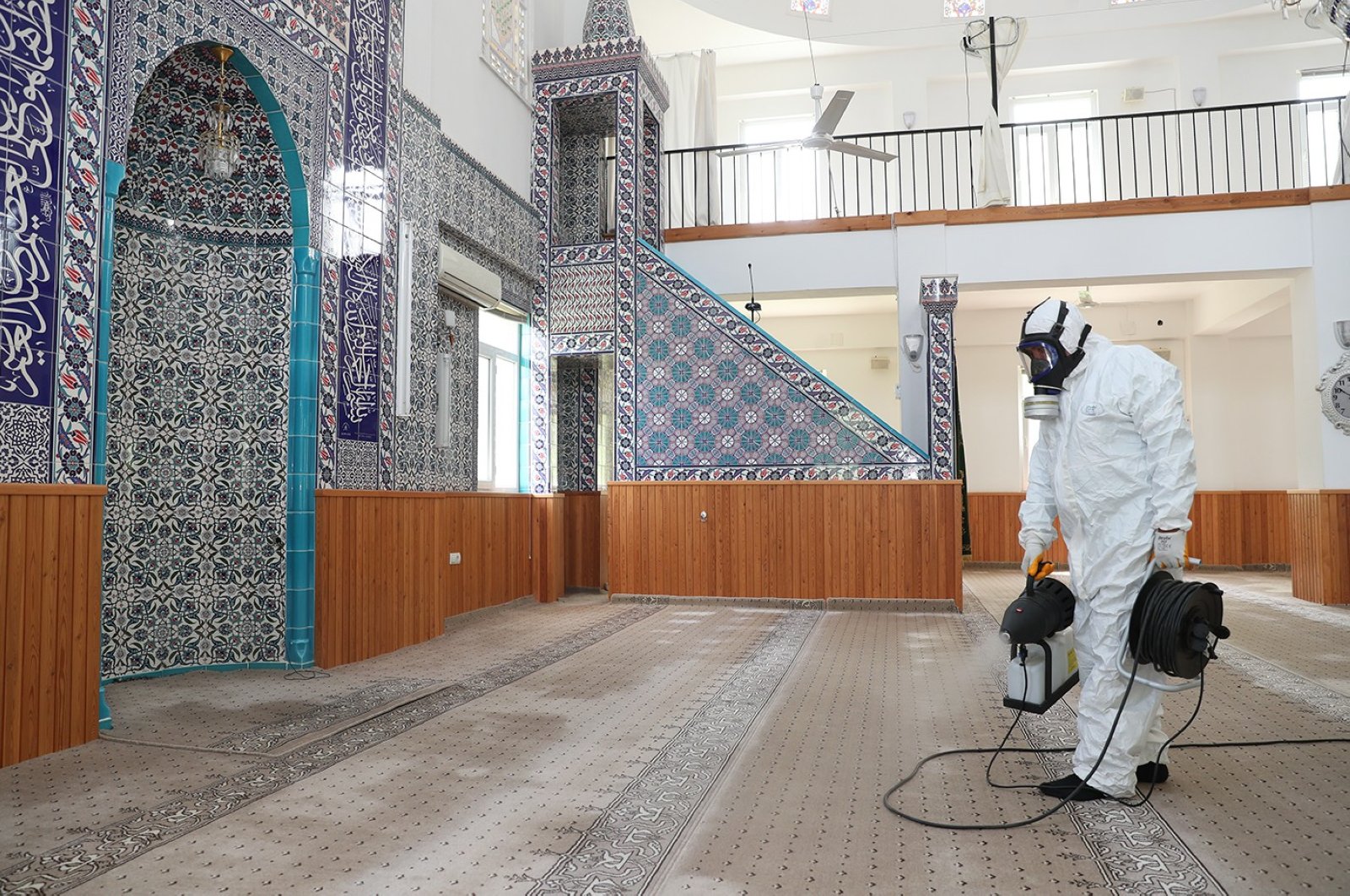 The Interior Ministry on Friday issued new guidelines for the reopening of mosques in Turkey, set for May 29. Mosques, which were closed on March 16 for communal prayers, will be open for collective prayers only for noon, afternoon and Friday prayers. A ban for morning, evening and night prayers is still in place. Mosques are also open for the faithful praying alone.

The ministry said Friday prayers, among the most crowded collective prayers, will be performed outside mosques. Most of the congregation usually had to pray outside before the pandemic as mosques were always brimmed with the faithful for the once-in-a-week prayer mandatory for able-bodied Muslim men to be performed in the mosque. Friday prayers will only be available in mosques with large courtyards and outside space and these will be picked by local authorities in each province. Local muftiates will also be able to determine places where Friday prayers can be performed on their own. This means that prayers can be performed in open spaces if there is not a mosque appropriate to host the large congregations. Traditional Friday sermons that precede prayers will not be delivered. The Interior Ministry also ordered Friday prayers to be “performed as fast as possible.”

According to the ministry’s statement, everyone attending the prayers have to wear face masks. A ban will be in place for materials inside mosques that can serve as a breeding ground for infections. Those include prayer beads, rahle or small reading desks for reciting the Quran and shoehorns. Air conditioners will also not be turned on and instead, natural air circulation will be maintained inside the mosques. Fountains, lavatories and similar places where the faithful take ablution prior to prayers will remain closed.

The faithful are also urged to bring their own prayer mats and local religious authorities are instructed to provide single-use mats.

Authorities also ask the faithful to skip the sunnah chapter of prayers, which is not obligatory and instead, perform them at home, in a bid to reduce time spent inside the mosque, to avoid infection risk. Local authorities are also instructed to put social distancing marks inside the mosques.

Tombs of revered Muslim mystics will remain closed for visits and barriers will be placed outside to prevent visitors from touching the walls. Tombs, such as the one belonging to Eyüp Sultan, a revered Islamic figure, in Istanbul, often see visitors touching the walls with the hope of being blessed.