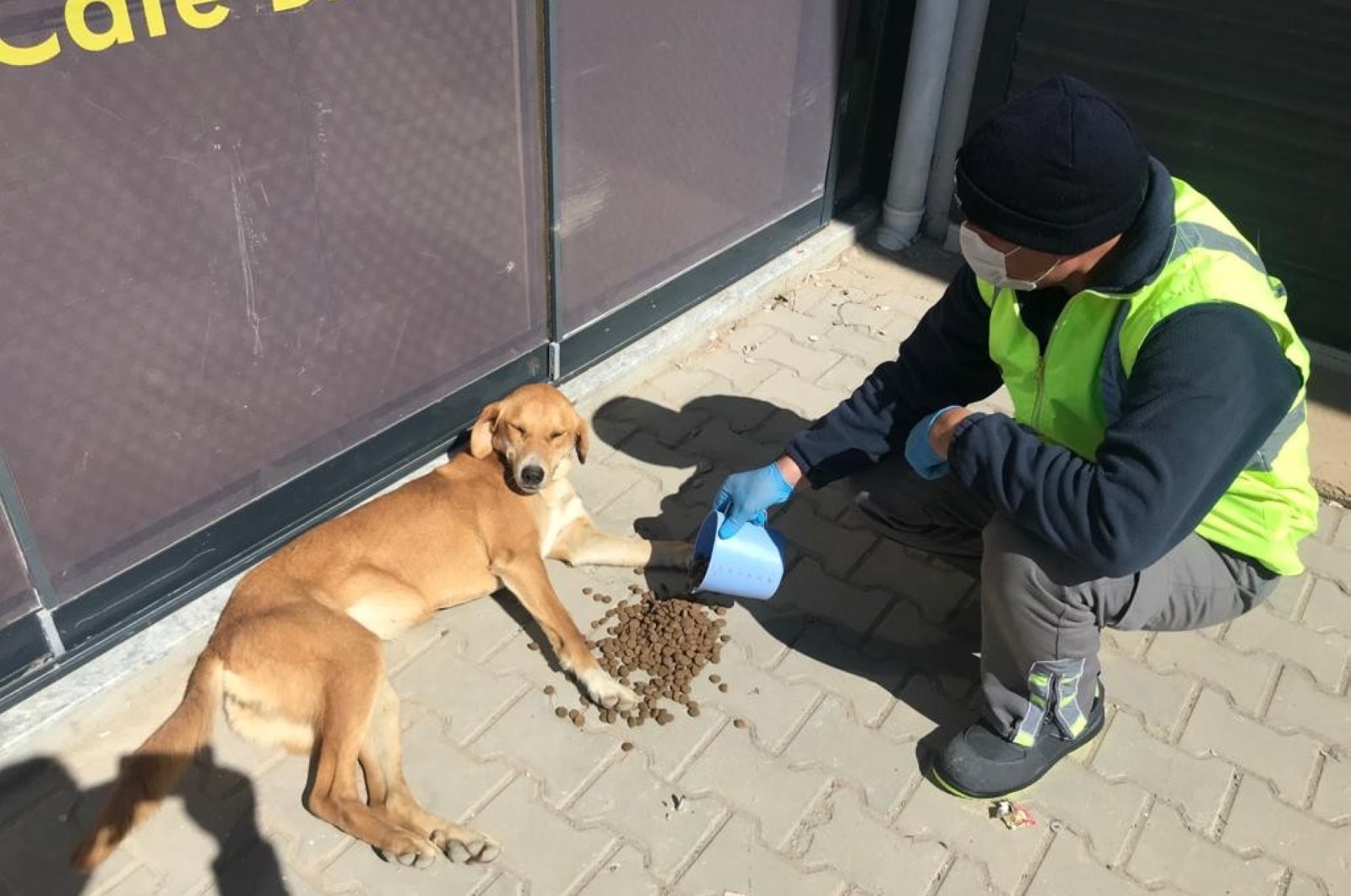 Municipalities and concerned citizens across Turkey are making concerted efforts to provide food and water for the country's street animals to keep them from going hungry given the large absence of activity on the streets.

With the coronavirus continuing to spread all over the world, the epidemic has had an impact not just on people but also on the lives of street animals. All restaurants, cafes and other social gathering places have been closed in a bid to halt the spread of the coronavirus. As a result, however, a lot of street animals have had difficulty finding food and water as citizens were told to stay at home.

Beşiktaş Mayor Rıza Akpolat also participated in the team's work and distributed food for street animals in Azerbaijan Friendship Park, saying: “In these difficult times, we can not forget our friends who live on the streets. With businesses closed due to coronavirus, these critters have a hard time finding something to eat. With this in mind, we have to pay attention to both their health and nutrition. All creatures living in Beşiktaş are our responsibility. Therefore, we are giving out food for both cats and dogs alike."

According to Akpolat, an Emergency Animal Ambulance has also been put into service. Studies have also been conducted to provide better and faster service for animals in Beşiktaş.

Similarly, a municipality in the Black Sea province of Kastamonu has also lept to the aid of its stray inhabitants. Mayor Engin Altıkulaç said his team would be working hard to prevent street animals from starving.

"At the municipality, we have been sprinkling bread at certain points in our district to ensure that our street animals are fed and do not starve,” Altıkulaç said, adding he wished to show “endless thanks to all our citizens who showed sensitivity to our call and who haven't left their homes. Keep a lookout for yourselves. We are doing our best to ensure the survival of street animals.”

Meanwhile, the municipality of the Maramara district of Darıca has made sure to keep its animals in mind, distributing food at certain points as disinfectant activities continue. The mayor of Darıca, Muzaffer Bıyık, said measures had increased throughout the district, with the Animal Health and Welfare team established as part of the Municipality Police Department charged with distributing supplies.

“Even if everyone stays at home, we are not going to forget our furry friends. We will leave water and food at three feeding points at various intervals,” said officials of Darıca.

Turkey's death toll due to COVID-19 rose to 21 Saturday, while the number of confirmed cases has surged since the first case was announced last week, reaching 947.

COVID-19 emerged in Wuhan, China last December and has since spread to at least 160 countries and territories. The World Health Organization (WHO) has declared the outbreak a pandemic.