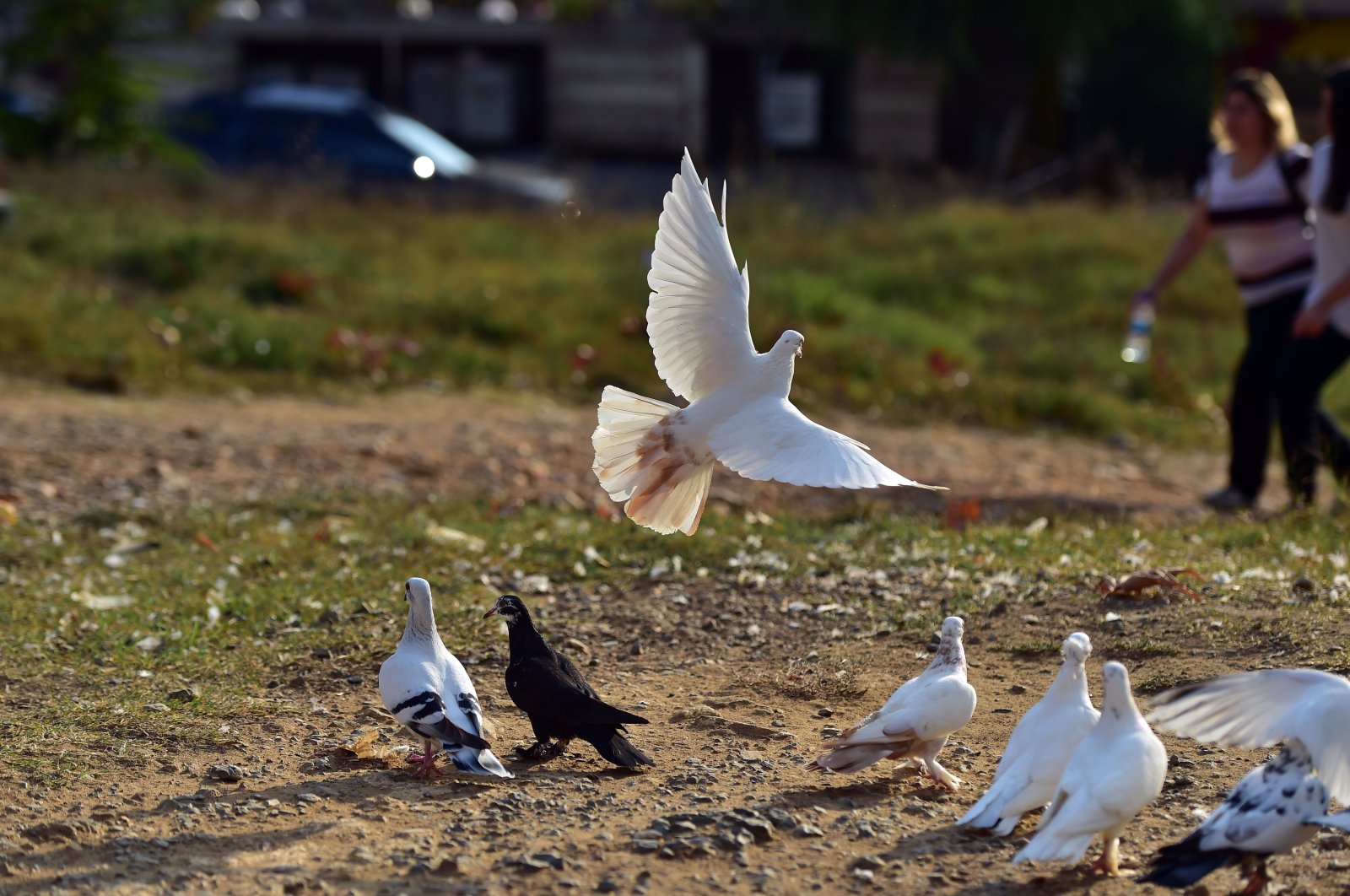 Municipal workers of Ankara’s Altındağ district lend a helping hand to a citizen who was unable to go out and feed his pigeons due to the weekend curfew to stem the coronavirus outbreak.

53-year-old Aziz Demirtepe, who lives in Keçiören district, asked for assistance from the Altındağ Municipality to feed his pigeons as he could not go to work due to the curfew.

Municipal workers immediately responded to his request and went to his workshop in another district. The workers fed 50 pigeons, who went hungry for more than a day, while veterinarians also carried out medical control on the pigeons.

“They would have been hungry for two days. Thanks to municipal workers, they were both fed and had checkups,” Demirtepe said.

Stressing that the municipality mobilized all efforts for stray animals during the two-day curfew, Altındağ Mayor Asım Balcı said foods were left at some designated areas.

“Mr. Aziz told us that his birds are starving. Every life is very important for us. We will continue to be with our friends," Balcı said.