Needy in 35 countries to receive aid from Turkey during Ramadan 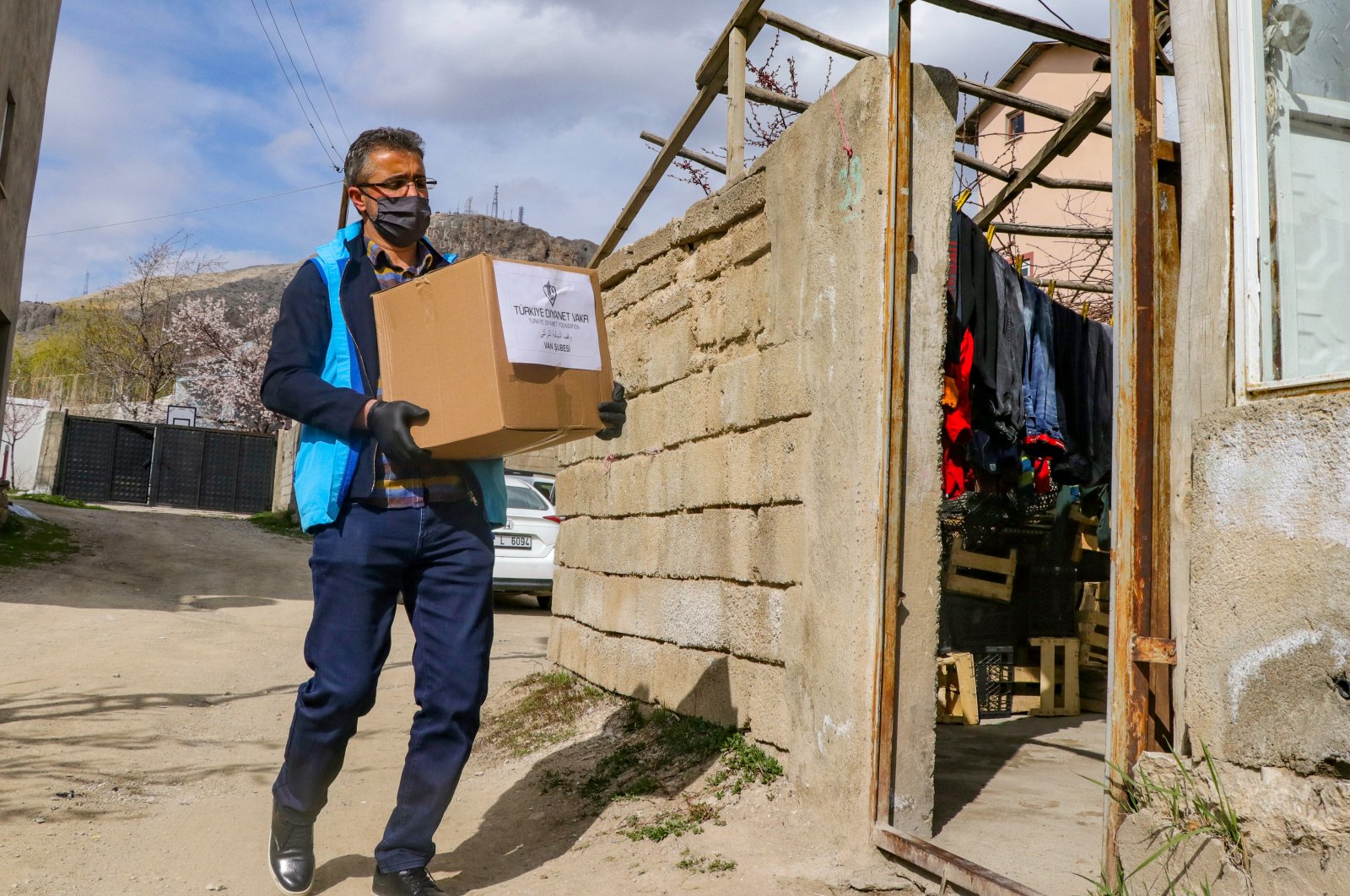 Turkey’s top religious authority on Monday said the country would provide aid to people in need in dozens of countries during Ramadan, the Muslims’ holy fasting month.

In a news conference, head of the Presidency of Religious Affairs (Diyanet) Ali Erbaş spoke on the policies of the presidency during Ramadan as well as performing religious duties amid the coronavirus pandemic, which has claimed tens of thousands of lives across the globe.

Erbaş said the religious body would provide aid to people in need in 35 countries during the holy month, which is to be observed under the virus’ dark shadow.

In 2019, the directorate distributed aid in 98 countries, but this year, due to the pandemic making logistics more difficult, it will provide assistance to 35, he added.

The directorate will distribute 38,450 food packages and 46,000 packages of other aid for fast-breaking iftar dinners, Erbaş said, adding that nearly 11,000 orphans would also be provided with clothes.

Stating that fasting is a spiritual act in which heart and mind become one, he added that it also boosts the immune system and can help fight the virus.

Turkey has so far registered nearly 86,000 coronavirus cases, with a death toll of over 2,000. More than 12,000 people have fully recovered from the disease and 1,920 people are receiving treatment in intensive care units.

The coronavirus has spread to at least 185 countries and regions since emerging in Wuhan, China last December, with the United States and Europe now the hardest-hit areas.

More than 2.4 million cases have been reported worldwide, with the death toll at nearly 166,000 and over 632,000 recoveries, according to data compiled by the U.S.-based Johns Hopkins University.