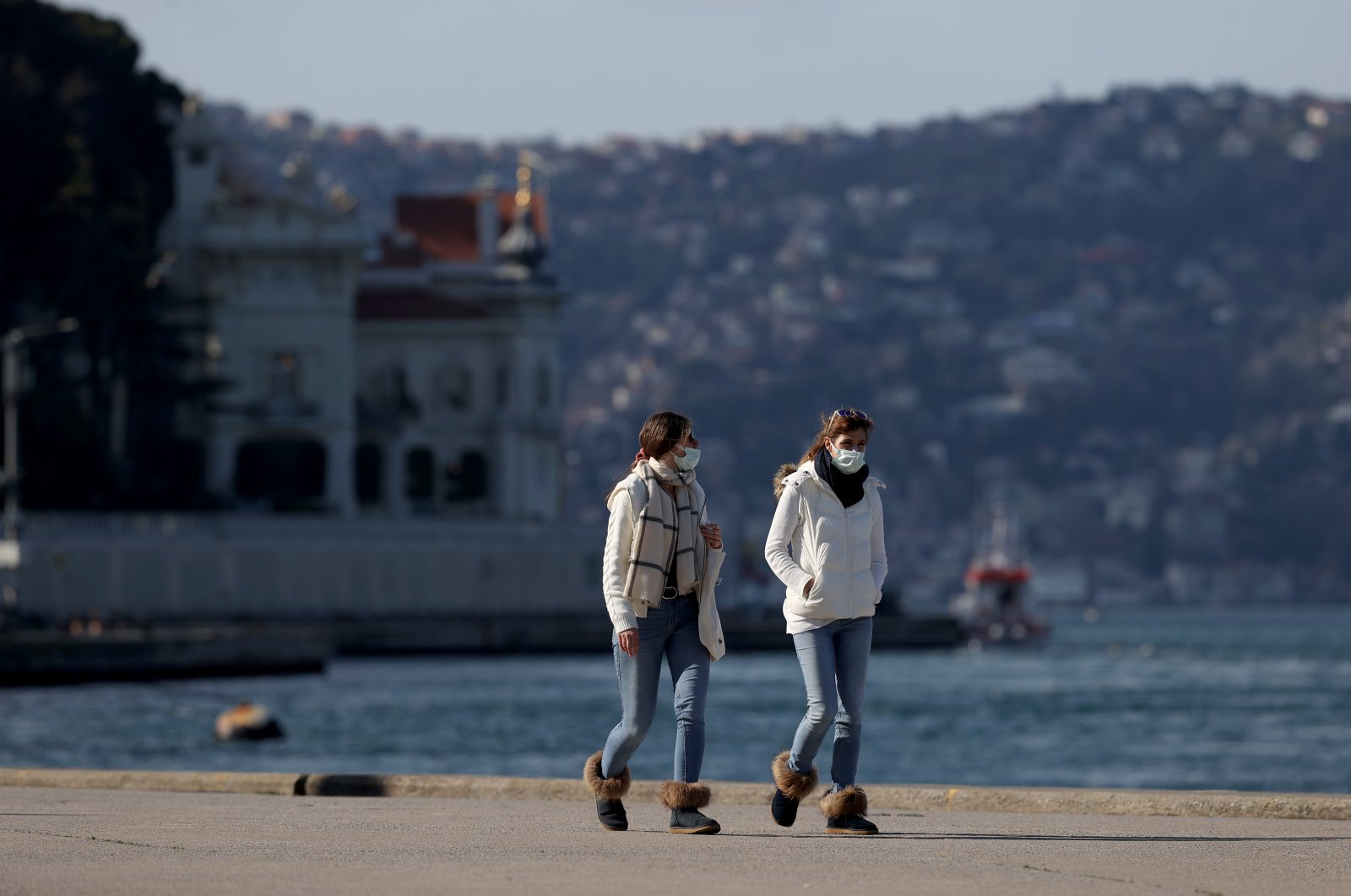 The tally of daily new COVID-19 cases in Turkey fell slightly Saturday after consecutive records amid a worrying trend in the country's battle with the pandemic.

A total of 52,676 cases, including 2,497 symptomatic patients, were confirmed across the country, according to the data released by the Ministry of Health. A decrease from yesterday's nearly 56,000 cases was due to the reduced mobility thanks to weekend curfews in effect in almost all provinces.

Turkey's overall case tally is over 3.79 million, while the nationwide death toll has reached 33,702, with 248 fatalities over the past day.

As many as 32,539 more patients in the country won the battle against the virus, bringing the total number of recoveries to over 3.3 million.

More than 41.2 million coronavirus tests have been done in Turkey to date, with 302,735 done since Friday.

The latest figures show that the number of COVID-19 patients in critical condition has risen to 2,739.

Since its vaccination campaign began on Jan. 14, Turkey has administered over 18.4 million coronavirus vaccine jabs nationwide, according to official figures.

Over 10.8 million people to date have received their first doses of the vaccine against coronavirus, while second vaccine doses have been given to nearly 7.58 million so far.

Nearly 134.7 million cases have been reported worldwide, with recoveries at more than 76.5 million, according to figures compiled by the U.S.' Johns Hopkins University.