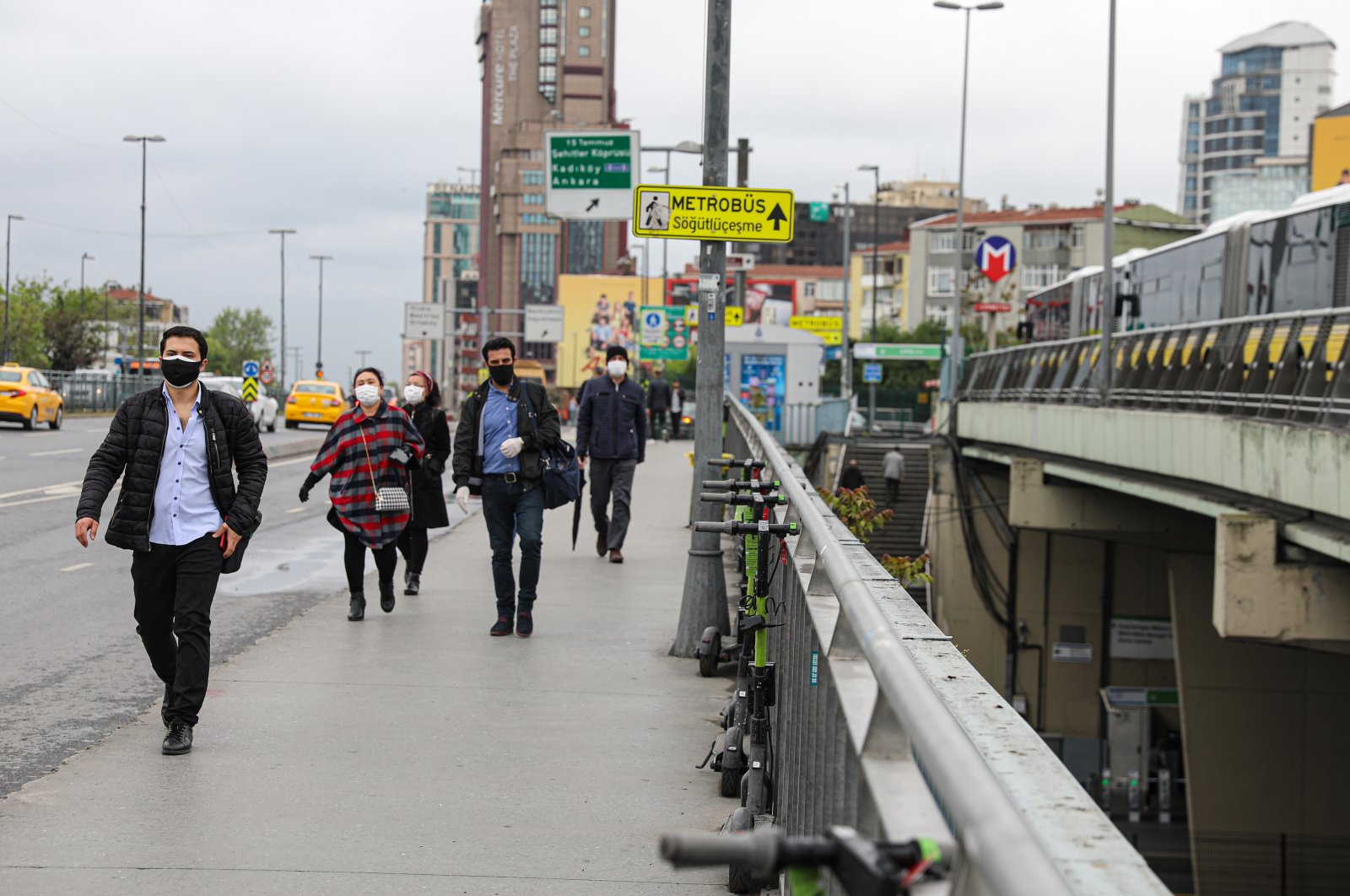 Turkey reached a milestone in its fight against the coronavirus pandemic with recoveries exceeding more than half of patients, just as the government is considering easing some restrictions on daily life

As the number of fatalities from COVID-19 continues to decrease, there is another ray of hope for Turkey, which has been embattled with the pandemic since March, with an increasing number of recoveries that have now exceeded more than half of the total number of cases. This comes at a time when the government is considering the next steps toward much-anticipated normalization.

Turkey’s daily COVID-19 death toll has dropped to 61, while the number of recovered patients has exceeded the number of current coronavirus patients for the first time, Health Minister Fahrettin Koca announced Sunday evening.

The number of recovered patients in Turkey has reached 63,151, with 4,892 more recoveries on Sunday, while 24,001 tests have been conducted over the past 24 hours. The total number of tests have exceeded 1.13 million.

"We will achieve even better results if we continue to abide by the precautionary advice," Koca said on Twitter.

The total death toll in the country from COVID-19, the disease caused by the coronavirus, has risen to 3,397 as 61 more people died over the past 24 hours, according to data from the Health Ministry.

The number of patients still in intensive care stands at 1,424. Some 766 patients remain intubated.

After weeks of strict measures, the government may be ready to ease some restrictions. President Recep Tayyip Erdoğan was set to hold a weekly Cabinet meeting later on Monday and was expected to announce new measures and/or relaxed restrictions. The sixth videoconference Erdoğan has chaired since the outbreak gripped Turkey in March is expected to focus on the rescheduling of critical exams for millions of students, the relaxation of restrictions for about 7 million citizens aged 65 and above subject to a curfew since March 21 and other measures. The Cabinet is also expected to discuss more weekend curfews that recently started covering holidays. A four-day curfew was imposed in late April with the inclusion of National Sovereignty and Children’s Day. This month, Labor Day was merged with the weekend curfew for a three-day lockdown. A similar lengthy curfew is expected for upcoming Youth Day on May 19, which falls on a Tuesday.

Relaxed curfew for 65 and older

Professor Tevfik Özlü, a member of the Coronavirus Science Board, which advises the government on measures against the pandemic, said they are considering lifting the curfew for senior citizens on weekends when other members of the public are subject to lockdown. Speaking in a televised interview on Monday, Özlü said he believed it would be the “right step.” “Senior citizens have been confined to their homes for a very long time. This is a great risk for their physical and mental health. It is time to give them an opportunity to move, but we need to protect them at the same time. I think it is possible,” Özlü said. He said the science board discussed the issue, and senior citizens will be probably be allowed to leave their homes for a few hours at times when curfews are in place for other age groups. Turkey also has a curfew in place for people below the age of 20 while schools remain closed.

The Turkish public largely complied with the three-day curfews put in place in 31 provinces to stem the spread of the coronavirus, the Interior Ministry said Sunday.
In a statement, the ministry said that although most people adopted the stay-at-home rules, judicial or administrative proceedings were initiated for 27,828 people who violated the most recent curfew, which started on May 1. The ministry also said that the quarantine was lifted in 247 residential areas in 54 provinces.

Calling on citizens to observe social distancing rules and isolation, the ministry urged people to wear masks in necessary places. Despite positive results thanks to the measures, the ministry said: "The danger of the pandemic has not passed yet."

As a matter of fact, measures have paid off, as the city of Artvin shows. The city on the remote eastern side of the Black Sea region did not report any new case in 17 days, authorities announced. Officials said this is the result of the population adhering to measures and public health recommendations, ranging from staying at home and self-isolation to complying with social distancing rules. Deserted streets are a testament to Artvin’s success in combatting the outbreak. Some 857 tests were administered in the city, and the number of cases is only 39. Only five people have died of COVID-19, while others recently recovered and were discharged from hospitals. In the larger Artvin province, three districts did not report any cases at all. Dr. Mehmet Ali Dündar, a public health expert who serves as one of the deputy directors of the local health authority, told İhlas News Agency on Monday that they saw the results of measures taken and that Artvin “essentially sterilized itself.” “People adapted to this new way of life,” Dündar said, pointing out measures from curfews to closures of restaurants and other crowded venues to maintaining social distancing and avoiding crowding in public spaces. “We hope they will continue doing so until the danger is over (across Turkey). People should not feel relaxed yet,” he warned.

Görkem Türker, a local, said people were “careful” both for their own health and the well-being of others. “This is why the number of cases is low here. I think we defeated the virus and in about one month, we will be back to normal,” he said. Sami Özçelik said Artvinians have been very cautious, and those subject to curfews, namely people under 20 and above 65, did not violate the curfews as much. “The city is united against corona,” he said.