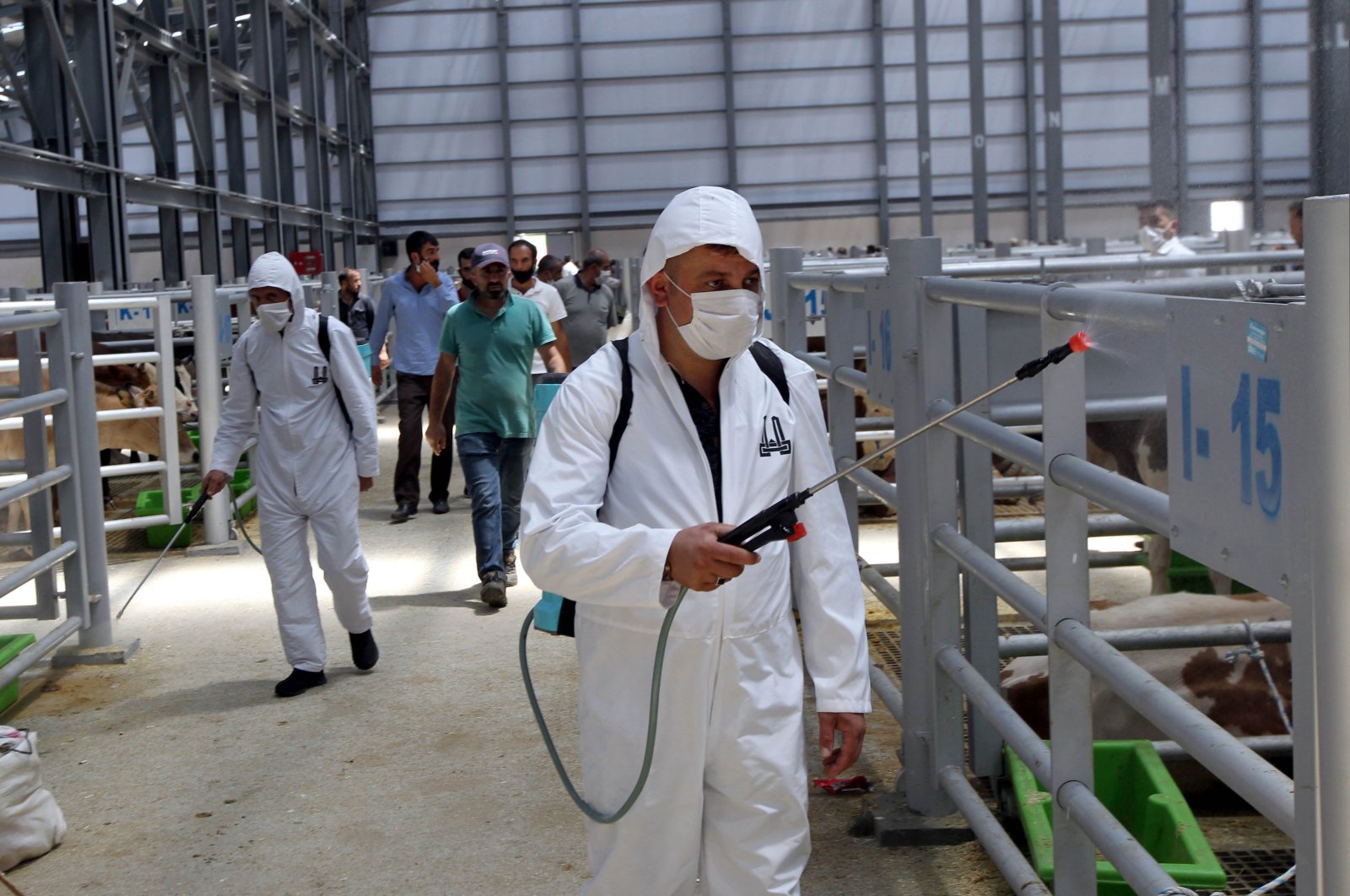 As the COVID-19 pandemic lingers, Turkey has been reporting daily fatalities below 20, while new cases remain below 1,000. The Health Ministry also announced there are no patients in critical condition in 21 out of 81 provinces

Turkey's coronavirus death toll increased to 5,630 with 17 new fatalities, while recoveries increased to 210,469 as 982 more patients recuperated from COVID-19, with 21 provinces reporting no patients in intensive care units.

Announcing the country's daily coronavirus figures on Twitter, Health Minister Fahrettin Koca said 919 new infections were found in 45,283 tests carried out in the past 24 hours as of Monday, bringing the country's total number of coronavirus cases to 227,019. Koca said the number of patients in intensive care units increased in the last three days in Istanbul, the capital Ankara, central Konya, southern Gaziantep and eastern Diyarbakır provinces.

"In 21 provinces, we have not had any intensive care patients in the last three days," he said, adding the smallest increases in the number of patients in intensive care units were registered in central Sivas, southwestern Isparta and Muğla, western Balıkesir and northeastern Bayburt provinces.

Since the normalization process started in June, Turkey has seen fewer drops in the number of new cases, with daily tolls mostly in the thousands. Although there has been no major increase in the number of new cases or deaths, with thousands of people recovering each day, the country recently accelerated efforts to bring the situation under control.

President Recep Tayyip Erdoğan, meanwhile, chaired the last Cabinet meeting before Friday's Qurban Bayram, or Eid al-Adha, a three-day Muslim holiday which will see an exodus of thousands between cities and mass slaughter of sacrificial animals. The government earlier ruled out a curfew. A curfew was imposed in late May during the Muslim holiday of Ramadan Bayram, or Eid al-Fitr. Speaking after the meeting, Erdoğan also dismissed the idea of a curfew but urged the public to exert caution against the coronavirus.

He advised the Muslim faithful to be careful about the slaughter and choose the second and third day of the holiday to prevent crowding in areas designated for the slaughter of sacrificial animals. He also called upon those who would travel during the holiday to follow rules to protect against the spread of the outbreak. “We should never neglect hygiene, mask and distancing rules both while slaughtering animals and exchanging Bayram greetings in this time of outbreak. We know these are bothersome rules, but we have to comply with them for our health and for the health of our loved ones. The good days, when we will have the good outcome of what we sacrificed (in the era of the pandemic) are ahead,” he said.

The province of Gaziantep, which has recorded a rise in COVID-19 patients in intensive care units in the past few days, decided to limit traditional visits to cemeteries during the upcoming Bayram. On the eve and first two days of Bayram, people will be banned from paying visits to cemeteries, a long-held tradition to honor ancestors during Muslim holidays. Gaziantep Governor Davut Gül also announced that wedding parties in the province will be limited to a maximum of two hours while other ceremonies related to weddings are banned to prevent overcrowding. “Controlled social life will continue until a vaccine is found, and that will take an estimated two years. With more crowded activities, the risk increased,” Gül warned in a social media post.

As people plan vacations, the COVID-19 threat is still something to take into account, experts warn. Professor Serhat Ünal, a member of Health Ministry’s Coronavirus Science Board, said vacationing in an isolated area like a forest did not pose a threat, but being outdoors, either at the sea or on lake shores with other vacationers does not ensure the virus will not spread. “Everyone is tired in this process and needs a vacation. For those who will spend their holidays in forests, in mountainous areas, in isolated environments, there won’t be a major problem of infection. But spending time with others, even outdoors, there is a risk,” he told Demirören News Agency (DHA) on Tuesday. Ünal said in enclosed spaces, droplets from people’s mouths and noses stay suspended in the air, and he reminded infections are spread by those droplets. “This is why people should wear masks and stay at least 1 1/2 meters away from each other. It doesn’t matter whether you are indoors or outdoors if you don’t follow this rule. Certainly, the risk is higher indoors, but it does not mean the virus will disappear while you are out," Ünal said.

Ünal also warned about following the rules during Bayram. “We don’t need restrictions if you follow the rules. You have to keep the distance. It is better not to accept visitors during Bayram. It is wrong to host 10 or 20 people at home. If you accept guests for Bayram, you have to reduce the numbers and keep social distancing at home. Everyone should wear masks and avoid shaking, kissing hands or hugs,” he said.