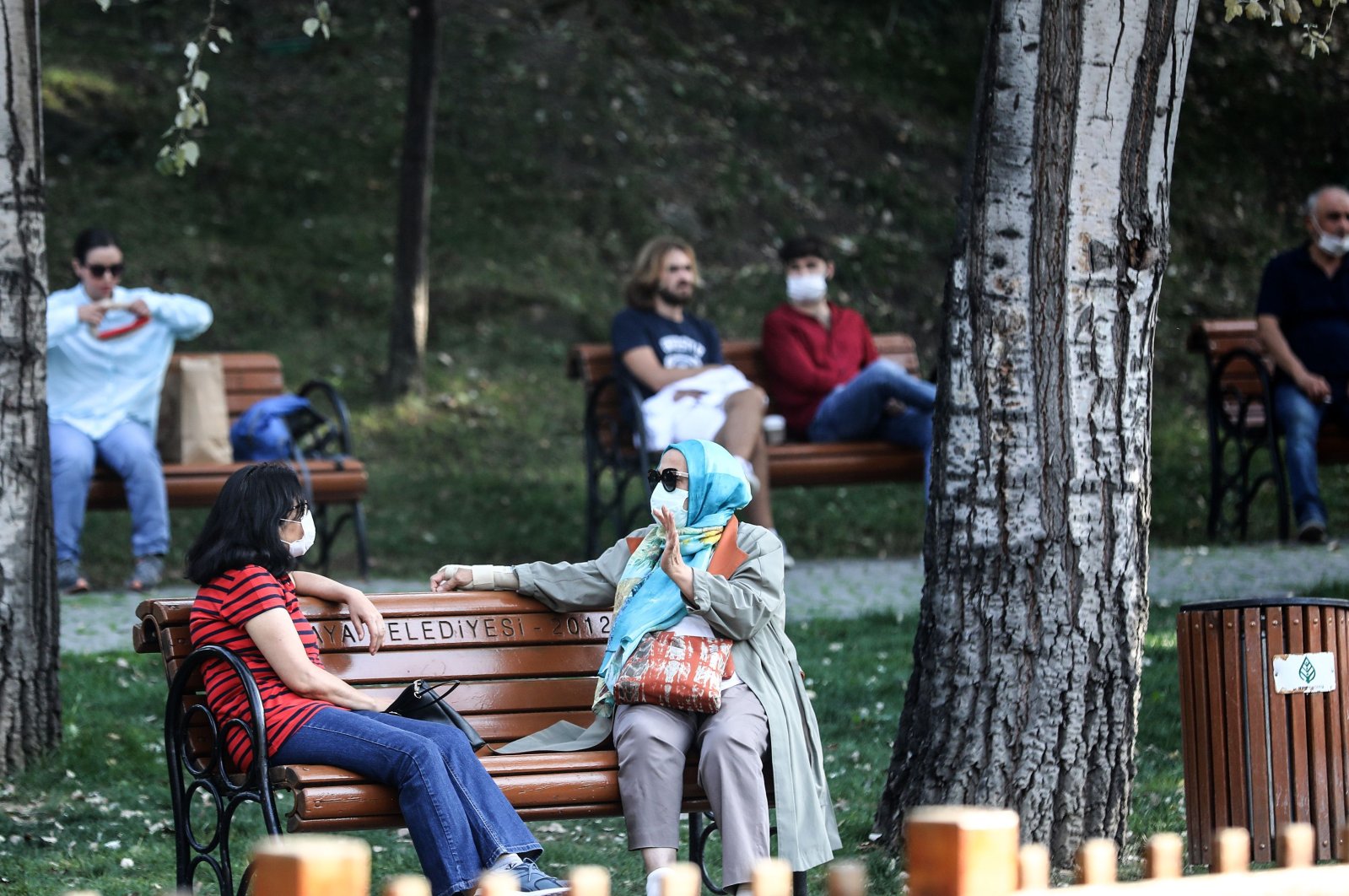 Fluctuations and occasional regional surges in the number of coronavirus patients shape Turkey’s strategy against the pandemic. As the country adapts to national regulations and a wide variety of measures specific to each province, a new rise in the numbers drove the authorities to take extra steps starting this week. Nevertheless, the harsh measures implemented in the early days of the outbreak are unlikely to return. Health Minister Fahrettin Koca said they were not planning a curfew in the face of the increase in case numbers but urged the public to be more sensitive to rules, especially wearing masks.

Turkey has reported 1,815 new coronavirus patients and over 1,500 recoveries in the past 24 hours, Health Ministry data showed Sunday. Health authorities conducted 101,403 coronavirus tests across the country, pushing the total number of tests to more than 12 million since the outbreak began. The country’s death toll from the disease reached 9,296, with 72 new fatalities. While the total number of patients now stands at 347,493, data showed that 1,504 patients had recovered from COVID-19, taking the total recoveries to 304,003.

As part of a “normalization” process, Turkey ended regular weekend curfews in big cities early in the summer and later lifted curfews for the elderly and the children. Starting from June, it allowed businesses to reopen as well. Authorities focused on rolling out restrictions on a provincial basis and the government handed over the responsibility to impose new restrictions to the governorate of each province. Yet, the most vital measures remained in place and were tightened even more, namely, mandatory mask use while outside and hygiene and social-distancing rules.

“We will be successful based on the level of compliance with the measures,” Koca told broadcaster CNN Türk on Sunday.

Koca said the pandemic was something “unpredictable” for everyone, and Turkey was under low risk at first. “We tightened measures after the virus made it to Iran. Turkey managed to eliminate the impact of the outbreak by shutting down its borders, canceling flights and setting up field hospitals on the borders early on. Busy traffic between Turkey and Europe in the first days of the outbreak inevitably led to the virus’s foray into our country, and Istanbul has been the first center of the first wave of coronavirus,” Koca said.

The efforts to contain the outbreak on a local level continue. The Interior Ministry on Monday announced that 34 locations across Turkey, including villages and neighborhoods in 19 provinces, are currently under quarantine. The number of people under quarantine stands at 20,232. The ministry said in a written statement that quarantine measures in 1,064 locations in 70 provinces were lifted earlier.

On Sunday, the ministry announced that as of Monday, coronavirus inspections would be conducted every day ahead of the arrival of the flu season. It ordered all provincial public health boards across the country to convene within the next 48 hours and prepare detailed analyses of the outbreak situation in their respective provinces. They were also asked to advise on any special measures that need to be taken in their jurisdictions. According to the circular, police officers and other local security forces will carry out inspections throughout the week, with the target of inspections changing every day. On Monday, social gathering places such as parks, cafes and restaurants were inspected, while on Tuesday, mass transit vehicles, bus terminals and airports will be the focus of scrutiny.