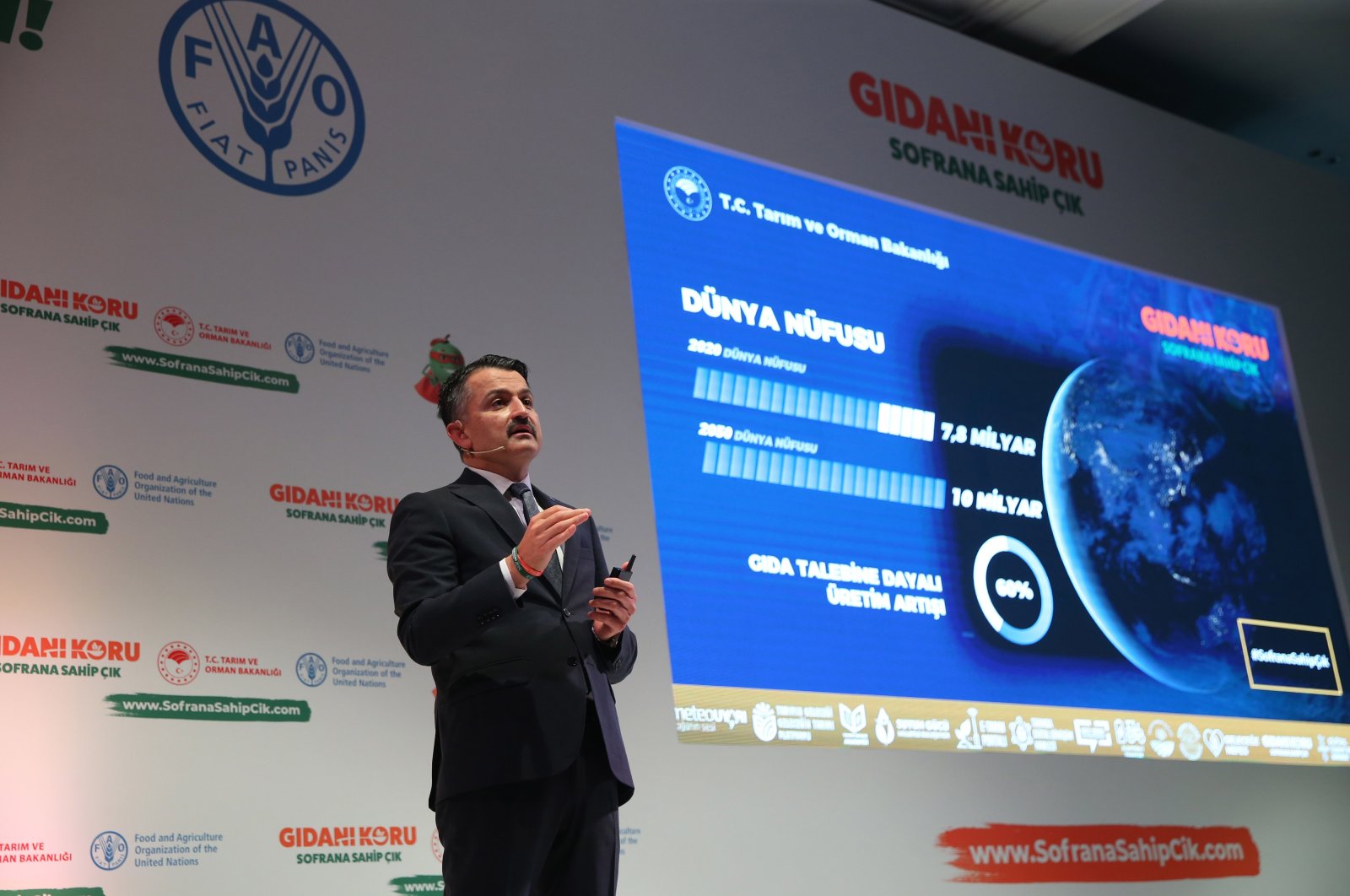 The government joined forces with the Food and Agriculture Organization of the United Nations (FAO) for a new initiative to prevent food waste. The “Save Your Food” campaign was launched Wednesday by Agriculture and Forestry Minister Bekir Pakdemirli.

The campaign aims to curb food waste in each stage of food processing, from farms and fields to the table. A website, sofranasahipcik.com, will be the main portal for the campaign and will inform millions on how to prevent waste.

Speaking at the event in Istanbul, Pakdemirli said they would urge people to “buy as much as they need” to prevent waste. “Our website and social media accounts have up-to-date information on helping customers to plan their shopping, consume consciously and not to waste their food. It offers tips on food and shopping management and how to store food properly so it won’t become stale,” Pakdemirli said. The campaign also employs a mascot, Cano, to endear children to the benefits of fighting waste.

The website has already reached millions, especially with its popular videos on recipes to convert leftovers into delicious dishes.

The minister said one-third of food goes to waste and people are not “conscious” while shopping. “We don’t know how to store our food and have more than we can eat on the plate. We have many tips for those who don’t know it, like not storing bananas in the refrigerator,” he said. Bread, a staple on Turkish tables, is among the most wasted food. Recipes on the website focus on dishes that can be made with stale bread. Pakdemirli also pointed out waste in restaurants and said they recommended customers have what is left on the plate packaged to go. Water wastage has also been highlighted in the campaign. Pakdemirli says water was not only for human consumption but a large number of water resources are used in agriculture and breeding. “Even the production of a single egg, before it becomes an end product, needs 135 liters (35.5 gallons) of water. So, having one egg thrown away because it became rotten, means a serious waste of water,” the minister highlighted.

The campaign will also raise awareness of the issue among children with cartoons on the subject and educational material in the government’s online national education network.

In 2021, restaurants, cafes and hotels will be certified for their measures against waste, while the government will train businesses on how to prevent it.