Once a 'doomsday' shelter, Şirince village in western Turkey now a pandemic getaway 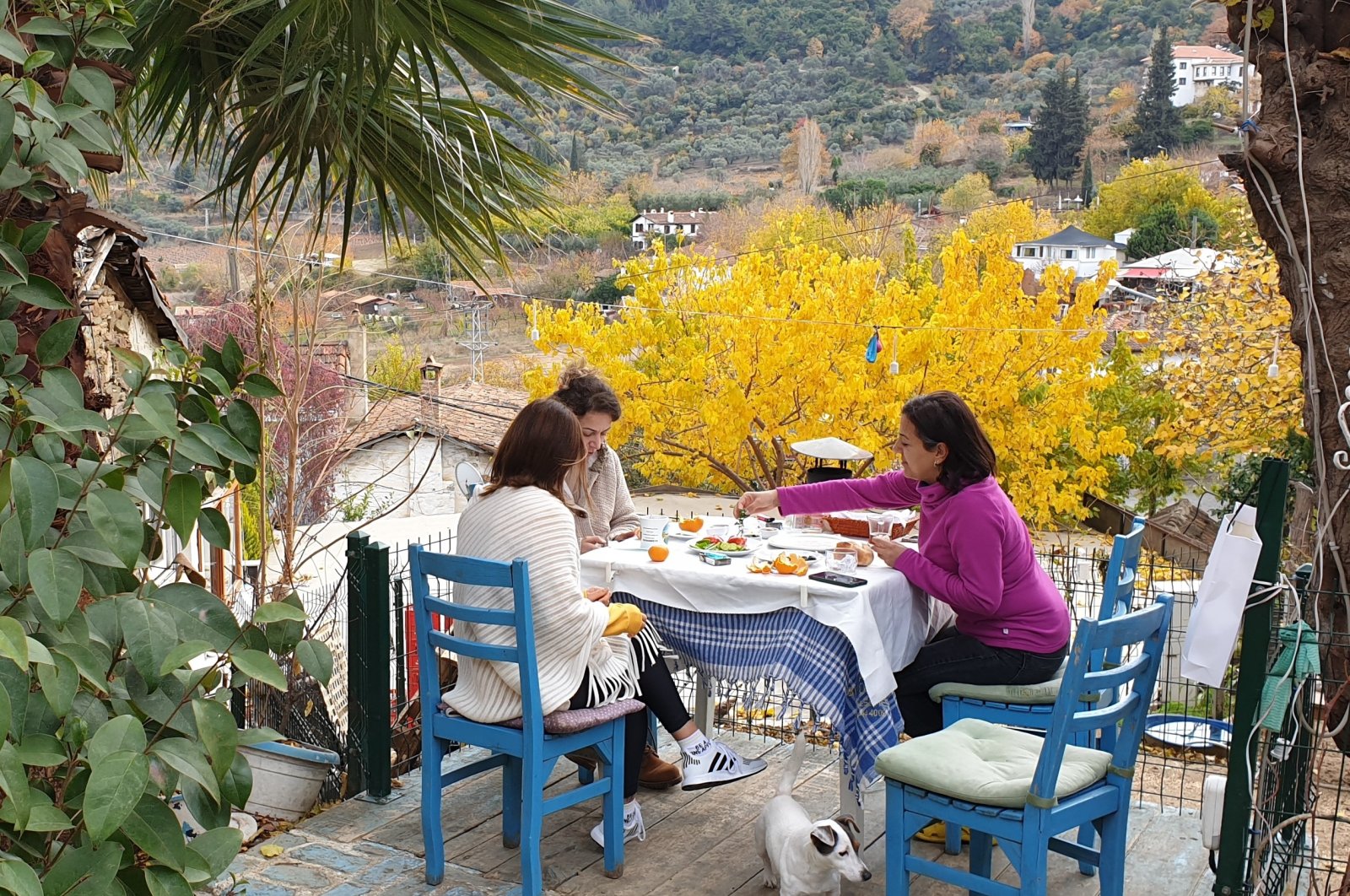 As December rolls in, people descend on the quiet village of Şirince in the western province of Izmir's Selçuk district. This time, escaping restrictions imposed due to the coronavirus outbreak.

The village of about 500 inhabitants made headlines in 2012 as a safe haven for people fleeing a looming catastrophe, Doomsday. Along with a French village, Şirince was thought to be one of the only two places on earth to be spared if the Mayan prophecy interpreted by New Age spiritualists were to be true and the world were to end on Dec. 21, 2012.

Hundreds, if not thousands, waited out the day at the village – helping bring in revenue to the quaint thought-to-be sanctuary.

Today, Şirince attracts people from big cities and tourists, looking to escape suffocating lockdowns in the evenings and weekends. The village nestled in lush nature has a number of houses, some over 100 years old, which have been converted into small hotels for visitors to stay. Its some 45 hotels and lodges can accommodate up to 500 visitors and usually see a boom in bookings on the weekends.

Located on a green slope, surrounded by olive trees, the village's stone-paved alleyways lead you to its houses characterized by their white bay windows. The village was historically home to a Greek Orthodox community who left in 1922 during a population exchange following World War I.

Mustafa Ozan, the proprietor of one of the lodges, told Anadolu Agency (AA) on Sunday that bookings skyrocketed once the curfew was implemented. “We adhere to hygiene rules and our guests love Şirince,” he said.

Sevgi Yılmaz was among the weekend visitors to Şirince. She traveled to the village from the western province of Aydın. “Instead of staying in the city, we opted for village life. It is really beautiful here,” she said.

Like elsewhere in Turkey, Şirince's narrow alleys were empty after curfew, but visitors enjoyed moving freely in the courtyards of the houses where they stayed.