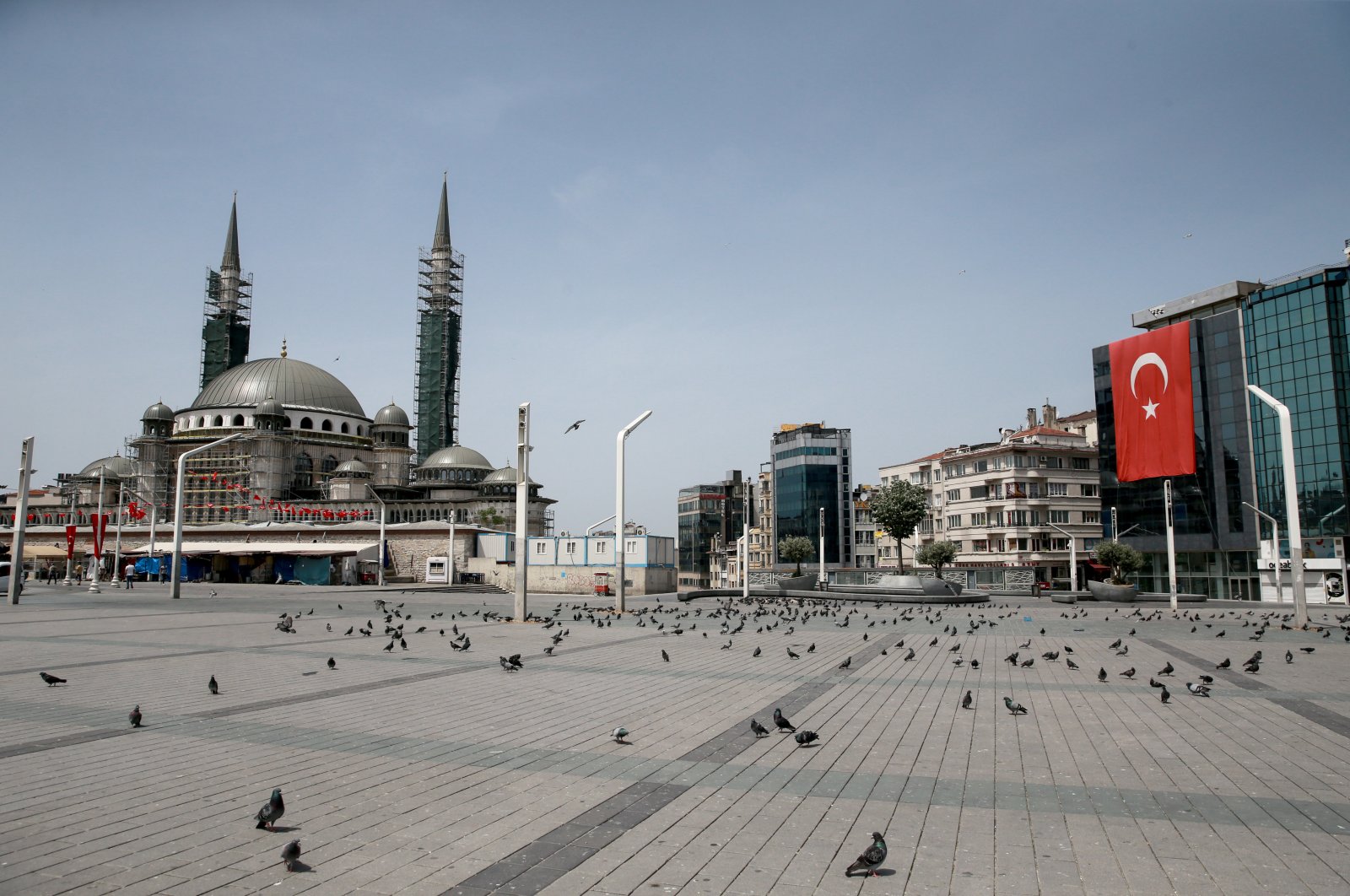 As COVID-19 fatalities drop and number of recoveries increase, Turkey announced another four-day curfew in big cities that is expected to be the last as President Recep Tayyip Erdoğan announced further easing of restrictions

“We will have a double Bayram,” President Recep Tayyip Erdoğan said a few weeks ago, referring to this weekend’s Muslim holiday of Ramadan Bayram, also known as Eid al-Fitr. The holiday, however, will be a muted occasion due to the COVID-19 pandemic as Erdoğan announced a nationwide four-day curfew spanning Bayram.

Erdoğan’s earlier remarks pointed to an improving situation related to the outbreak. Although he announced the new lockdown for all 81 provinces, he was still optimistic as he also rolled out a further lifting of restrictions after a Cabinet meeting Monday.

"Turkey is successfully winning the battle against this outbreak," Erdoğan said. Indeed, fatalities continue decreasing and the rate of recoveries is climbing. The latest curfew, announced during another curfew that started last weekend, could be the last as the country gradually inches toward a normalization process.

The president said a new curfew will be in place across all 81 provinces from May 23 to May 26 as part of measures taken against the coronavirus pandemic. A three-day holiday to mark Bayram starts on May 24.

Ankara has imposed lockdowns across major cities over the past five weekends, as well as on national holidays, in order to slow the spread of the new coronavirus.

The government had earlier signaled it would relax restrictions in June and social media has been awash with an unconfirmed “schedule” of normalization steps, giving exact dates for the reopening of businesses, schools and public spaces. Curfews are among the strictest measures Turkey has taken, as some people defied calls to stay home in the first stages of the outbreak in March. The move, extended as rising spring temperatures lured more people outdoors, has been successful so far. The success is credited with relaxations in each subsequent curfew. The public is allowed to go out to the nearest bakery and, in recent curfews, for grocery shopping as well.

Erdoğan also said that schools in Turkey would not reopen this term and the new school year will start in September. In addition, the house arrest period for prisoners, who were released as part of coronavirus measures, had been extended by two months.

He asked citizens to comply with social distancing rules, warning that stricter measures could be adopted if there was a surge in the spread of the virus.

Erdoğan went on to say that the country was not facing any difficulty in meeting the demand for medical and hygiene equipment. He stressed the only way to end the pandemic was to eliminate the virus globally.

Turkey has gradually started to take more steps for post-coronavirus normalization in recent weeks. As part of the normalization process, Erdoğan said mosques in Turkey would be partially reopened starting for Friday prayers on May 29. On March 16, the country's religious authority, the Presidency of Religious Affairs (Diyanet), announced a nationwide ban on prayer gatherings, including Friday prayers, in the wake of the coronavirus outbreak.

Reiterating that the state would stand with its people in these turbulent times, Erdoğan said financial aid had been dispatched to 5.5 million low-income citizens.

Meanwhile, authorities officially extended a travel ban in 15 major cities for 15 more days due to the pandemic, the Interior Ministry announced Tuesday.

In a statement, the ministry said the travel ban will be in place between May 20 and June 3, and strict administrative fines will be imposed on those who do not comply with the travel restrictions.

The ministry added that air, land and sea travel to and from these provinces will be restricted.

Earlier in April, Turkey imposed the country's first travel ban across 31 provinces to stem the spread of the virus and later lifted some of them as case numbers improved.

The number of confirmed coronavirus cases in Turkey has exceeded 150,000, the Health Ministry said Monday.

"The role of our days spent at home is very important in the fight against the spread of the coronavirus," he said.

Furthermore, 1,615 people have recovered from COVID-19 in the past 24 hours, Koca announced Monday. More than 111,500 patients have been successfully treated since the outbreak began.

Professor Ateş Kara, a member of the Health Ministry’s Coronavirus Science Board, says Turkey may be prepared to produce a coronavirus vaccine in spring 2021.

Speaking to the Turkish language daily, Sabah, Kara said Turkey had sufficient infrastructure in developing its own vaccine. “The efforts to develop a vaccine have been fruitful. If they continue successfully, Turkey will be able to produce a vaccine in the spring of 2021. Vaccine development has about 10 stages and we are currently in the third stage, in which vaccines can be tested on animals,” he said.

Turkish scientists and pharmaceutical companies are working on developing a locally made vaccine and drugs to treat COVID-19. The country’s top scientific body, the Scientific and Technological Research Council of Turkey (TÜBİTAK), set up a platform to coordinate anti-coronavirus projects. The platform includes 225 researchers from 25 universities, eight public research bodies and eight private firms. One company received a sales permit from the government earlier this month for a locally made drug while another company announced a production permit for a generic drug.
MANDATORY MASKS FOR İZMİR

Turkey’s third-biggest city İzmir joined the growing list of cities and towns making face masks mandatory. City’s Public Health Board issued a regulation on Tuesday that requires residents to wear masks in certain streets and open-air public spaces.
İzmir Governorate said in a statement that the ban, which will cover 30 districts and central areas of İzmir, was necessary to “manage the risk the pandemic posed to public health.” The governorate, like others across Turkey, is tasked with setting up a pandemic board by the government. The pandemic boards are a decentralized response to the pandemic and each can take decisions specific to each city. The governorate said the mask decision was part of efforts to reduce contacts between people and social mobility.