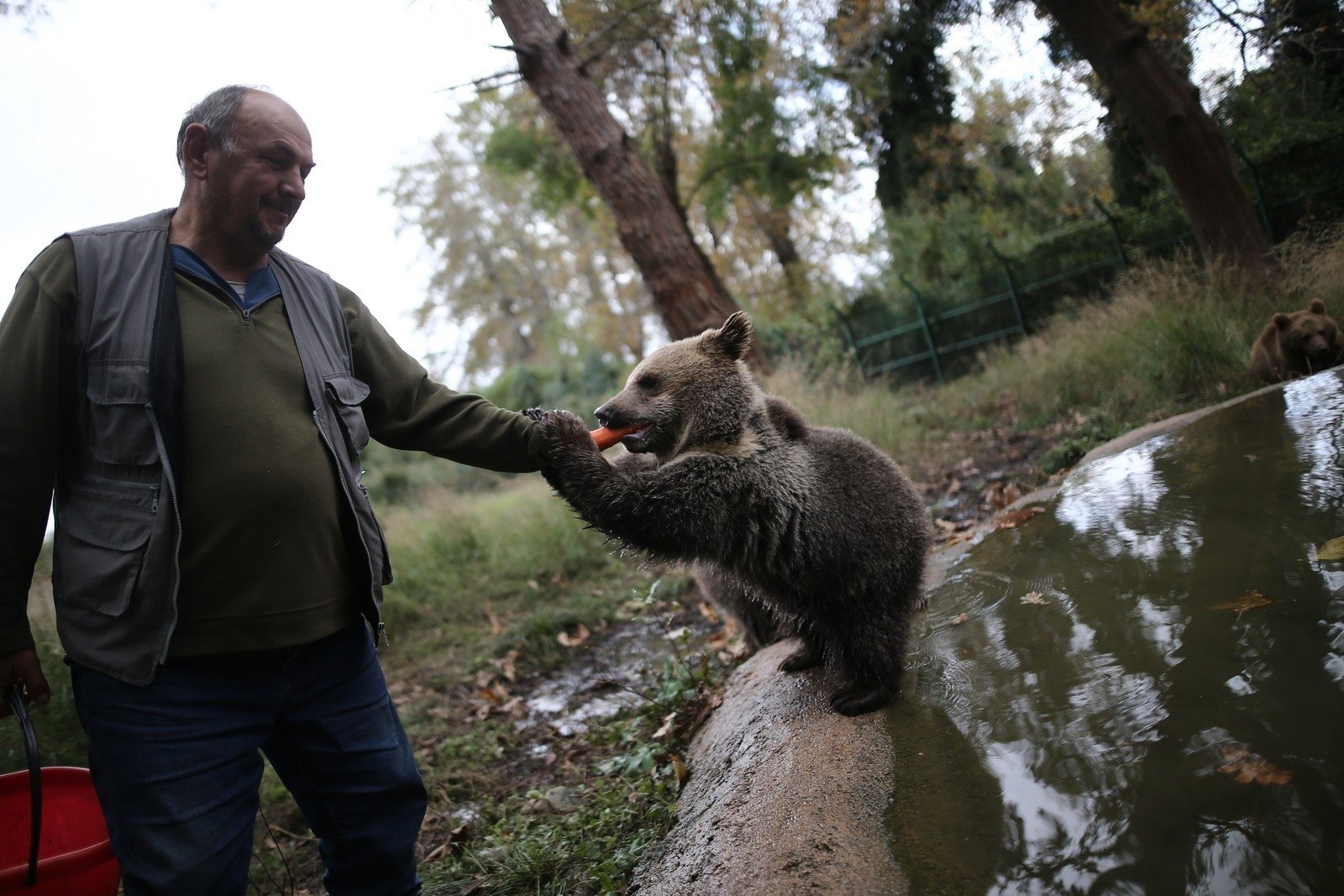 Five cubs are the latest residents of the country’s only shelter for bears in northwestern Turkey. The shelter in an evergreen grove helps bears adapt to a new life after being separated from their mothers for various reasons.

The Ovakorusu Bear Shelter is located in the Karacabey district of Bursa province. The shelter, established in 1996, hosts 71 bears, and its latest tenants are the only cubs. The cubs have been brought to the site from all around Turkey after being found lost and alone at the age of 7-8 months. Cubs often leave their mothers during mating season when mothers seek new mating partners and cubs are seen as a threat by adult males. However, they struggle to survive without adults around.

At the shelter, the cubs found a comfortable home where their carers feed them fresh vegetables and fruit, from carrots to apples, their favorite food. Veterinarians regularly check their health.

The cubs will be held in a separate section of shelter, away from the adults, until they reach the age of 2.

Bears have been an inseparable part of Turkey’s diverse ecosystem, but they were also victims of maltreatment at the hands of humans. The shelter in Karacabey was established to provide a new life to bears saved from the now extinct practice of forcing them to dance. This inhumane form of entertainment saw bears cruelly tamed, starting from an early age. These captive bears, once common throughout the country, were forced to tour in chains with their owners.

The shelter also houses bears injured in nature, shot or trapped by hunters and those injured in traffic accidents.